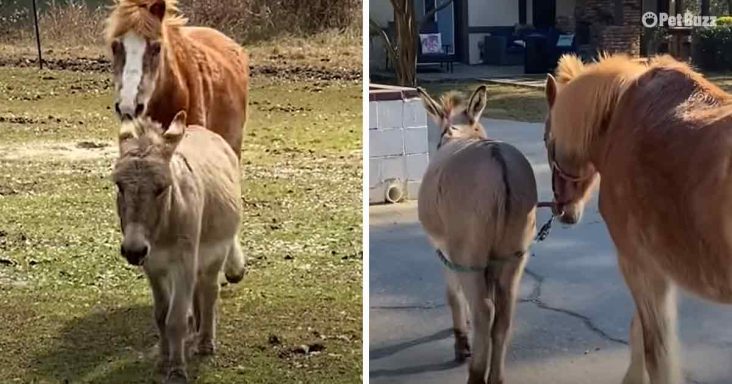 Gidget, a 33-year-old blind pony, has a best friend and seeing-eye donkey named Eeyore. They were brought together after both of them lost their best friends. 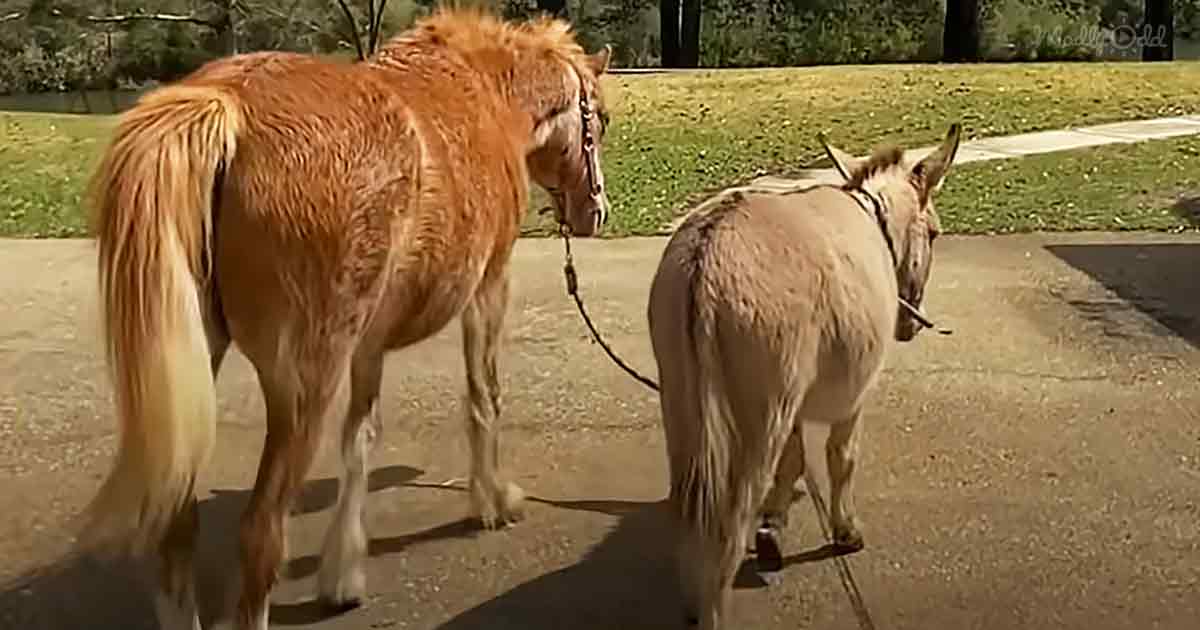 Ana, who takes care of them, had a crazy idea one day to try and bring them together. Eeyore and Gidget were convinced right away, and their connection was instant.

Even Ana was shocked by how quickly they got along. Then one day, she noticed that Gidget was following Eeyore. She never even told or taught Eeyore how to guide Gidget around. 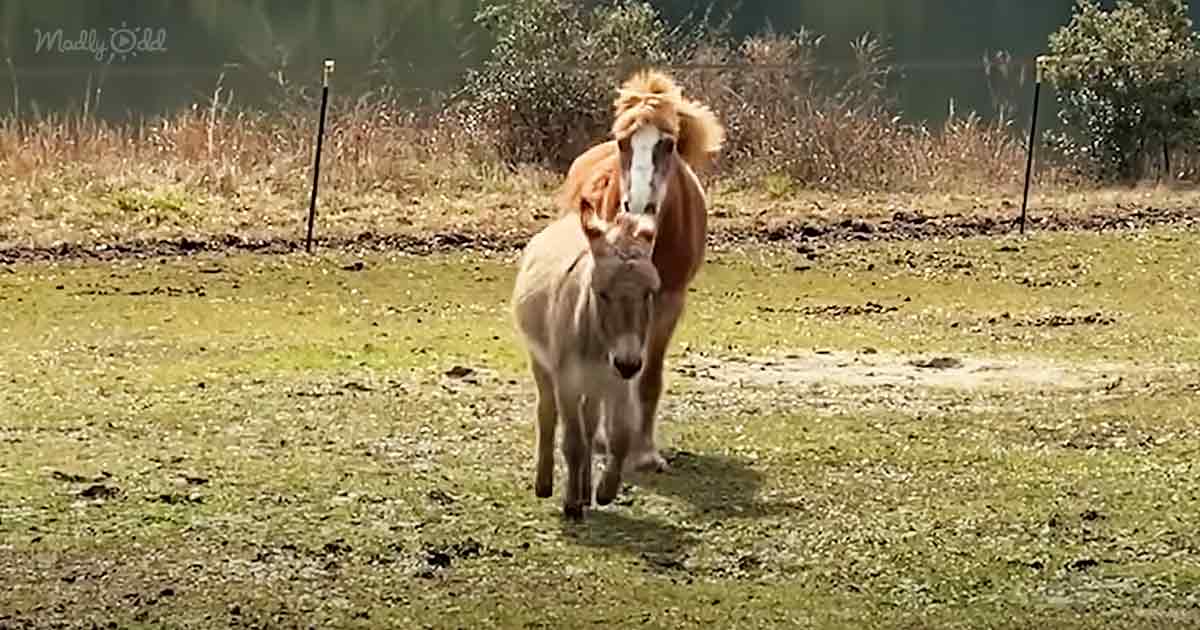 Eeyore knew his role, and Gidget was happy to let him lead. Gidget was rescued three years ago, and she was a mess. She was placed with a mustang named Zeus.

Zeus was Gidget’s best friend, and they lost him to cancer. When Eeyore was rescued two years ago, he was placed with a massive black horse named Thor. 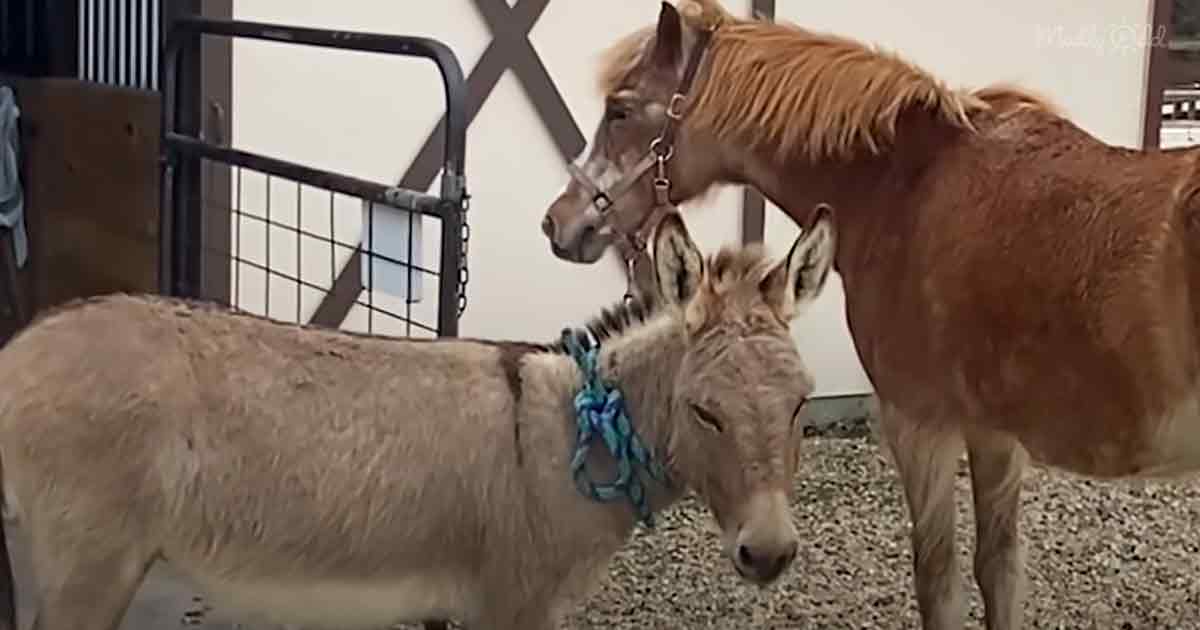 Eeyore loved and adored Thor, but unfortunately, Thor also passed away from cancer. Gidget and Eeyore were brought together when they needed each other most. Ana loves to watch their relationship blossom.

Gidget and Eeyore are very destructive together as they try to get into everything. They are always trying to open up gates, and when Gidget wanders off, Eeyore always goes to steer her back. Theirs is a beautiful and heartwarming story. 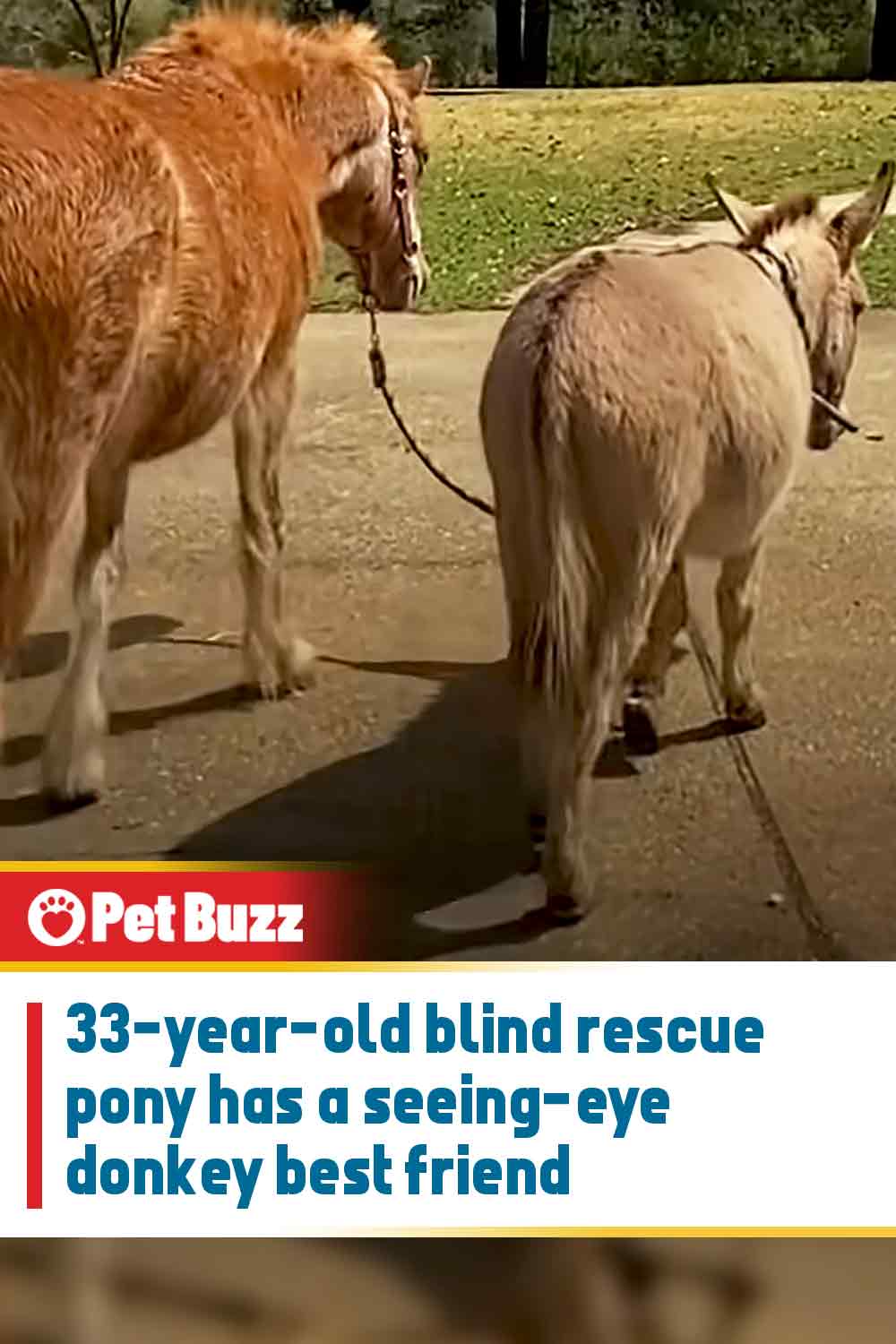