People and dogs have long had a special bond. Like other pets, a loyal, loving dog can help someone through difficult times. What’s amazing is what a dog was able to do for a little boy who suffered terrible injuries in a car crash.

The head-on collision left 6 year-old Caleb with several broken bones, but those would be easy enough to fix. What wasn’t going to be so easy to deal with was the traumatic brain injury he’d suffered. The impact slammed his brain into the front of his skull and the shock killed millions and millions of cells throughout his brain. In the early going, it wasn’t clear if Caleb would even survive and if he did, what kind of life he would be able to lead. Much as they would have wanted to be optimistic, his parents were becoming discouraged.

When “dog therapy” was suggested, Caleb’s parents decided it was worth a try. There was nothing to lose: conventional medical treatment seemed to be at a dead end. In short order, a highly-trained and amazingly gentle golden retriever named Colonel along with his volunteer handler made their first visit. The effect was incredible. Caleb wasn’t instantly cured, not even close, but it was obvious that the dog was having a positive effect from the get-go: rhe boy was suddenly a lot more responsive. It would be another month until Colonel’s next visit, but Caleb’s progress continued in the meantime. It was as if that first visit from the dog kick-started the whole process of recovery. By the time Colonel returned, the improvement in Caleb’s condition was astonishing. 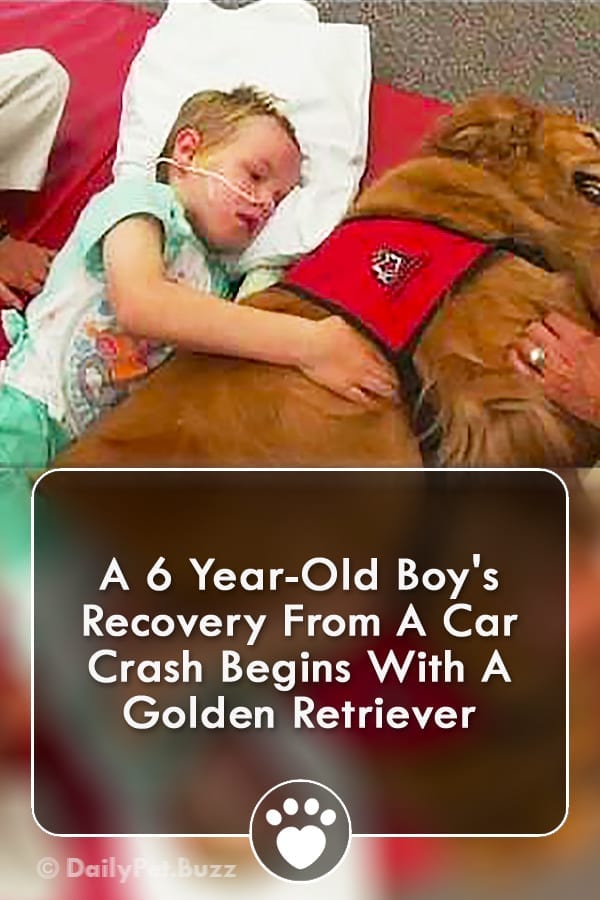