The power that a parent can tap into when their child is in peril is incredible. You’ve probably heard the story of the mother who was able to lift and entire car off of her child, who’d been caught underneath. Whether that’s a tall tale or not, the adrenalin that surges through a parent’s veins when they see any kind of threat coming towards their children can result in feats of strength, speed, and intuition that would take your breath away. It’s survival instinct, in part, but I think the power comes from the sheer force of their love, more than anything.

The dad in the video above acted without having any time for thought, and his catch is one for the record books. Shaun Cunningham, a resident of Maitland, Florida, took his son Landon to a baseball game one fine spiring afternoon. The two were sitting in the stands, enjoying the action, when suddenly something went awry. The pitcher took aim, wound up, and released the ball. The hitter took a swing, giving it all his strength”and lost grip of his bat.

Hurtling through the air like a deadly weapon, the bat made a beeline for Landon’s face. There was no time to think, just act. Shaun’s arm sprang out, perfectly in line with the oncoming bat. Landon looked up from his dad’s phone just in time to see his father’s arm covering his face. A second later and it was all over, the bat clattering to the stands, Shuan’s arm quickly developing a welt, and Landon’s precious face completely safe and unharmed. All I can say is: Wow. That gut instinct took over, and this father protected his child.

Check out Shaun and Landon’s story in the video above. What did you think? Leave us a comment, we’d love to hear from you! 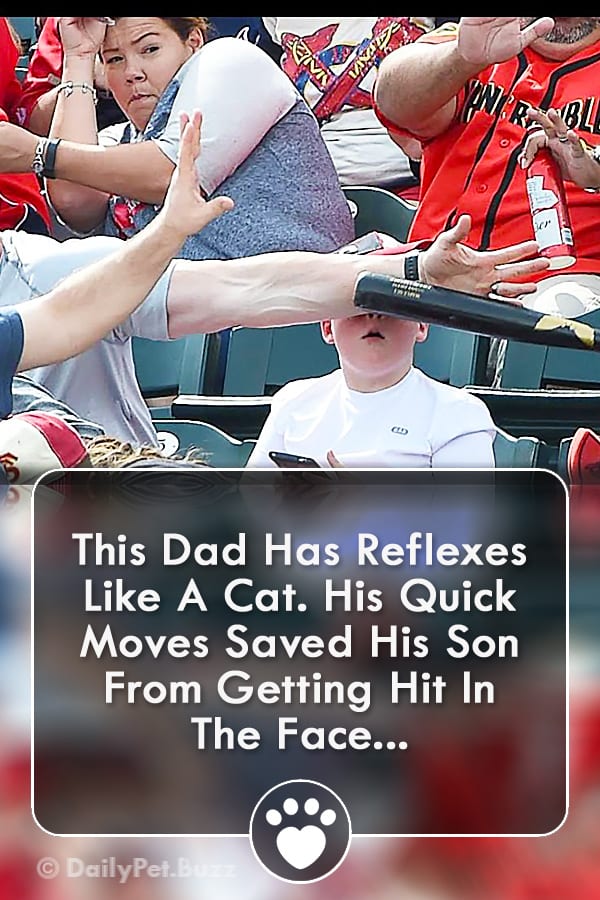