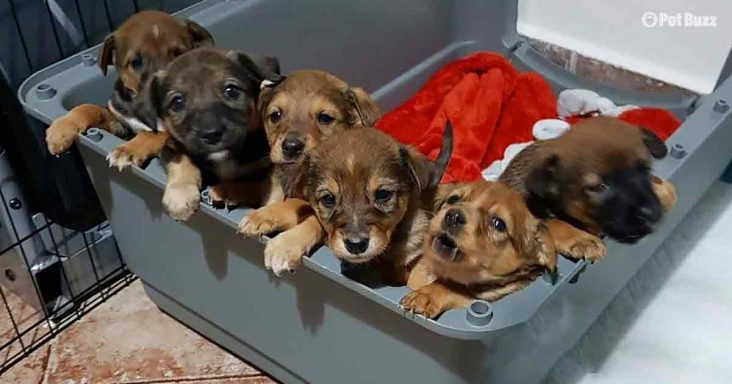 Danna, a rescuer from R.A.F., saved several puppies who were living in a dumpster. She saw tiny eyes looking up at her, and the poor pups were surrounded by trash.

The baby dogs had probably been living there for two or three days. They were extremely terrified and squealing as the rescuers picked them up one by one.

At the back of the car, the puppies were placed in carriers, and the heater was on just for them. Danna was told there were five pups, but they actually found seven.

Then Danna dropped off the puppies at their foster. After the puppies were cleaned up, they fell asleep while cuddling. Everyone was worried about one puppy, Esme, who they didn’t think would make it.

Esme was so small, and the foster even slept with her the first night because she was afraid for her. They were surprised to see Esme wagging her tail and barking two days later.

It turned out that Esme was feisty despite being the runt of the litter. Four months later, all the puppies were adopted. Their names were Barnaby, Sienna, Arthur, Harper, Winnie, Ralph, and Esme.

The one who adopted Esme spoils her as much as she can. Esme is always at the beach and even goes to work with her new mom. She is no longer the smallest of her litter. 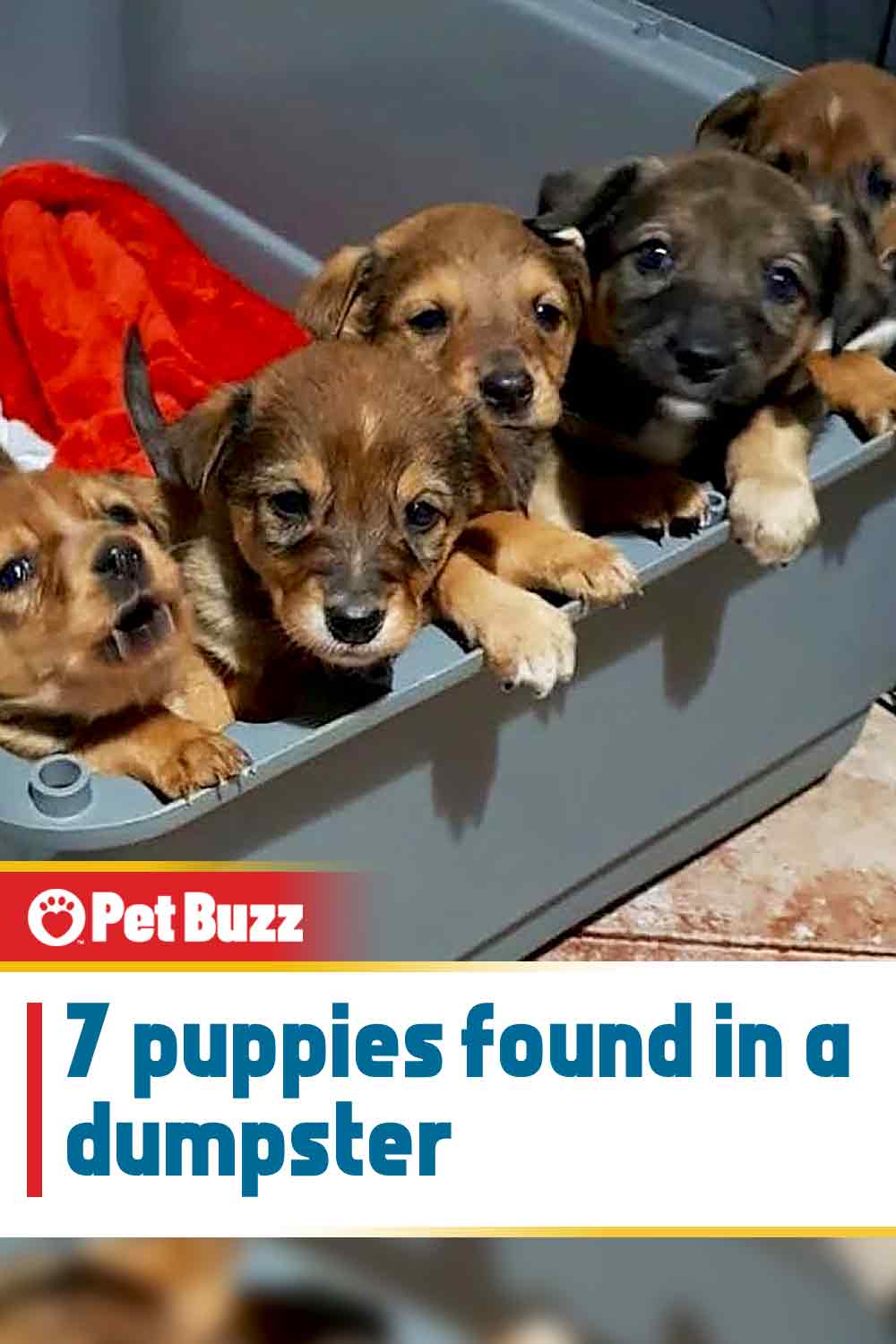