No matter who you were or what you were doing when it happened, there’s no denying that September 11, 2001, was a very shocking day for you. Most of us just watched, in fear and dismay, unable to do anything to help, besides staying informed and maybe alerting anyone you knew who was in N.Y. during that day. We all wished to help in any way that we could.

Many great heroes have been recognized for having helped during that tragedy, mostly policemen, firefighters, flight crew members, and those who worked at the W.T.C. But few remember some of the less known heroes who still rushed that they to help anyone they could.

This video helps us remember some of the dogs who helped during the 9/11 attacks. It shows many pictures of the different search and rescue dogs who made an effort that day, and even though dogs don’t understand what terrorism is, and had no idea what went on that day, they still were some of the first ones to rush to help.

Even in the darkest of times, dogs never leave us behind. Watch this touching emotional video right below. These dogs were also heroes on that tragic day and deserve all the respect they can get for their rescue efforts. 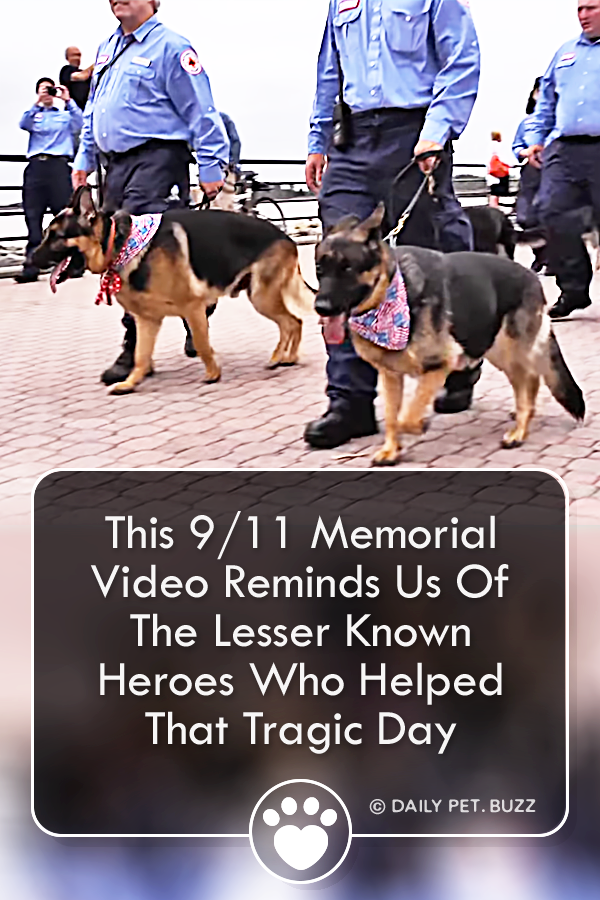