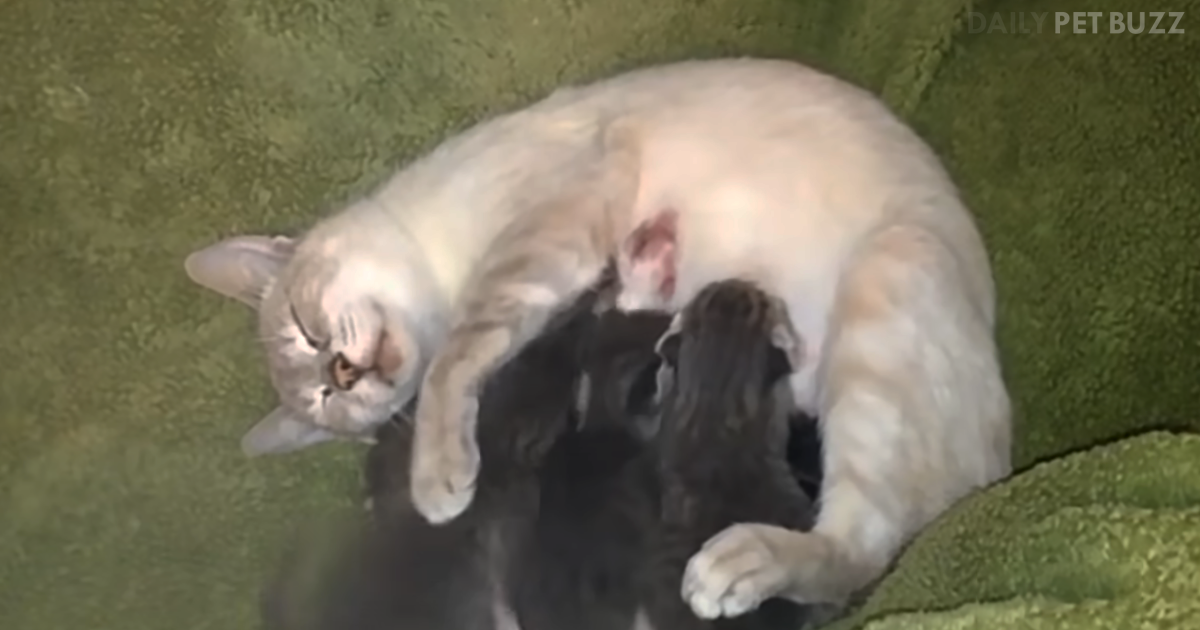 This is a story that starts off on a sad note. A litter of Chihuahua puppies was found, having been born prematurely, and abandoned by their mother. Two of the four newborns had perished, but the rescue workers brought those two to their shelter. There they found another dilemma – finding a way to feed and nourish them.

Look at those puppies in the video. They are TINY. Their eyes hadn’t even opened, which meant that the rescuers had time to find another animal for them to latch onto. Apparently, there were no dogs that fit the bill to mother these tiny babies. So, they tried a different species entirely, a cat who had just given birth herself, trusting that her already activated motherly instinct would allow her to welcome these two new additions to her already large group of kittens.

Fate smiled on them that day. Everyone bonded, and the two Chihuahuas became honorary cats. The video didn’t say if they had started meowing themselves, but it wouldn’t surprise me. Hey, children move from one country to another at a young age and switch accents like they’re switching toothpaste. Why couldn’t a dog switch to sounding like its adopted mother? Then again, that would be a strange sight to see and hear.

Hopefully, the dogs were adopted a short time later. If this were a TV show, I could see one of their new owners looking down with a frown. ‘Honey, why is the dog coughing up a hairball and chasing a mouse? It’s also batting a ball of yarn at me and only wants to go to the bathroom in a litterbox.’ 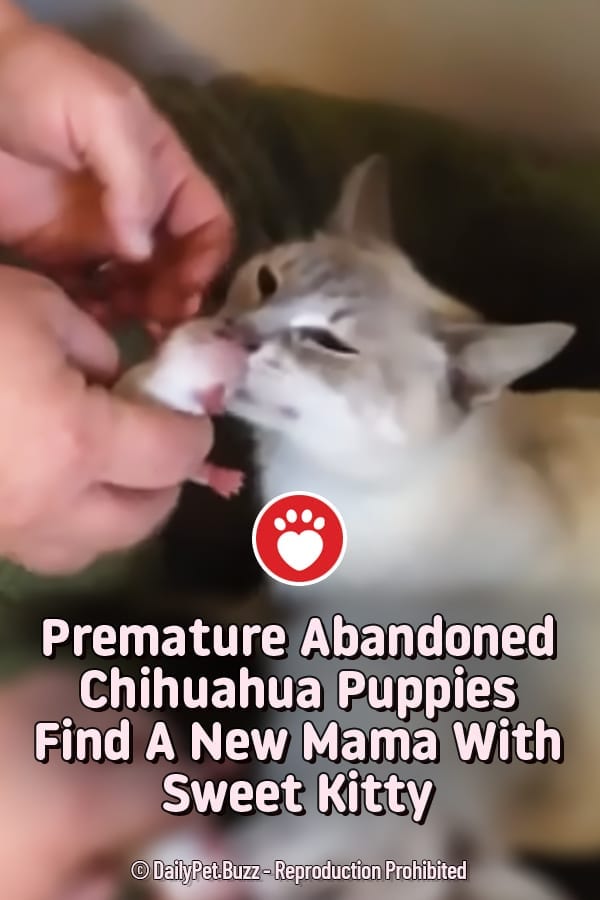