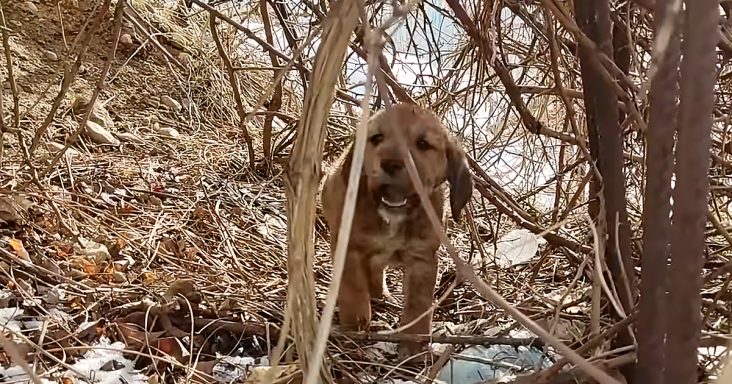 People had been hearing a puppy cry for weeks, and finally, someone called Paw Squadron for help. The rescuers arrived at the snowy scene and looked for tracks.

It took some time, and they finally found the stray puppy hidden behind some fallen twigs and branches. The temperature had gotten down to 1.4 degrees Fahrenheit.

The puppy was shivering and frightened. She was around 2 months old, and the rescuers gave her time to become comfortable with them. After a while, the puppy felt safe enough to approach.

One of them picked her up, and the puppy was grateful to feel some warmth. There was no sign of her mother around, and they took her to the car and turned up the heater to the max.

The puppy was starving, and they gave whatever food they brought with them. She was covered in mud and dirt and needed to be given a bath. During the car ride, the puppy fell asleep.

It turned out that the puppy did not like water, but they were gentle with her during the shower. There was a lot to clean as it was probably her first bath ever.

She met another puppy, and they played together, then she was taken to the vet. The puppy was checked and given the medicine she needed. It was a good day for the stray dog. 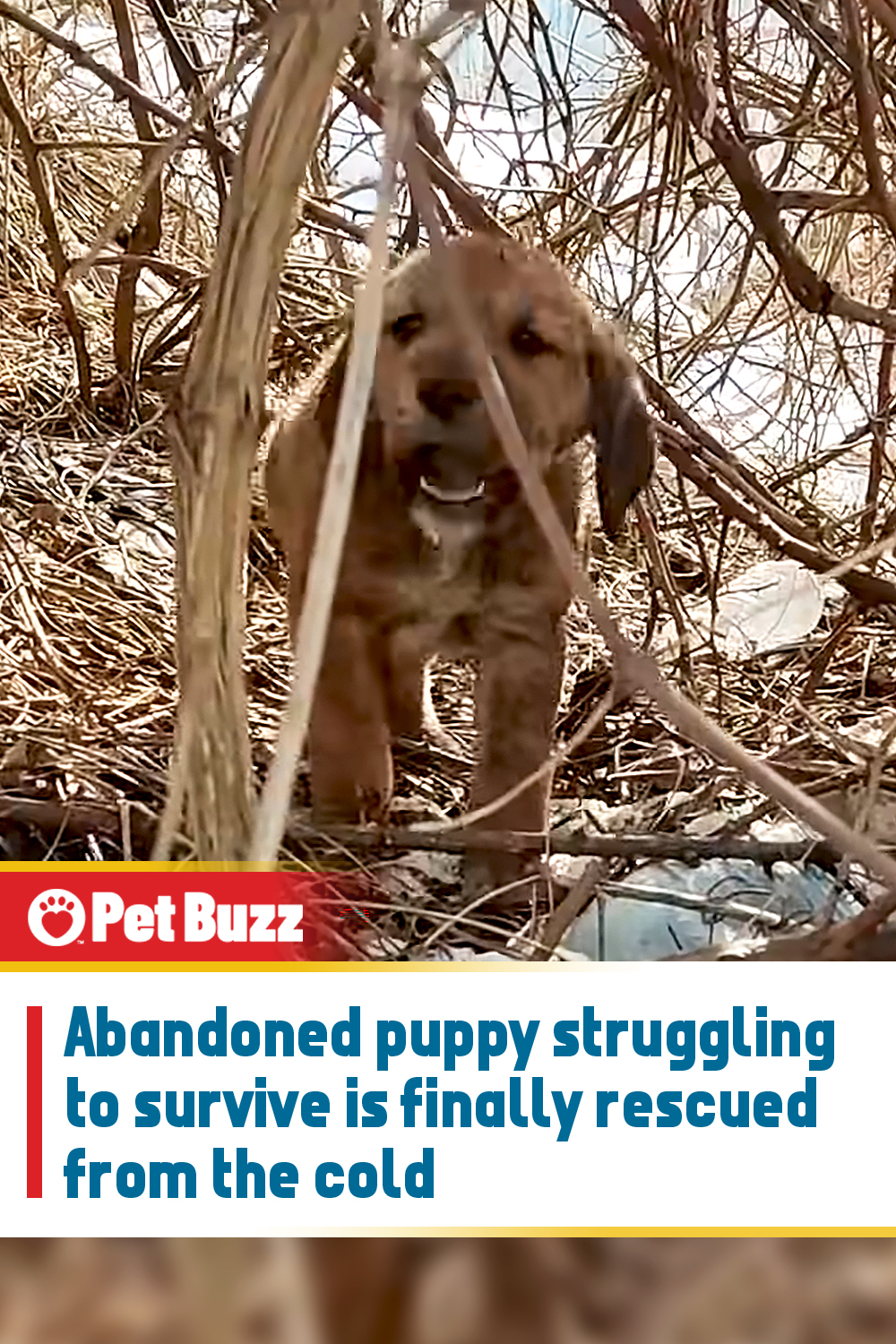