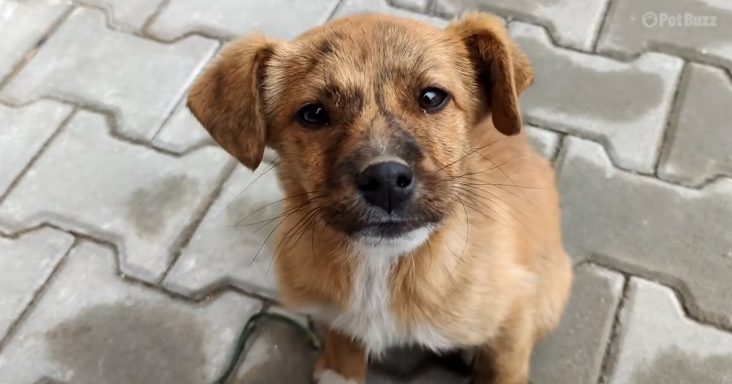 While Stoyan and Dessy were at the grocery, a stray puppy came up to them and followed them wherever they went. In Bulgaria, lots of people abandon puppies and kittens on the street.

Stoyan and Dessy are a couple who do what they can to rescue some of these animals. The abandoned puppy was very social and friendly. So they gave him sausages and headed back home.

As they walked, the puppy did not leave Dessy’s side. The couple tried to send him away, but he had a look in his eyes that seemed to say, “Please take me home with you.”

They couldn’t turn him away, and once they arrived at their home, the puppy walked very far from where they first found him. The doors were open to him, and Dessy was welcoming him to his new life.

The puppy was reluctant to go inside, but his tail was wagging with excitement. He walked in, and Dessy gave him food which he happily ate. A bath was prepared for him since he was dirty from living on the streets.

It was a surprise when he started drinking from the bathwater; he must have been extremely thirsty. The puppy didn’t like being cleaned, but he got used to it. Sand and dirt fell out of his fur.

They wrapped him up in a towel and put him next to a heater to warm up and relax. He was falling asleep while sitting down and eventually decided to curl up on the towel. Stoyan and Dessy don’t understand how anyone can abandon such innocent creatures. 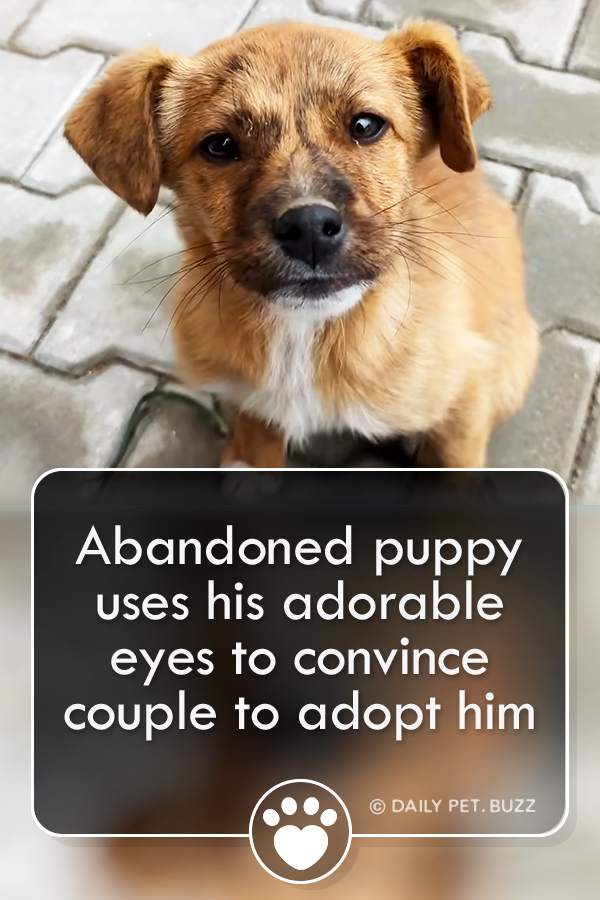