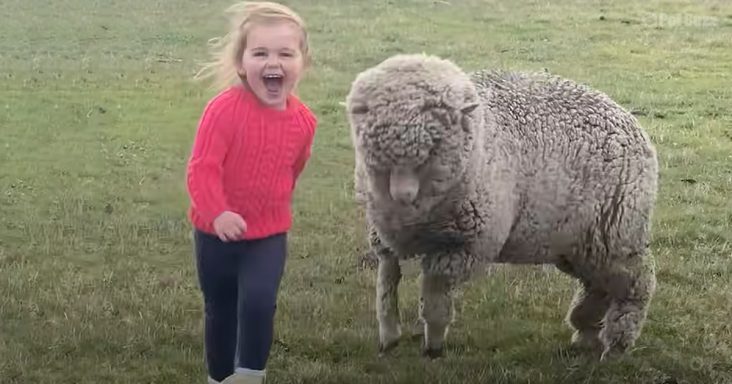 After Rochelle found an orphaned lamb on the side of the road she talked about how lucky he was that they found him, but she also said they were even luckier to have him in their family.

Bah, the sheep was probably only a few hours old when he was picked up and brought to his new family’s home. They weren’t sure what to do with him at first.

With a house full of so many animals, Rochelle and her husband were thankful that their daughter Teddie grew attached to Bah. She loved to help take care of him.

Teddie would often feed Bah from the bottle, both of them standing on the floor since she was only slightly taller than him. It wasn’t long before they became best friends.

Quickly Bah grew to be playful and affectionate, he learned how from the dogs in the house as well. He would dash and dance around his loved ones.

Eventually, they gave Bah to Rochelle’s parents where he had a nice paddock he could live in. Whenever Teddie visits, Bah gets really excited and can’t contain himself.

Rochelle was very glad they were able to raise Bah well. And it was a great experience for Teddie who learned about helping animals who are vulnerable. 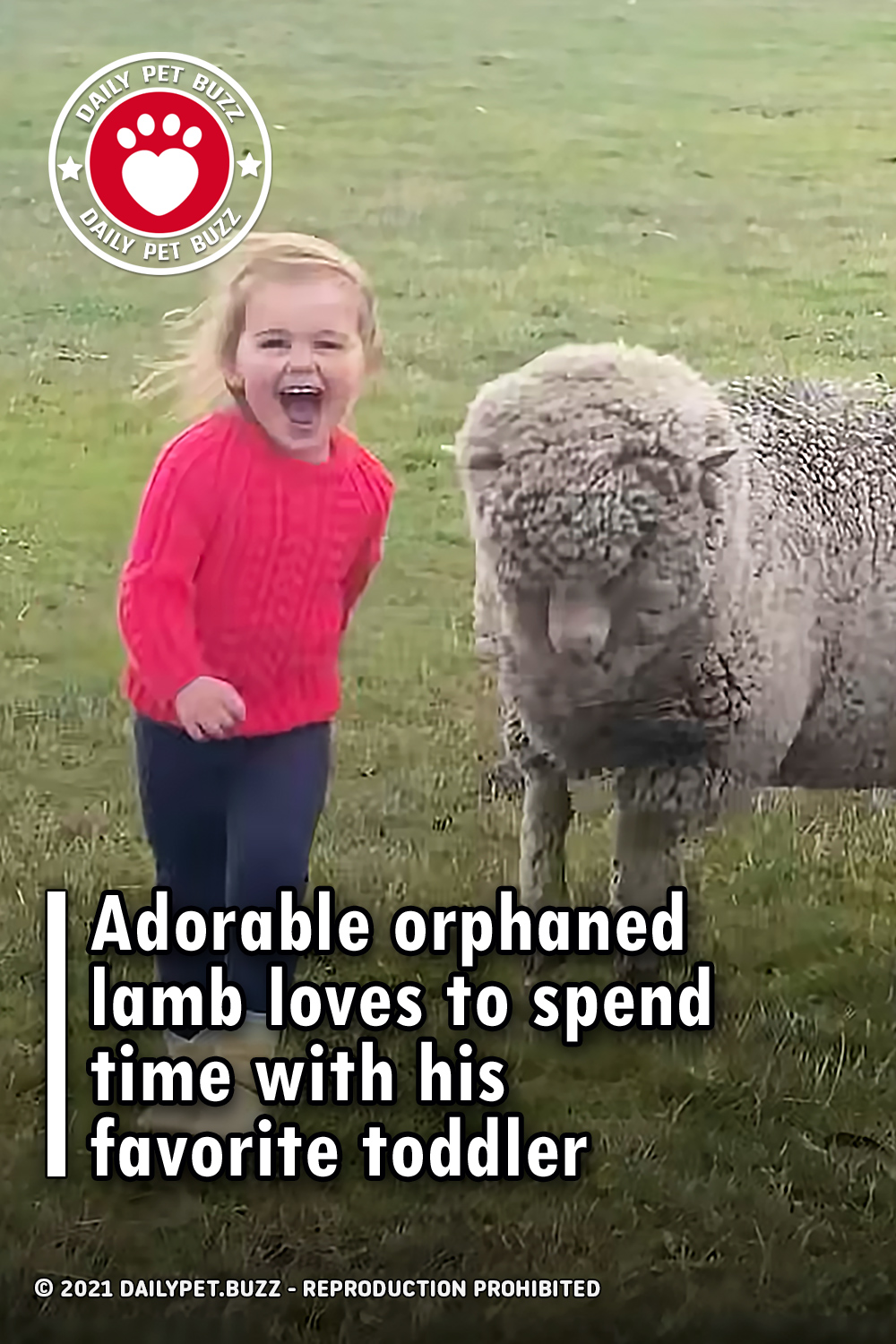