The story we will show you in a video above is one of the most touching and inspiring animal rescue tales I’ve ever heard. After he was abandoned, a dog now named Billy lived astray in the fields of a rural area in Greece, and during that time he barely had anything to eat, surviving sickly and always on the verge of death. He caught several infections and diseases while living on the streets, and to be short, his situation was pretty grim. But all of a sudden, everything changed for him when he was found by Valia Orfanidou, a kind woman who took him in and nursed him back to health.

Valia worked in an animal rescue center, so she was compelled to help Billy in every way that she could. It was a very painful and difficult process, but just after a few days, Billy was already looking much better. Not only did he win back some weight and became healthy again, his mood was much happier and optimistic after receiving some well-deserved human care. When she posted Billy’s story on Pinterest, she didn’t expect him to be easily adopted, since he was older and he still had scars that proved his struggle and survival. But that would change after she received a personal message on Pinterest!

Watch the full story down below, you won’t regret it! 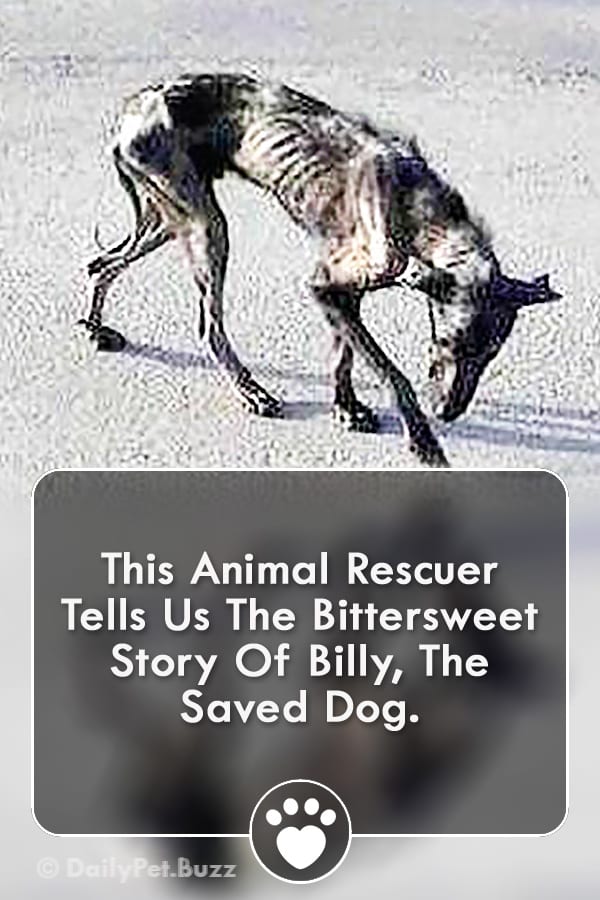