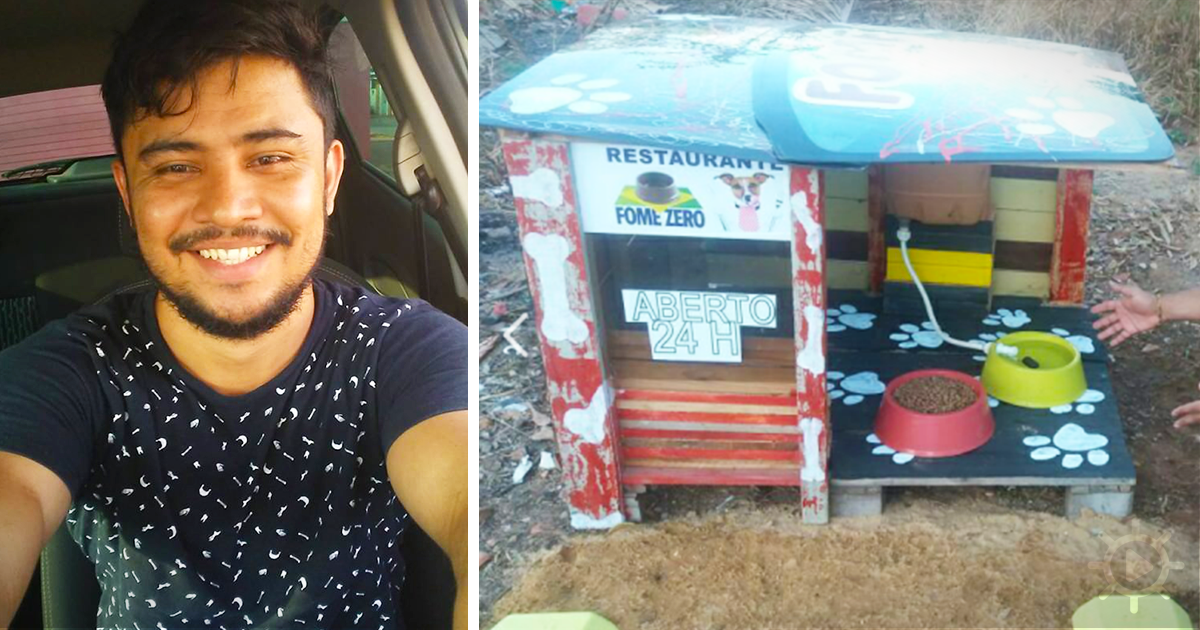 There are stray dogs in countries all over the world. How bad the problem is and how well or badly the dogs are treated varies a lot.

The cities of many developing countries abound with “street dogs.” Some of them are strays, some are pets that are allowed to roam freely, while still others are completely feral. These dogs do their best to adapt to a hard-knock life in an often uncaring city. Street dogs have been observed crossing large streets by waiting with pedestrians at crosswalks: apparently they’ve figured out that it’s safest to cross when the humans do. In Russia, there are stories of dogs that have learned to ride the subway, even to the point of getting off the train and switching direction if they sleep through their stop. But in general, street dogs live hard lives, literally fighting for survival. Just finding enough to eat can be a challenge.

Fortunately for street dogs in Brazil, a young man name Joao Araujo came up with a clever and creative way to help: building dog restaurants! These aren’t literal restaurants with waiters and temperamental chefs. He uses recycled materials: bits of wood, metal, plastic pipe, wooden spindles, pallets, car windows, whatever is handy. From these he fashions the “restaurants.” There’s a pipe for kibble and another for water. Some of the restaurants provide a little bit of shelter. There are signs to tell people what they are. One really nice touch: he paints them with canine motifs: paw prints and bones. 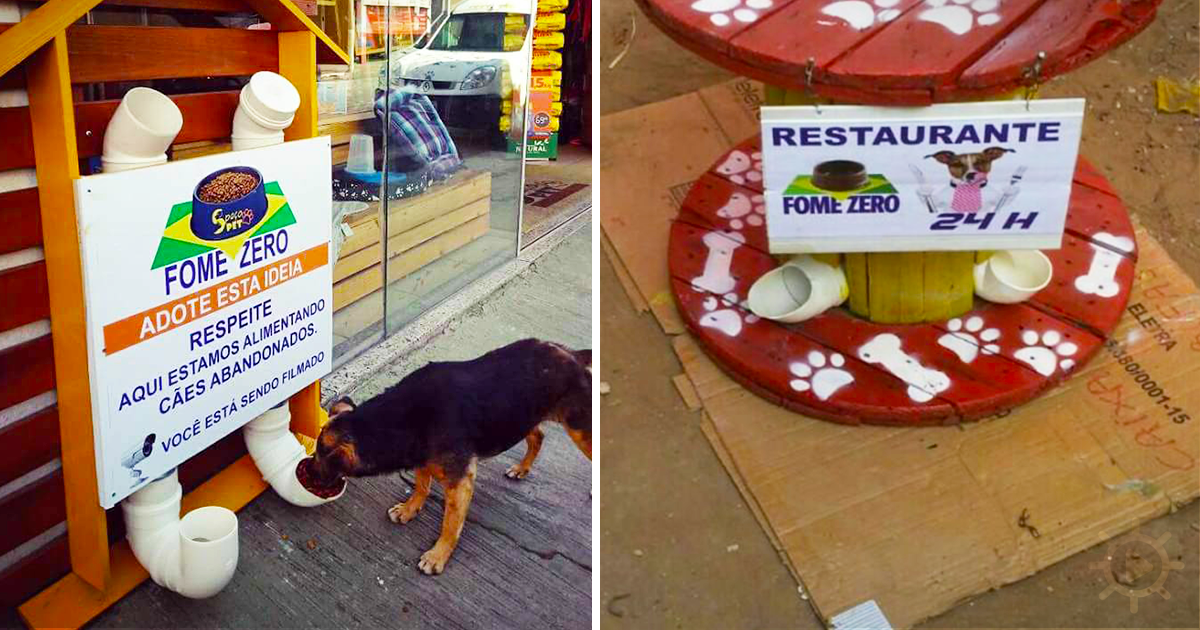 The idea has caught on, not only in Araujo’s home town but in other Brazilian cities. Some dog restaurants have been stolen or maliciously destroyed, but they’re so cheap and easy to build, it’s not much of a problem. As Araujo himself says, “If they steal one, I build two.”

What do you think of this way of showing kindness to street dogs? Let’s hear from you in the comments at Facebook. Don’t forget to like and share. 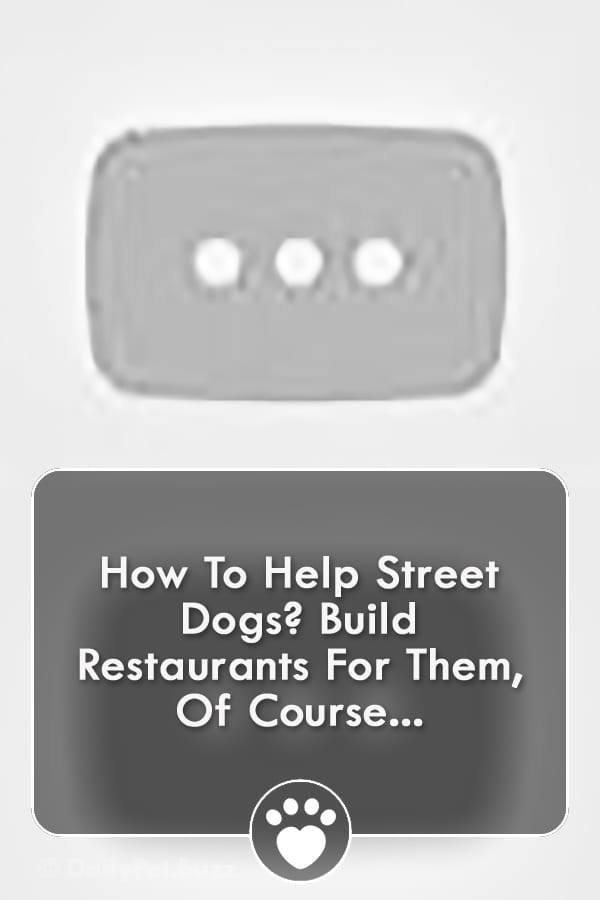