When a soldier is assigned to work in a detail with a service dog they are told not to get too attach to the canine. But this is like telling a doctor not to get involved with a patient. In other words, it’s hard not to form a attachment especially when you go through such a harrowing experience with someone.

The man featured here is retired army Sergeant Jason Bros, and he worked along side service dog Cici finding bombs. However, when Jason’s tour of duty ended he had no choice but to leave Cici behind. She was still needed to continue working as a service dog.

Jason never forgot his beloved Canine companion and was determined to have her join him state side. One year late Jason finally got his wish and he was reunited with Cici. This video shows what happens when they reunite. Sure enough Cici remembers Jason and the two were quite happy to be back together after all this time apart.

So, watch this heartfelt reunion then let us know what you thought by leaving your comments below. Share this amazing video with your friends on Pinterest. There are more soldiers who want to adopt their wartime canine companions. Share this if you think they should be allowed to do so! 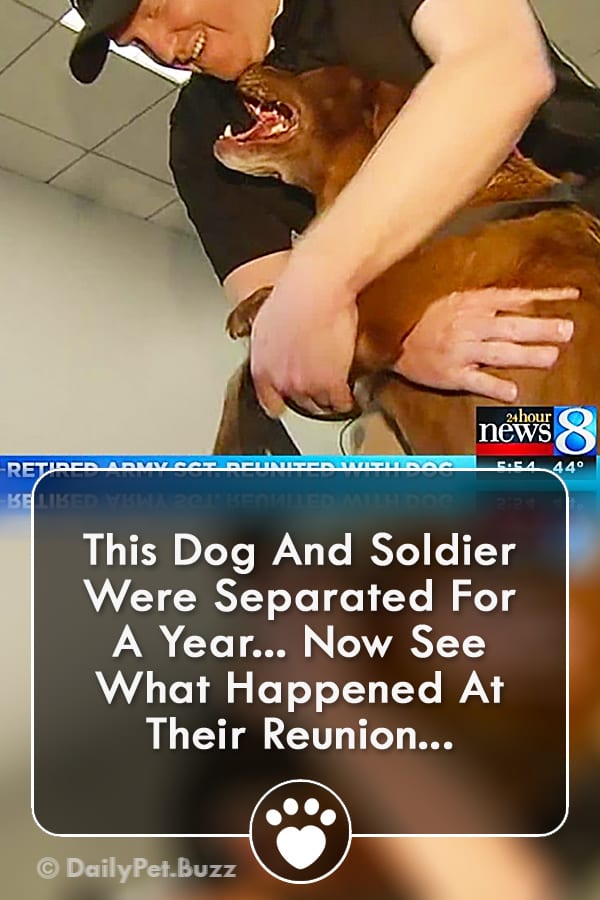