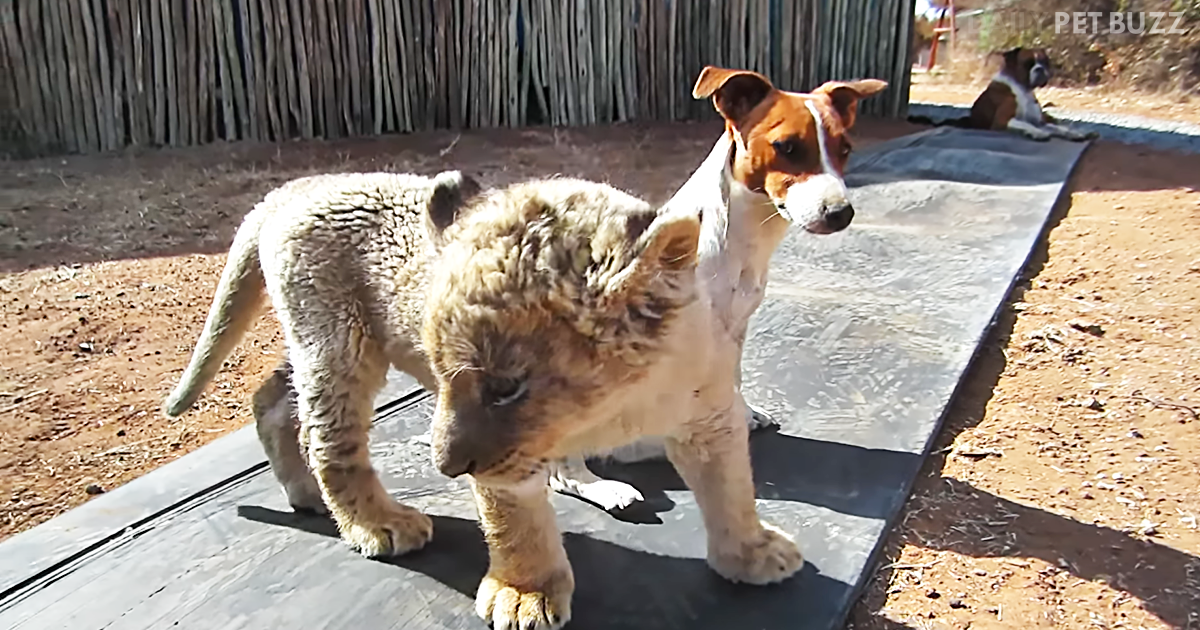 It’s sad when any animal abandons their young, and when that happens, it means sure death for a newborn, unless help is given quickly. When a little white lion cub was abandoned by his mother, he searched for love and care, which came in the form of a team from the Volunteer Southern Africa. They took him in and gave him food and shelter, but he needed companionship as well.

This is where he met his new buddy, who soon became his bestie. This unusual friendship showed how it didn’t matter which species you were from. The lion cub and a dog became the best of friends, becoming inseparable in everything they did. Not typically known to enjoy any sort of friendship, the lion cub and dog have made headlines as they continue to frolic day after day, basking in the fun of their newfound friendship.

The lion cub is just so adorable himself; he soon won over the hearts of all who worked at the animal rescue reserve. Watch how cute the two animals are as they caper around, playfully chasing each other. One would think that animals would have some sort of ingrained knowledge about predators, but the lion cub is so adorable, that his fluffiness probably shooed away any thoughts the dog may have had of being wary.

You HAVE to watch the video to appreciate the unusual friendship. I love the way they both paw each other and chase each other like the two young children they are. True friendship overcomes all barriers, and perhaps there’s a lesson we may take away from this. Check out this delightful duo in the video we posted below. 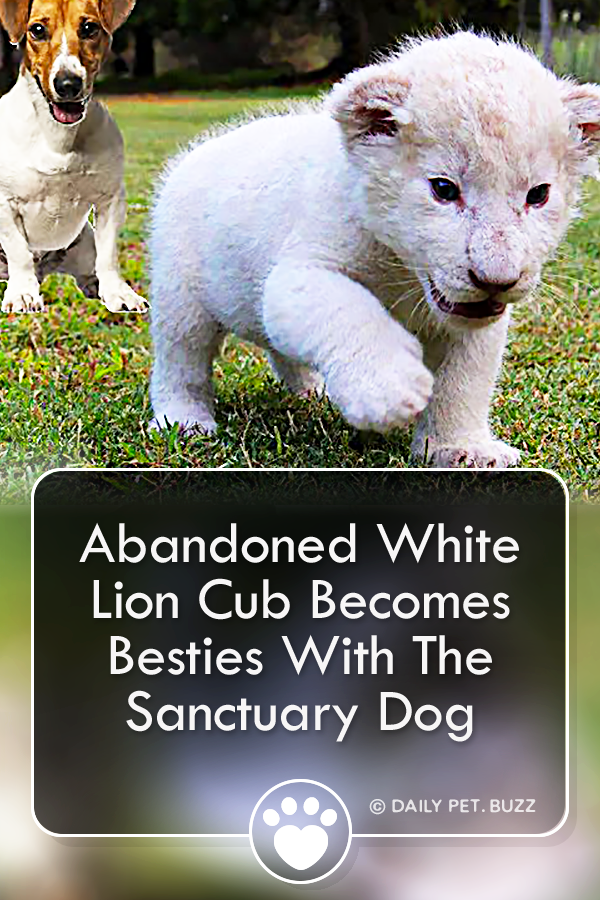