Dogs are amazing animals. It’s not without any reason we call them man’s best friend. These days, we find many videos on the internet showing the amazing talents of our four footed friends. This video is also one of them. This dog understands what her human is asking, and cannot be fooled by questions that might make her seem stupid.

This video shows an owner asking her dog a series of questions to which her dog replies by talking. At first the owner says ‘I love you’ to her dog, to which, her dog profoundly replies by saying ‘I love you’ back to her owner. It really sounds like she’s saying the words.  Okay, well, not exactly, but work with me here. Use your imagination.

Then, the owner asks her a series of questions like if she is a brave girl, is she a pretty girl, etc. The talking husky perfectly replies to all these questions. Of course, she always says yes and even prances around a bit to show how smart and pretty she is. And she is certainly both of those things.

But when the owner asks her if she is stupid, the talking husky leaves everyone floored with her hilarious reply. She seems genuinely insulted that her owner would ask such a ridiculous question. I don’t blame her because she’s clearly very clever!

What do you think? Do you think this talking husky is clever? Tell us what you think about her reply through your comments! 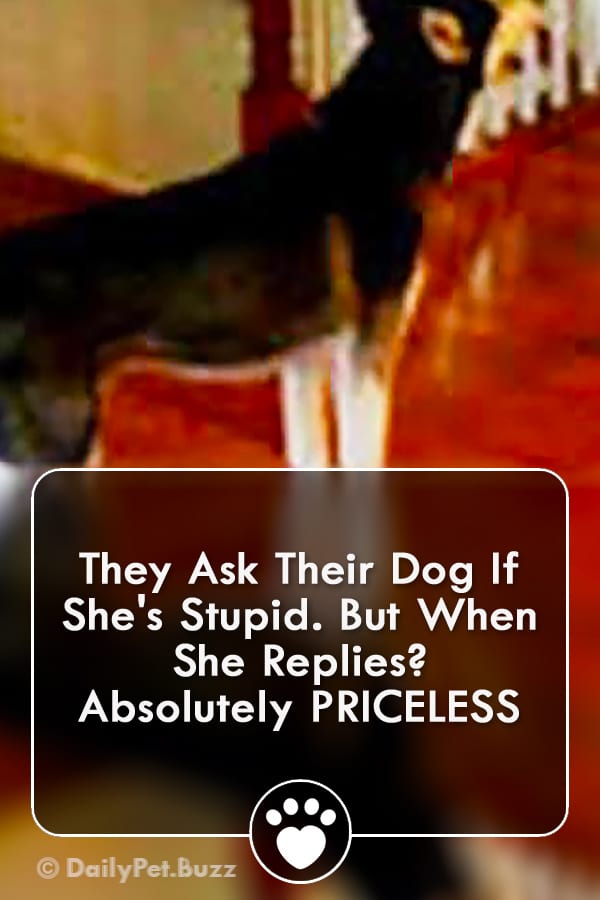