Making animals fight for sport is illegal and wrong. There is no limit to the things people will do to earn an easy buck. The problem is these animals suffer massive injuries and are not able to recover. In some cases, these animals die because of their injuries.

People who engage in this are usually lured by the huge earnings they can get in very little time. There are dogs, that can win over $5,000 in a single main event fight. That’s much more than many of them could make in one month. These animals are started when they are very young. They are bought from breeders who specialize in fighting-dogs. Then, the puppies start an intensive training program.

They are treated like elite prizefighters. They need to do a lot of resistance training exercises. They pull very heavy carts and run on treadmills for hours. They are fed enormous quantities of beef and are also supplemented. They go on a high protein diet and take all sorts of vitamins and supplements that help them get strong and muscular. They also give these dogs steroids.

People who engage in cockfighting follow a lot of the same tactics. They buy the animals from breeders but don’t train their animals as dogs. The problem is that one of the birds usually dies during the cockfight. At times, the winner is so exhausted and injured after the fight that it winds up dying as well.

A family in South Carolina would experience some of this in the worst feasible way. They go out to eat as they often do. They say goodbye to their pit bull, Nina Louise. When they come back, they check on their dog only to find out that she has been stolen! They are devastated. They look for her in every possible place but are not able to find her. They get some of the neighbors together to look for her. At one point, Nina’s owner offers a $500 reward for anyone that can tell her where she is. When the family sees the days turn into weeks and weeks into months, they lose hope.

One day, Nina’s owner is watching the news. They are showing a sting the police did on a cockfighting ring when they see something that almost makes them lose their breath. Among the animals seized is Nina Louise! The newscaster says she will be put for adoption at the local humane society office. She calls the humane society and tells them that her dog is among those found and lets them know of the unique marking behind her neck. Watch the video for the incredible reunion! 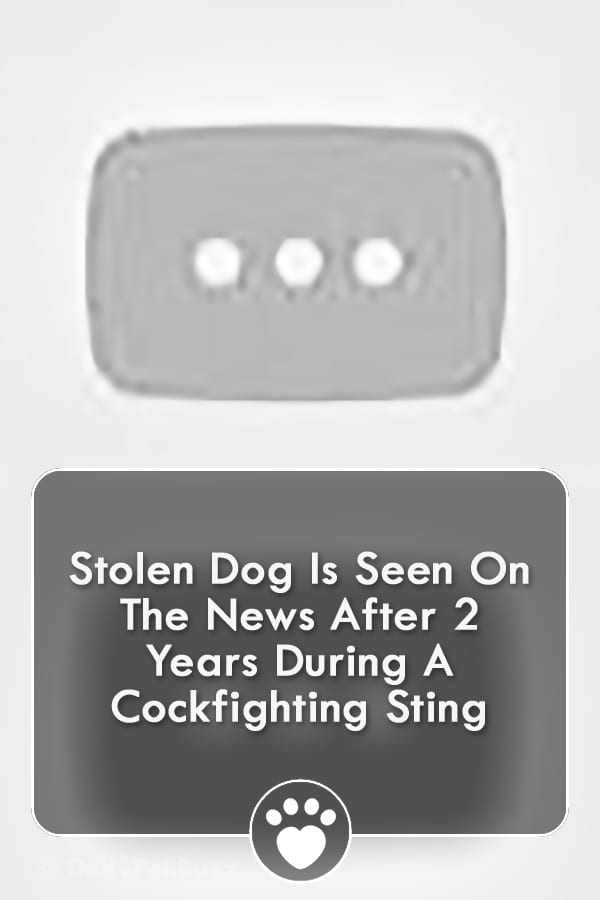