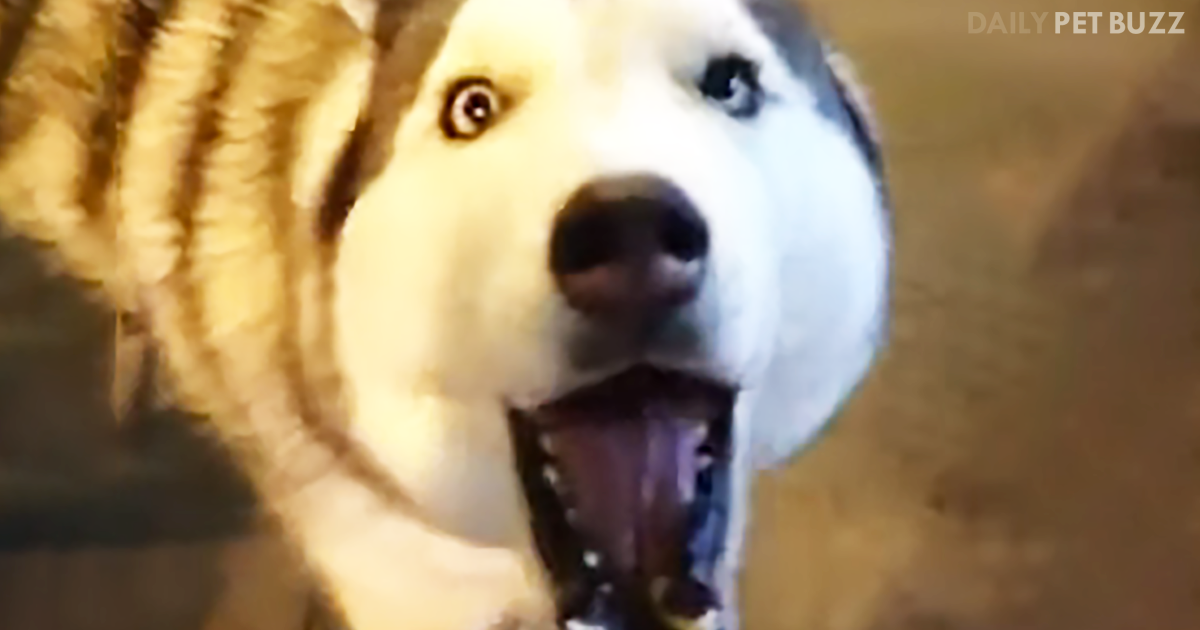 One of the ways that nature makes everything so unique is that animals make a huge variety of noises. From the lion’s roar to the owl’s hooting to a goat’s bleating to a humpback whale singing, the tapestry of sounds is stunning. Even different breeds of the same species have a wide range. My male cat makes a distinctive meowing sound while my female cat has a higher pitch when she meows.

Then there’s the Husky that we see in this video. The setting for this video seems to be at a doggie daycare. The Husky that is barking into the camera may belong to the person filming it. He’s not ‘talking’ like Mishka would, but the sounds he’s making are unique enough to make the person film him.

This pooch wants one thing and one thing only – attention. The person that’s holding the camera is right there, so he’s going to do everything in his power to have that person look at him. His distinctive yowl is definitely making the camera point his way.

This dog is not a happy camper, and he wants the cameraperson to know it. It’s not surprising, though, since Huskies are a very vocal breed and will make a lot of noise. There was a scene in ‘Kindergarten Cop’ where Arnold Schwarzenegger’s character comes into a hotel room after a long day with these kindergarteners and flops onto the bed. His partner, who was supposed to be the undercover teacher but who got sick, asks him how his day went. He groans, ‘They’re Horrrrrrrrrrrrrrrrrrrrrrrrrrible.’ That’s probably what this dog is saying to the person with the camera about the other dogs who are constantly yapping. No, he’s not saying, ‘It’s not a tumor!’

I found his barking to be highly amusing. Though I am still not sure we can really call it barking – yelling is more what this funny Husky is doing. And boy, he sure is loud about it, too. 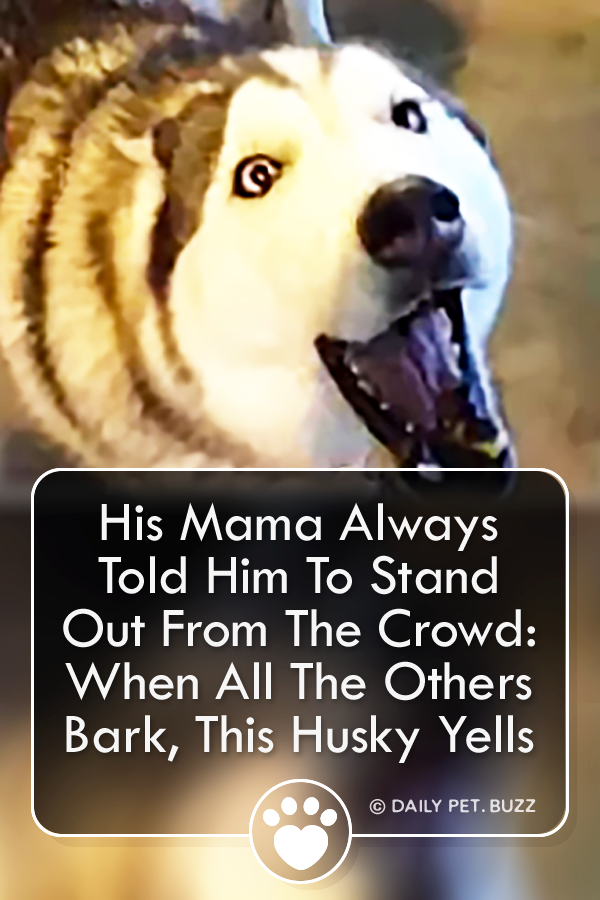