Hoarding is one of these extreme mental illnesses that I can’t wrap my brain around. Well, I guess that many people can’t either, which explains the popularity of the show about it. It’s fascinating to see how people can let their homes get so cluttered that they can’t wash themselves or even cook. It’s also sad to see how they are in denial about their situation. Most of these involve clothes and other things, but some, unfortunately, involve living creatures. Like this video about a horrible case in Howell, NJ, where authorities tracked a loose dog to a house that had 276 dogs – in a single-family dwelling.

The Associated Humane Services took in 60 of the 276 dogs that were found. Other shelters took the other dogs, to ease the strain of the sudden influx. This must have been so traumatizing for those workers to have to go into this house and see all the suffering. It took more than 12 hours for all of the dogs to be taken out. Hoarding inanimate objects is one thing – this was something else entirely.

How bad was the hoarding situation? The rescuers had to wear those hazmat-type suits going in there ” the conditions were that filthy. Air masks were a necessity as well. Going into a place where hundreds of dogs had constantly emptied their bladders and bowels many times in crates would definitely fill the air with many pungent smells and could create safety hazards. This was as bad as it possibly could get. Poor dogs.

What about the couple that had all these dogs? They pleaded guilty in their court case and had to pay around $25,000 in fines. After they undergo counseling, they will have to have a psychologist give them the OK to even get more pets and they can’t get more than two. Here’s hoping that they do get the help that they need and that the court monitors them. Otherwise, this situation will repeat itself in the not-too-distant future.

As of November 2016, 95% of the dogs had been adopted. There was some mental and physical trauma to the 5%. Hopefully they can all find forever homes or be fostered. They deserve it. Don’t you think so? Please leave a comment below. Also, it’d be great if you ‘Like’ us on Pinterest. 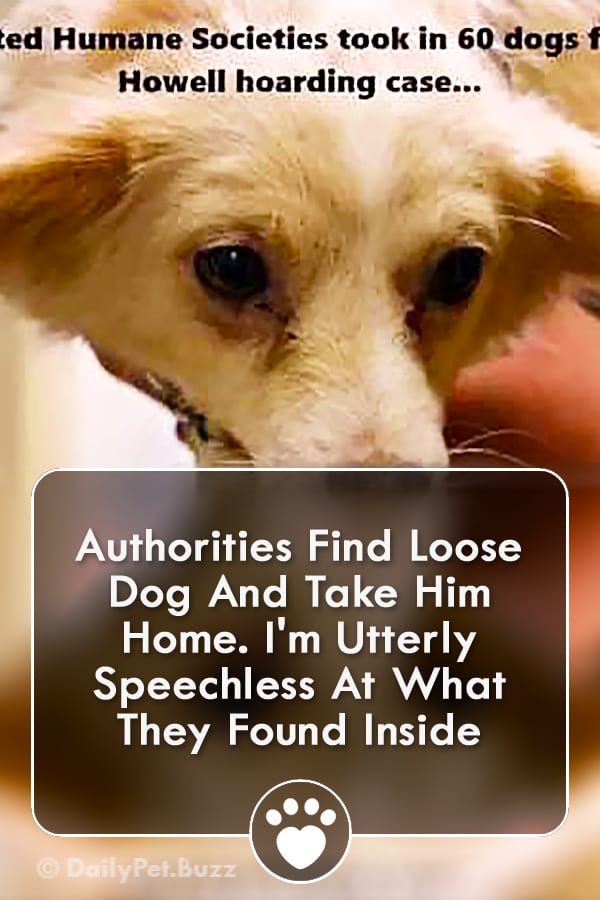