When older and younger animals meet up, there’s always that little bit of hesitation in their mommy or daddy’s minds. Is the older one going to be so set in his or her ways that they won’t accept the new animal? They may shun the poor thing or be overtly mean to it. Fortunately for the person who shot this video of a young and old canine meeting up, the exact opposite scenario occurred.

We see Smokey, who is a mix between Timberwolf and Malamute. He’s seven years old and weighs nearly 130 pounds. He ‘wrestles’ with a 10-week old German Shepherd pup who weighs 20 pounds. Yeah, there’s just a bit of a size and weight difference. No matter. The two of them have a blast and play wrestle. Their daddy even edits the video to look like a match of some kind, dividing it into two ’rounds’ .

Smokey is much larger than Charlie and outweighs the pup by a considerable amount. If this were a WWE wrestling match, it would be like X Pac going up against The Big Show ” who outweighed him by about 200 pounds. I saw it happen once ” Big Show threw X Pac around like a rag doll. When he did the choke slam, he held the dude in the air like he was a toy before slamming him down. Smokey is OBVIOUSLY holding back here when he’s playing with Charlie.

It’s great seeing older dogs playing with younger ones. Sometimes they are tired and they don’t want to be bothered. Smokey seems to really like the younger pup and decides to put him through his paces – though he also covers him with slobber, as his dad points out one time after petting the pup during their playtime. Hey, Smokey’s getting up there in doggie years ” don’t be surprised when he starts to drool.

Wasn’t it so much fun to see these two roughhouse with each other. Hopefully they got to bond for a few more years. 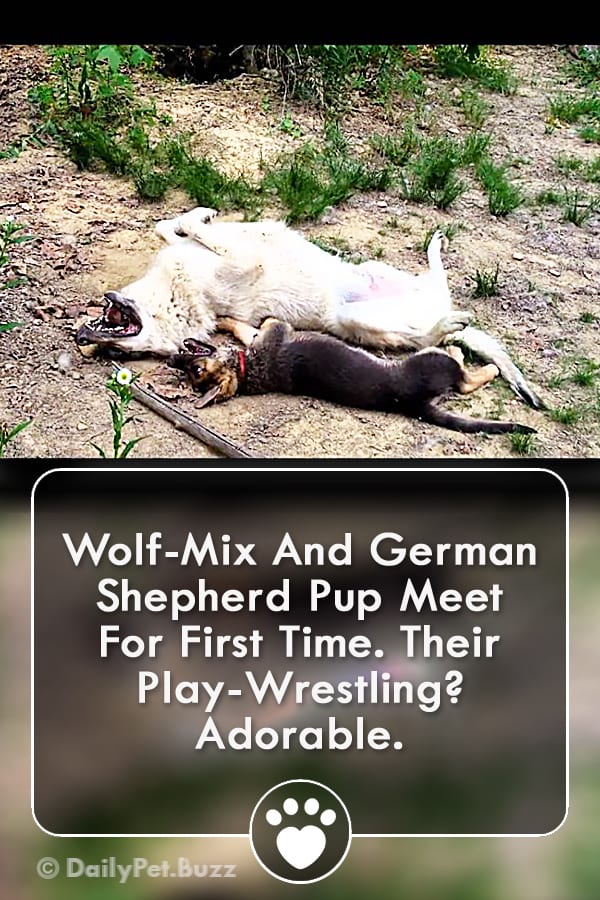