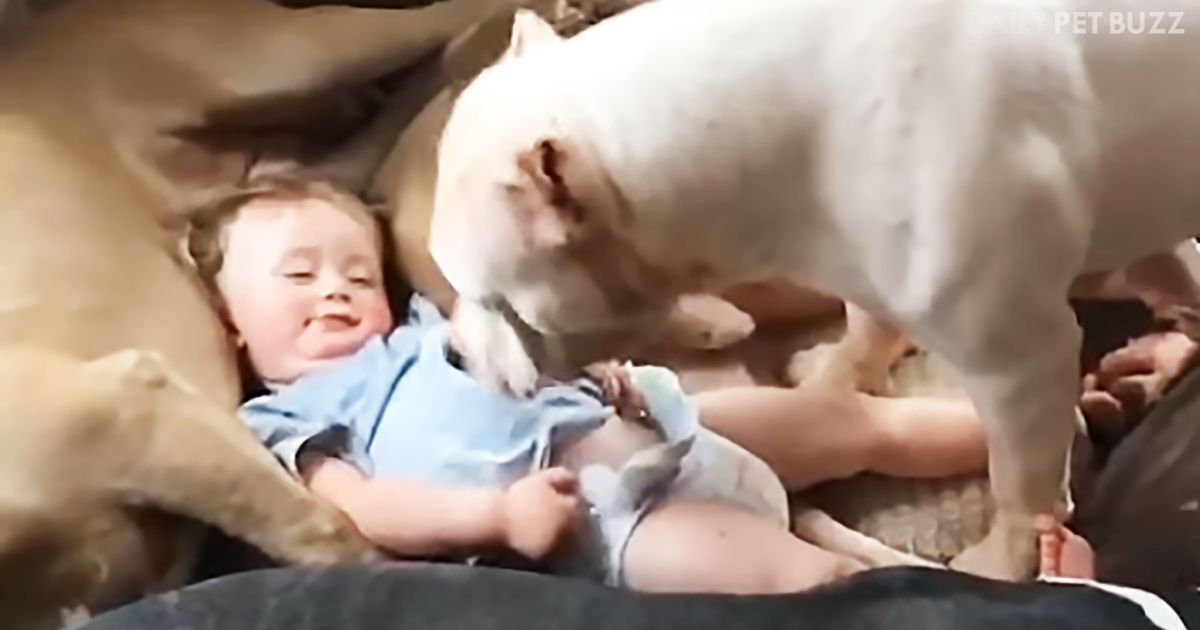 Many breeds of dogs tend to like children. They may lavish a lot of attention on babies, since they may view them as pink-skinned puppies. The affection is often returned in kind by the little baby, and there is many a time that the two of them may cuddle together while sleeping. Sleeping with one dog is pretty cool, but could you imagine four of them? That’s what happens with what you see here.

The star of this video is a young baby boy who climbs into an area where four Pitbulls are sleeping. This has obviously happened before because the dogs are not surprised by this circumstance occurring, and one of them even goes over to the baby and licks him while he looks contentedly at the camera.

This is one tired baby who will be joining the doggies in dreamland very soon. The video actually loops twice. That doesn’t make the video any less cute, but it does feel like the person uploading it was padding it a bit. Maybe they felt like it should be a certain length.

Of course, there are those who are going to go apoplectic about two things: A young baby being in the presence of Pitbulls and also being in a situation where the dogs could easily shift in their sleep and accidentally smother the baby.

First of all, before this whole media backlash, Pitbulls were considered great family dogs, and secondly, the parent is clearly there to get the baby out of the pile should anything go wrong. I loved seeing those Pitbulls embracing this baby as one of their own. 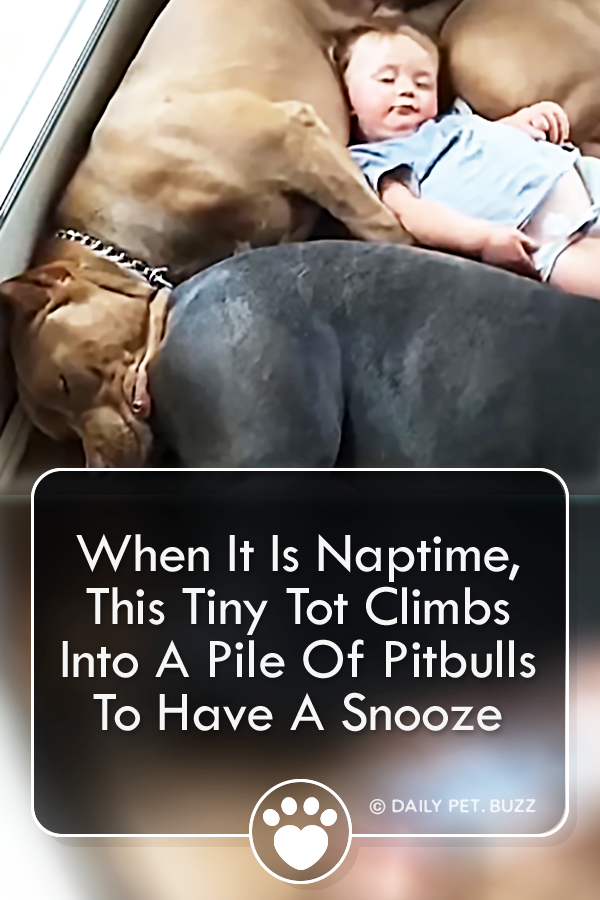