There are few cuter combinations than a baby playing with a dog. The sight of them together can reduce grown men and women to just being able to saw ‘Aww!’ over and over. It’s just the innocence of the two that push all of us over the edge. Of course, it matters what temperament the dog has. A parent or two should always be present. That said – take a look at this video of a Husky and a baby.

At first it looks like the giant Husky is going to ignore the baby despite her intention to pet him. All of a sudden, though, the dog rolls over on his back and starts licking the baby’s face. This delights the baby, and there’s even one moment when the dog starts gently nibbling on the baby’s hand before the little girl takes it out. The two of them are having a blast and the husky loves being around this child.

The only thing that made me cringe a bit was when the husky started licking the baby’s open mouth. I’m just being a bit of a germaphobe ” when my son was first brought home, I would not have minded his living in a bubble for the first two months of his life, like that Jake Gylenhaal movie, ‘Bubble Boy.’ So when I was seeing that scene, I was just like, ‘Oooh! Germs! Germs! Germs!’

People are always wary about dogs being around children. This pooch is a sweetie though – and it’s not like the parents left the two alone. One of the parents was right there filming, and would be able to intervene on the off chance that the dog might do something. The two have probably played before without incident. Of course, there are people who play armchair animal behaviorists in the comments section, even with the father of the child reassuring them that he knows what he’s doing.

I thought this Husky was adorable and so was the baby. I hope they grow up together and have many happy memories. What do you think? Let us know in the comments section. Also, please ‘Like’ us on Pinterest. 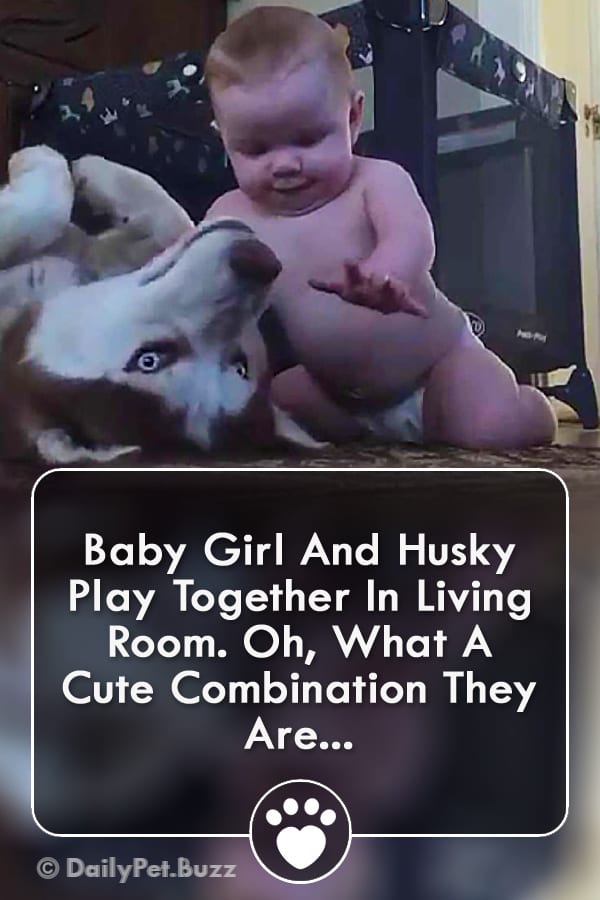