It’s a sad part of life in many parts of America. You’re outside and you see a stray dog roaming around. They almost melt into the fabric of the landscape at times and there’s no getting close enough to be able to find out what its situation really is. They come and go like ghosts. Then there’s the story of what happened in this Tennessee town that had a dog live out in the open for 17 months.

The video tells of the residents who saw this dog, Patches, an Australian sheepdog around people’s houses. They could tell he was injured ” his collar was over his leg which restricted movement. Nobody could get close though since he kept running off. The town’s animal control got a new administrator who devoted more resources to bringing him in. Finally, after using things like motion capture videos and traps, he was rescued. Then came the really shocking news.

It turned out that Patches, who had been around this town for 17 months, had been missing for four years. His microchip revealed his situation. It turns out his previous owner was in a domestic violence situation, so there was no way that he was going to go back there. The shelter is hoping that another forever home will adopt him. After all that he’s been through, he deserves that at the very least.

Patches is a survivor ” he survived seeing domestic violence perpetrated in his old home, he survived all that time by himself, with no shelter or consistent food. It’s beyond belief that he lived with that collar situation for as long as he did. Now this dog should have someone take a chance on him. It’s the very least the universe could do to repay him for everything he endured/

I live in a place that doesn’t allow dogs – and Patches is too big for me to disguise as a cat. Would you adopt him? Let us know in the comments below! 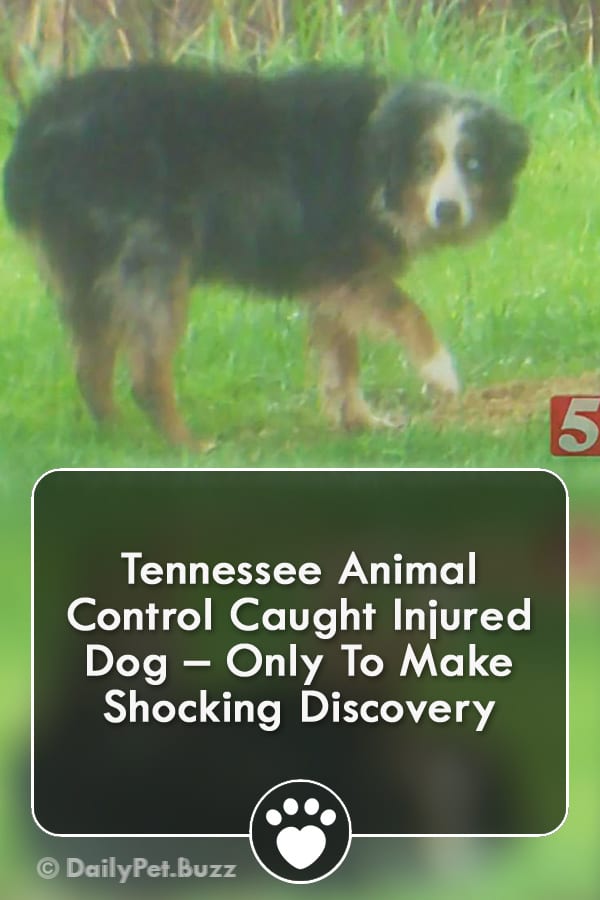