The video above features the story of Caleb Howard and his therapy dog. It all began when Caleb was just 6 years old and he got a car accident. As a result his bones were broken and he had a traumatic brain injury. His parents were devastated as there was not a sole sign of their son’s recovery. And the progress of recovery was so minute that they got even more discouraged.

One day, doctors suggested using animal therapy and Caleb’s parents agreed. That’s when a therapy dog named Kernel stepped in. Watch their wonderful journey of therapy sessions they had together. You will see the dog’s substantial contribution to the boy’s awareness, and how this relationship marked a turning point for Caleb’s family in their belief in his ability to recover.

The boy managed to gain control over his hands again by playing fetch with and petting Kernel. With the help of short walks with the dog he gained mobility and became more active.

Kernel, the wonderful therapy dog, also improved Caleb’s emotional health. Nobody would have thought this wonderful dog would make him amazingly alert and help him to recover!

Watch the story of Caleb and Kernel in the video! What do you think about animal therapy? Let us know in the comments! We’d love to hear from you! 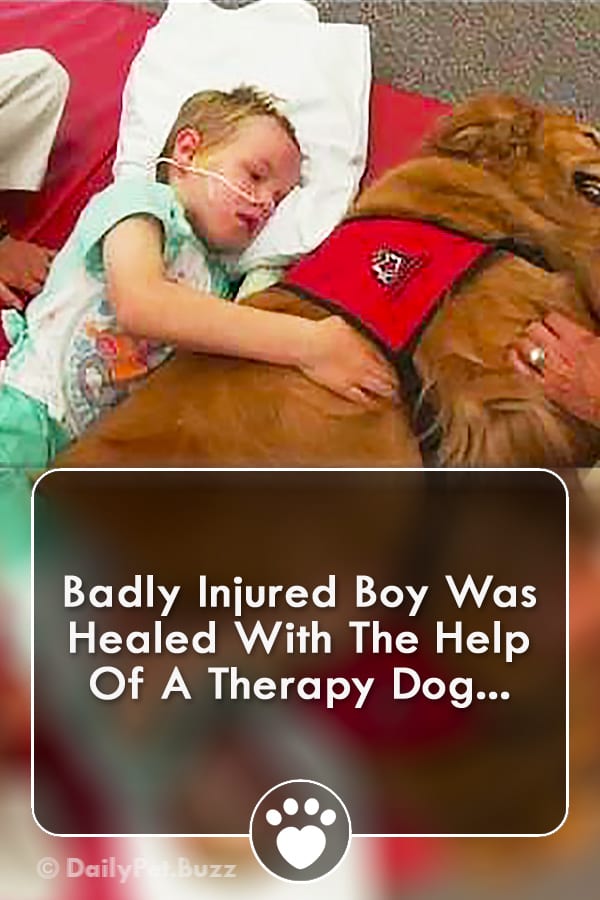