In this video, you will meet the hero Bretagne. She’s the last surviving rescue dog who went to Ground Zero on the day of the tragic World Trade Center attacks. Many dogs were deployed alongside police and firefighter teams to track down people and rescue them from the rubble. Without brave dogs like Bretagne, even more lives would have been lost.

Being members of Texas Task Force 1, Bretagne and her human caretaker Denise Corliss were in for an intense first deployment. They joined a team of almost a hundred other search and rescue dogs to find people trapped in the building’s rubble in 9/11. After that tragic day, Denise and Bretagne were united forever.

After learning about Bretagne heroic story, the BarkPost team decided to give her a special edition of Dog’s Best Day, in which she would visit New York and be pampered with treats, luxuries, and special attention. For a dog as heroic and invaluable as her, it’s the least that anyone could do.

Watch Bretagne’s touching and adorable story in this video right here, and if you like it, don’t forget to share it with your friends! 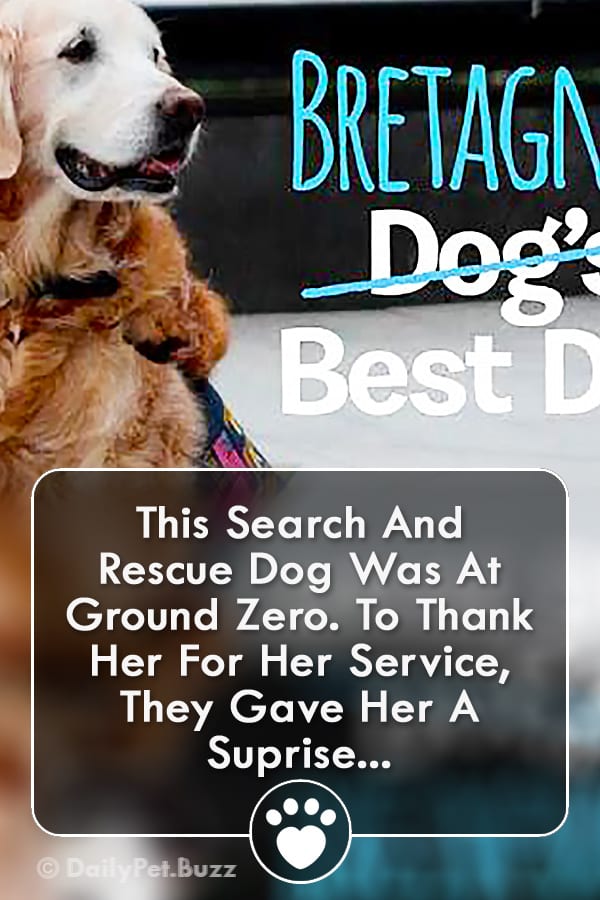