Kham La, the elephant, was born in 2011. At the time, her mother was working at a trekking camp in Kanchanaburi, and not long after she gave birth to Kham La, the two were separated. Many of these trekking camps treat their elephants not as living breathing creatures, but as tools that can be used and abused. Shortlyseparated from her mother, Kham La was put through the ‘breaking spirits’ ceremony, where an elephant is taught to submit to humans. The process, otherwise known as ‘crushing’ , involves keeping the baby elephants in crates, tying their legs together, and beating them with sharp metal sticks, screaming at them, and starving them. It’s a barbaric practice that results in elephants so cowed by trauma they couldn’t think to resist.

However, Kham La’s life changed completely when she, along with her mother, were rescued by the Elephant Nature Park. The two were reunited, and then came the long process of teach Kham La to love and trust again. One major player in bringing Kham La back to a good place was one of her handlers, Darrick. The two formed a deep bond after she was brought to ENP, and their friendship only grows stronger every day. Darrick never misses the chance to visit Kham La and the rest of the herd, and Kham La’s reaction to him is absolutely priceless!

Whoever says animals don’t have emotions has never seen a video like this before. Darrick comes into the enclosure on his tractor, and as soon as Kham La notices him she raises her trunk in greeting. Then, seconds later, she’s off and running to say hello up close and personal. Her excitement spreads to the rest of the herd, guaranteeing Darrick a whole lot of elephant love. How adorable!

Check out Kham La and Darrick in the video above. What did you think? Leave us a comment, we’d love to hear from you! 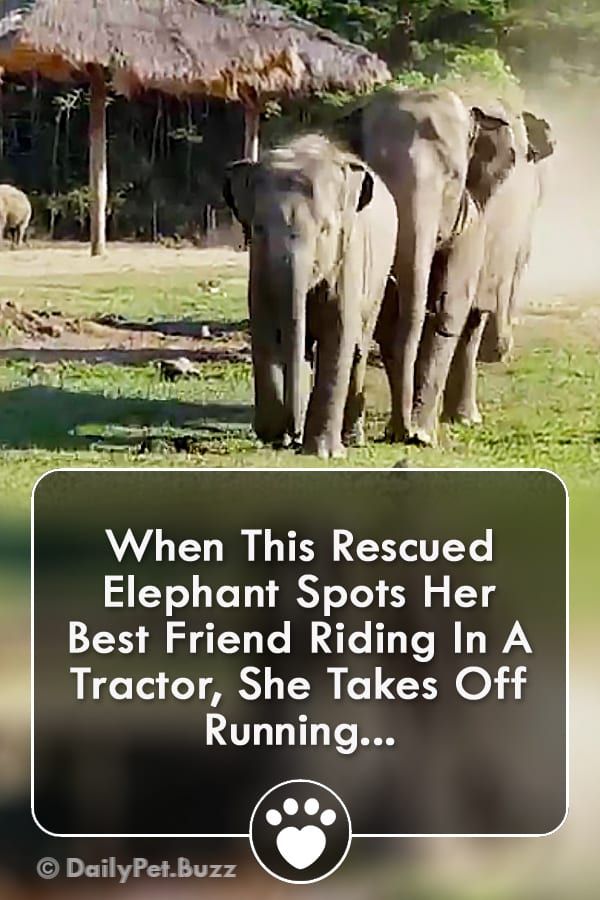