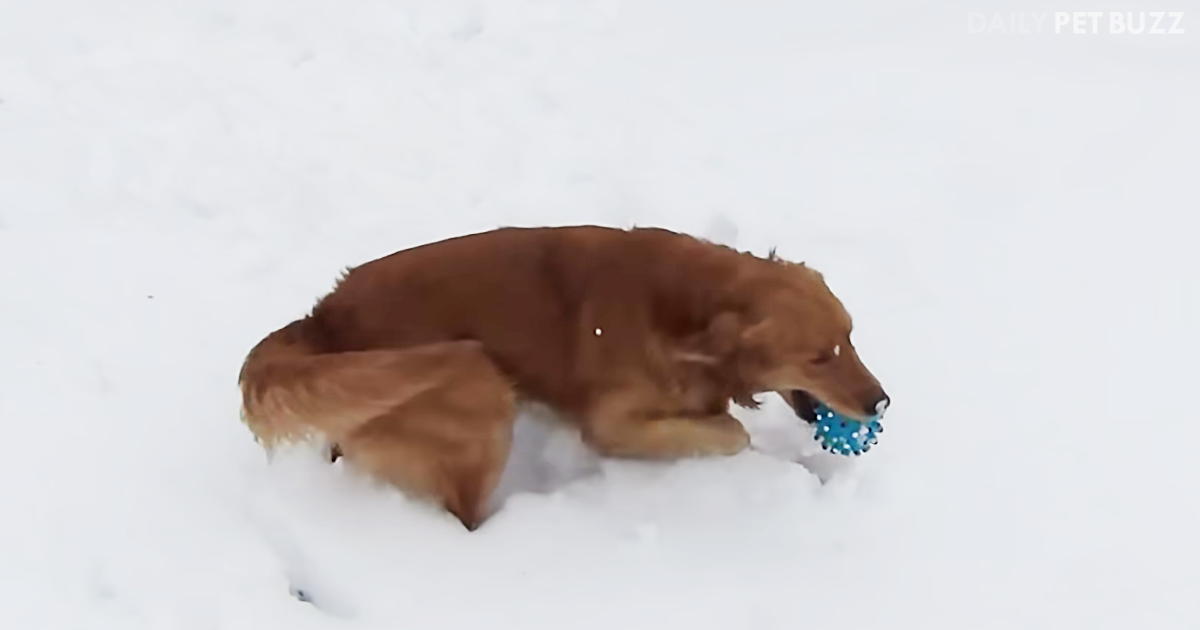 Some things are inherently difficult for many of us to understand, like quantum physics for some and abstract art for others, but for this dog, the world’s greatest mystery is the persistence of a faceless, nameless squeak. This dog, combined with this ball is good for hours of entertainment to his parents, I’m sure.

This is one of those hilarious videos of dogs that is actually good and innocent. I never expected such a reaction from a dog who was given a squeaky toy. Every time it would squeak, he would stop everything to look up, checking if he should be on alert for whatever that noise is. Aww, he is such an adorable dog.

This dog’s name is Walter, and he’s an energetic Golden Retriever. In this clip, he’s playing in the snow with his squeaky blue ball, which he loves. His dad is recording him, and he cannot stop laughing every time Walter hears the squeak. The more the dad laughs, the more I laughed.

Walter is running around in the snow, having a great time carrying his blue ball around, wagging his tail. But, when Walter hears the squeak, he drops the ball immediately and looks up, like he’s wondering if the squeak came from. Every time the ball squeaks, Walter freezes and then looks around. It never gets old. I laughed every time. Watch the video below and have a giggle along with Walter’s dad. 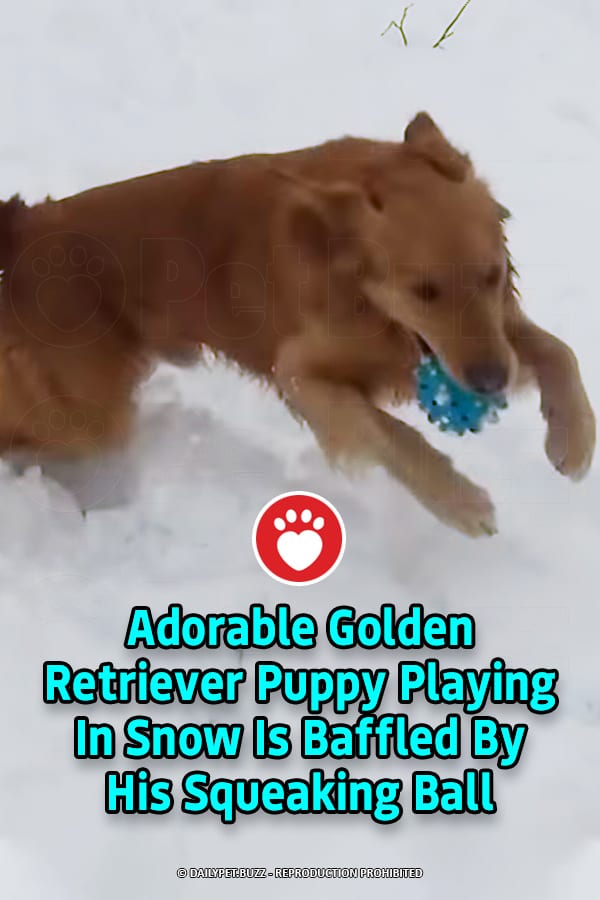