Pets know when they do something wrong, especially dogs, but their facial expressions give them away every time. They have no chance to lie to their owners. Several owners have managed to record the hilarious reactions of their dogs showing their guilt. You can plainly see their thought process and that they are simultaneously trying to avoid punishment, like this adorable beagle!  Sit down and enjoy this endearing clip!

This dog owner came home and discovered that his bed sheets were completely torn up. Thinking carefully about who the possible culprit could be, the owner decided to film his investigation. He looks around for evidence as who might be the guilty party and notices that his dog, Berlin, has hidden herself in a hilarious place. She doesn’t even do good job at hiding her shame. Some dogs just can’t resist temptation, but then they find it impossible to hide their guilt, and this is exactly Berlin’s problem.

At one hilarious moment the dog cautiously directs her eyes upward and her owner comments that ‘she’s praying that we blame someone else’ . However it is very hard to get mad or punish a pooch that clearly feels terrible about her mistake. Daddy concludes with ‘we still love you.’ Clearly there is no other possible conclusion. Berlin is absolutely adorable and she obviously regrets her mistake! I’m sure I couldn’t have really punished her either because she is just too cute.

Please share this video if you have dealt with your own furry friends in a similar manner! 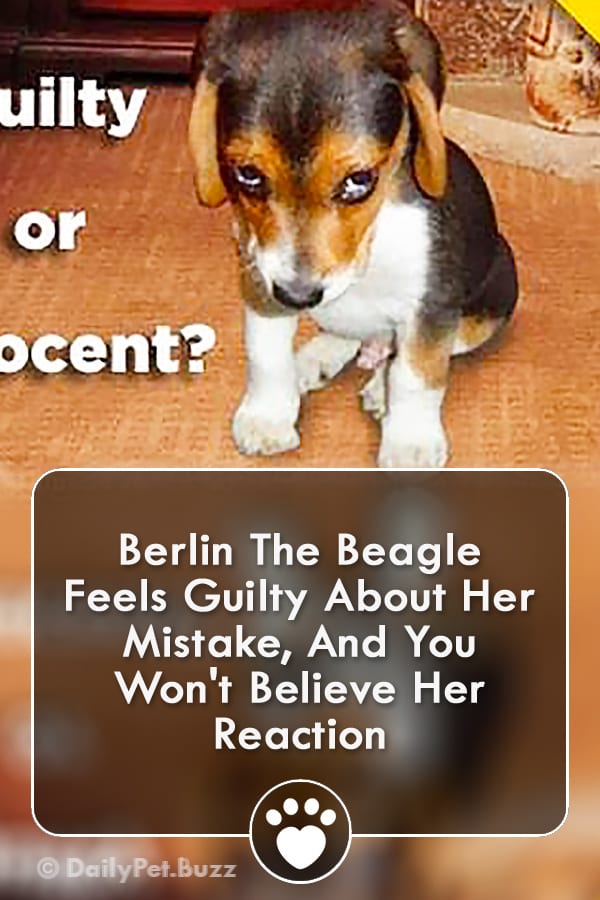