Being a pet owner is a big responsibility. There’s no way around that. Once you walk out of wherever you get the pet, they become your number one job. well, No. 1A if you also have children. The first part of this video is heartbreaking, but then is uplifting. A dog is in a terrible situation because her ‘owners’ abdicated their responsibilities, and then she finds herself cared for again.

I can’t imagine what life must have been like for Sheila, walking around, possibly bumping into things. She was an older dog, so who knows if other dogs picked on her. Fortunately, the people at He’Art of Rescue found her and took her out of her dangerous situation. It must have boiled their blood to realize that she had been part of a family and then been cast out because of her blindness. How callous.

There is one moment that can make people grimace ” when they show Sheila’s blind eye, the cataract on it is a bit hard to look at. Fortunately, they quickly do surgery for her, and she’s walking around with much better eyesight. She’s happy and is doing much better now that she’s off the street and away from the people who left her in the first place. I wonder if she even remembers them now.

It’s disgusting that people would even think that doing something like that would be a good course of action. This was a dog that trusted them, and they turned her out the very second that she developed problems. Then again, we’re becoming a much more disposable society. People throw out things like televisions every several years. That thinking might have infected them about their dog. Fortunately, not everyone thinks that way and she’s got a new home.

My jaw hurt while watching this because I was biting down so hard at my anger at these previous ‘owners’ . Did it upset you at first, too? Please leave us a comment below and also ‘Like’ us on Pinterest. 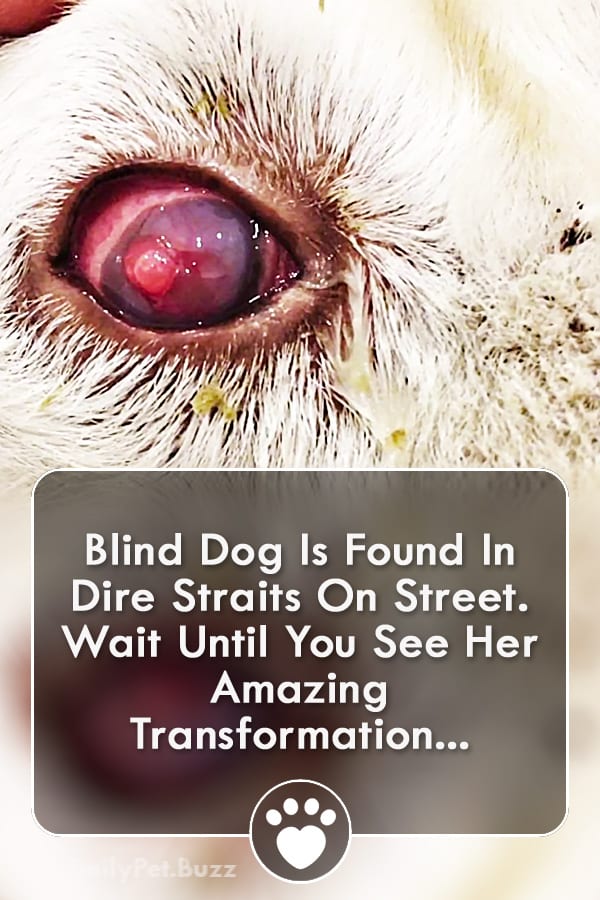