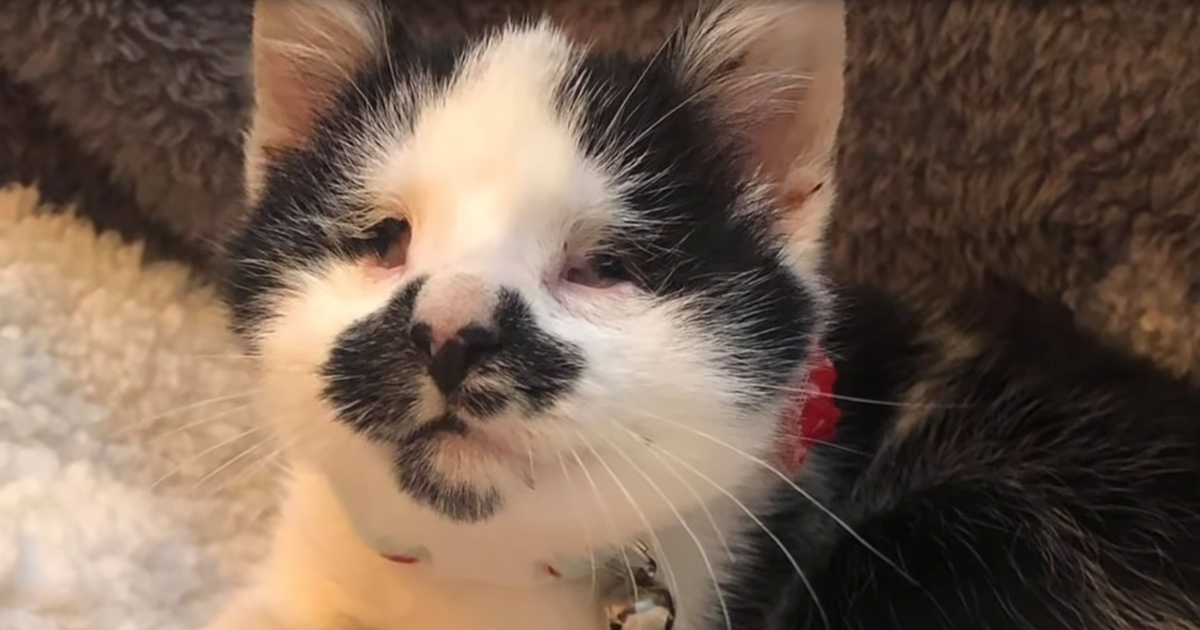 When North Carolina kitten rescuer Katie Buckman visited her shelter, she did so for a specific purpose: She had two kittens ready for pickup. Having finished her mission there, she turned to leave, when she heard the plaintive cries of a small kitten coming from one of the kennels. Peering in at the little white feline baby with dark spots, she could see that he was blind.

The sightless kitten was meowing directly at Katie, trying to capture her attention, and as she advanced toward him, he yelled even more loudly. She could not turn her back on the desperate little guy, later named “Melvin”, and added him to her collection for the day to take along with her. With all three kittens in tow, Katie made her scheduled stop at the veterinarian for their requisite checkup.

The vet determined Melvin’s blindness was a result of microphthalmia: Abnormally small eyeballs since birth. The condition rendered him blind, but it did not cause pain, and the little guy seemed impervious to his differences since blindness was the only state he’d ever known.

His first day outside the shelter, Melvin was subdued and even a little bit lethargic, but Katie supplied him with her nicest blanket, a warming pad, and a toy that simulated a heartbeat. Her dog Burt stayed with the tiny feline all night for moral support as well. By morning, the previously barely responsive kitten from the night before had blossomed into a completely different feline. He was now playful and affectionate. Melvin the little blind kitten was out of the woods and ready to take on the world. 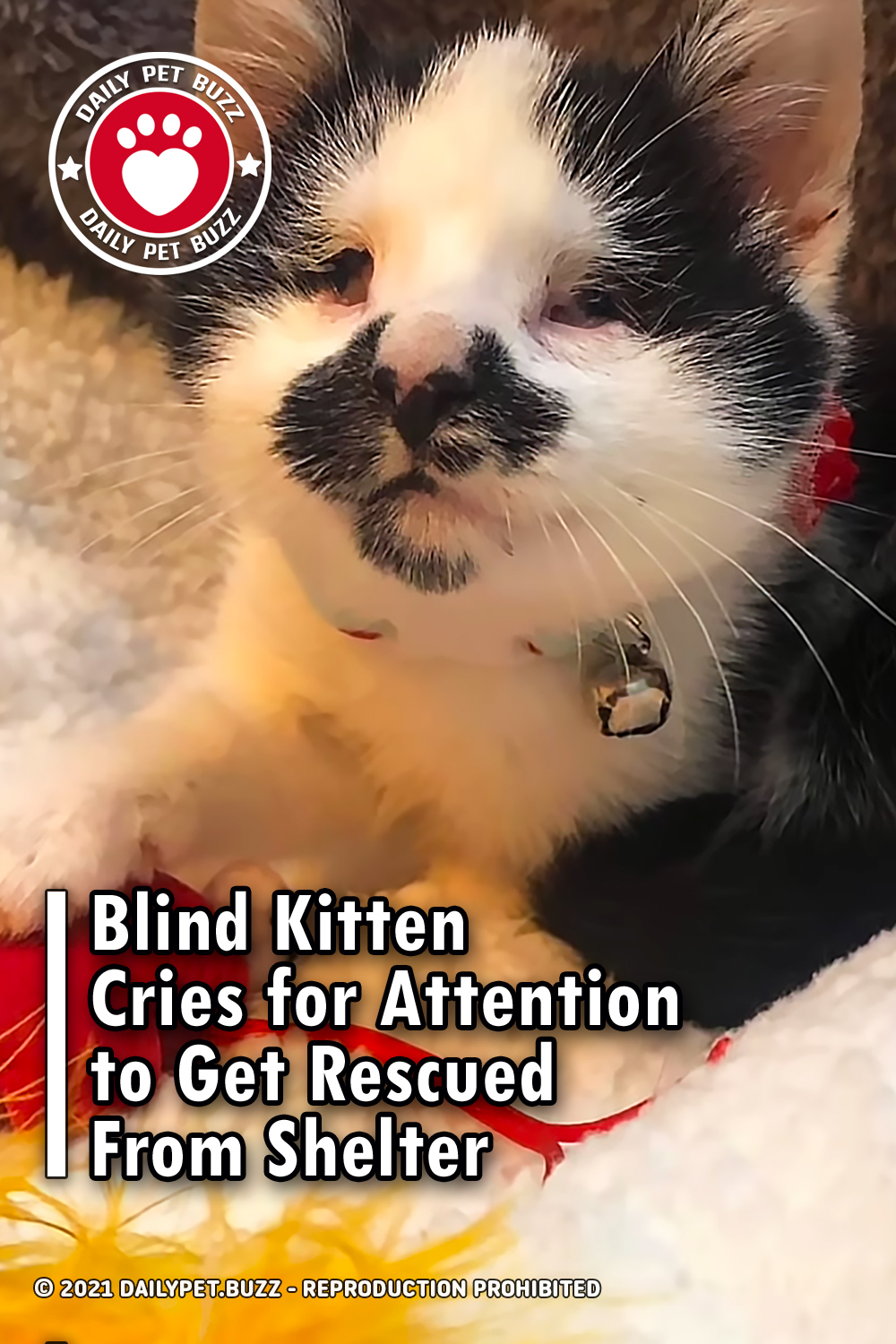