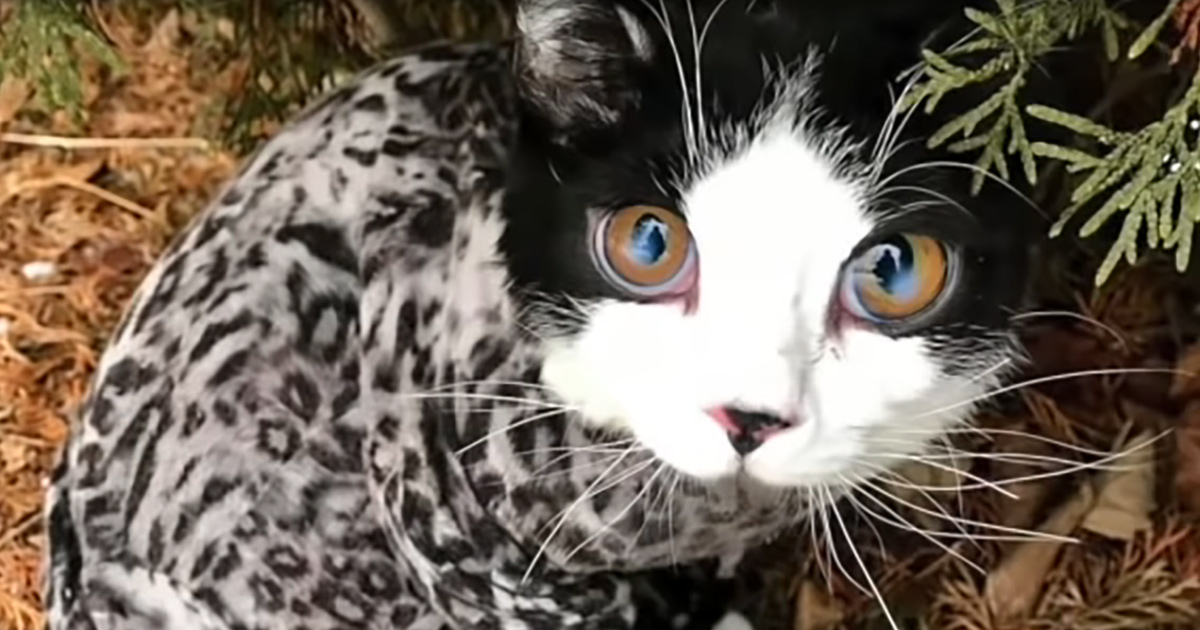 When a suburbanite from the Chicago area found an abandoned kitten in a box on her porch, she took him to a veterinarian immediately upon realizing he had a big open sore on his neck. The little kitten needed emergency surgery to suture the wound.

The day following the little black and white kitten’s surgery, veterinarian Elise Hall gave him a thorough examination, noting his uniqueness, his audacious attitude, and his unusually large eyeballs, which gave him a striking resemblance to Star Wars character, “Porg”. He had been nameless up to that point, but the movie doppelganger inspired his new moniker and he became known as Porg as well.

Dr. Hall found herself entranced with the adorable, sprightly little fellow, and couldn’t help but come back to check on him throughout the day. She couldn’t get him out of her mind and became his foster mom. Elise noticed that the slightest irritation led to open wounds on his skin. He couldn’t even groom himself without tearing it. A skin biopsy revealed that Porg had Ehlers-Danlos Syndrome – a condition in which the skin’s collagen is defective, which also accounted for his uniquely large eyeballs.

With his special needs, Elise, since she was a veterinarian and smitten with the little feline, chose to turn her foster duty into a full-on adoption. Porg became a member of her family, where she could oversee his care, including finding the perfect clothing for him to wear to keep him from hurting himself. Dr. Hall emphasizes Porg’s huge personality, noting his enthusiasm for life and adventure. Nothing slows down this special feline. 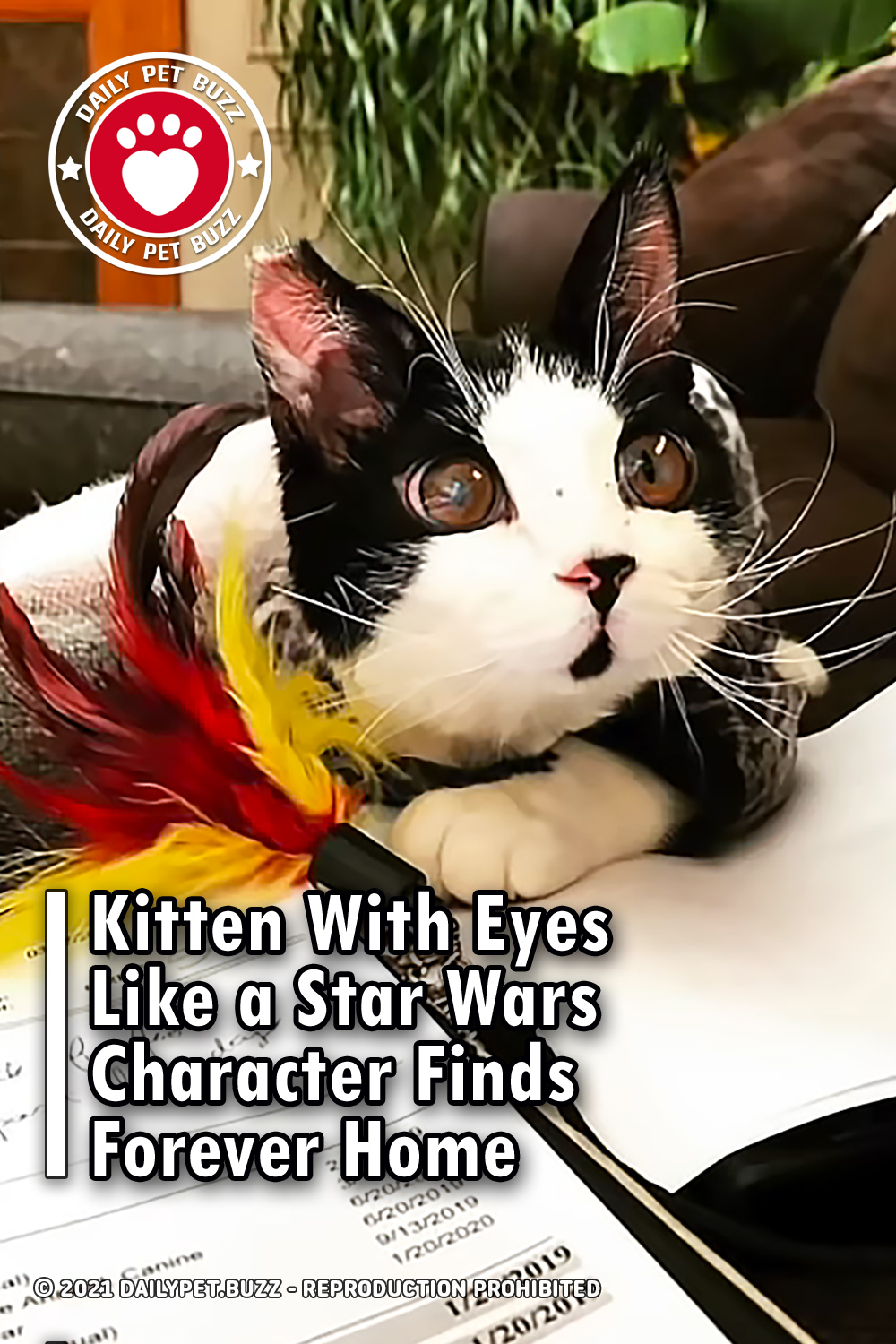