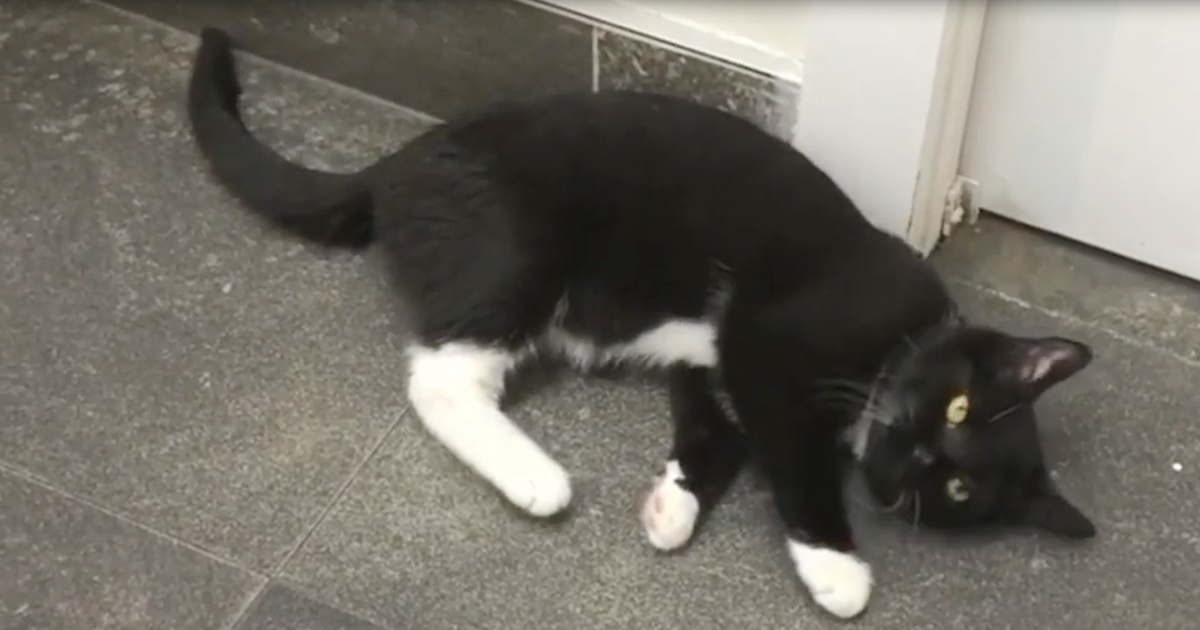 A young woman heard the meowing of a small cat and looked around in confusion for the source of the sound until she thought to look up. There on an awning outside her Brooklyn apartment was a tuxedo kitten, about four to five months old. The little feline was jumping from one awning to the next and meowing desperately for help.

Ariana, the young woman who first spotted the kitten, enlisted the help of her brother from inside the building. Her brother opened the window, but could not quite reach the distressed kitty, and then she seemed to disappear until the next morning when Ariana’s brother reported hearing her cries again.

The siblings discussed the best way to execute a rescue mission and decided the only viable solution was for Ariana to climb out the window so she could reach the frightened young cat. Very cautiously, the young woman made her way out the window toward the little tuxedo-wearing feline with a bowl of food as a gastric incentive to come closer.

The technique worked, and soon Ariana and her brother had the kitten safely in the apartment. Relieved to be inside with a full tummy and no longer in danger of falling off an awning, the little cat purred her appreciation and offered all the cuddles she could muster for her heroic rescuers. 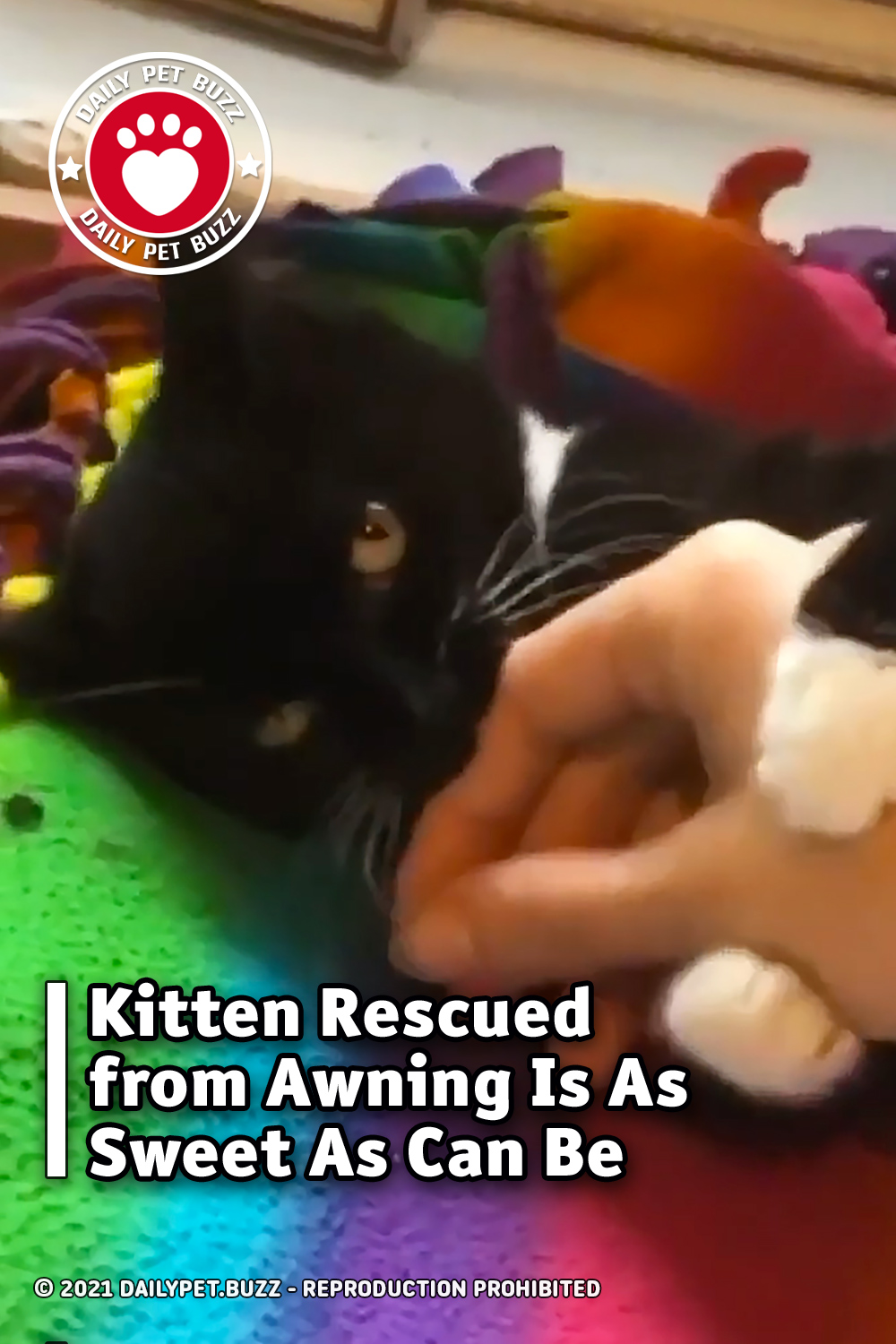