Raj the Pit Bull lived a horrifying life and a miserable existence because of his previous owners. He’s only four years old but has no eyes and suffered unimaginable abuse. But he captured the hearts of a kind couple and they changed his life forever.

New Mexico’s KRQE talked to Alex Goslow and her boyfriend about adopting the dog. She said that she knew he was meant to be hers as soon as she laid eyes on him. They saw a video of Raj made by the Animal Humane Society and fell in love with him. They picked him up the next day, not sure what to expect, but all of their fears were unfounded. Raj was so grateful to them and now they have the most loving and loyal dog in the world in Raj.

For three years Raj was chained in what is thought to be a junkyard. Not only does he now manage without eyes, but he survived after being poisoned by his previous owner. Raj is clearly a fighter and meant to survive to be with his new forever family. They benefited from adopting Raj just as much as he benefited from being adopted.

Needless to say, Raj didn’t take long to adapt to his new home and his loving new owners, who were also instantly taken with him. Raj formed a strong bond with them after realizing he was safe at last. The couple even put in a doggy-door which the dog quickly learned how to use to be more independent. He’s not just loyal and devoted, he’s smart and so deserving of this loving forever home.

Watch the heartwarming video above to see how Raj adapts to his forever home. 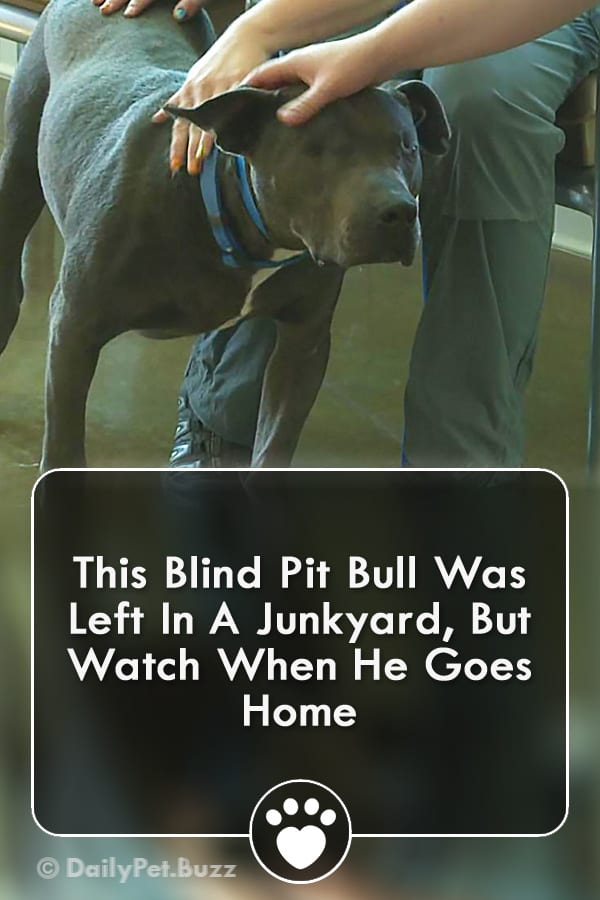