What is it with animals and reflections in the mirror? Can their brains not process that it’s just an image of themselves? There have been many videos of dogs and cats having ‘arguments’ with themselves in the mirror. One cat even seemed to play a game of ‘patty cake’ with his reflection. It went about as well as you can expect. Though I’ve never seen a video like this – it’s hilarious.

We see Kane, a French Mastiff, looking at himself in the mirror. He’s not saying to himself, ‘Dang, I’m one sweet lookin’ pooch’ he seems to think that the reflection is another dog. He stands there growling at himself – and the reflection has the temerity to growl back at him! He barks a couple of times, but mostly just does the growling. Finally, the daddy has to tell him to stand down.

The really funny thing is that even though he knew it was coming, Kane’s daddy jumped when he let out that first loud bark. It’s like when you’re at a horror movie and you know something bad is coming and you still BOOGA BOOGA BOOGA – hah.. scared you, right? No, you still jump because it startles you. Well, that startled his daddy and it made the video even better than it already was.

For some reason, Kane reminded me of a dog that I saw in the Inhuman comics that I read growing up – the dog’s name was Lockjaw and he’s even got the same type teeth. If you put a tuning fork on Kane’ head, you have Lockjaw – though he’s much bigger in the comics. That’s just the ramblings of a comics nerd. Anyways, Kane keep looking over at his dad like, ‘You know I’m just acting here, right?’ Otherwise, he probably would have rammed the mirror. Then that would make daddy jump again.

Have you had your dog act this silly at a reflection in a mirror? We want to hear your stories! Tell us in the comments section! Also, we’d love it if you ‘Like’ us on Pinterest! 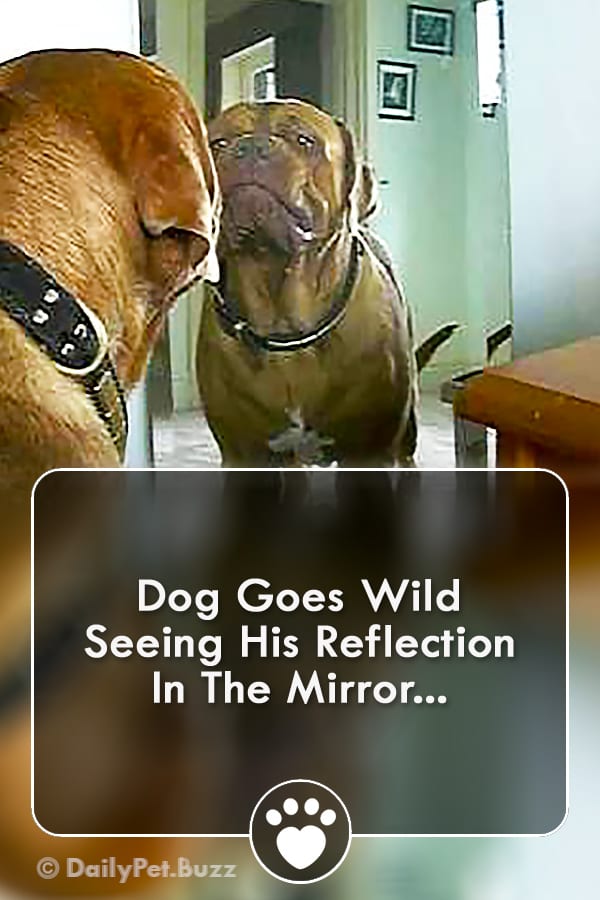