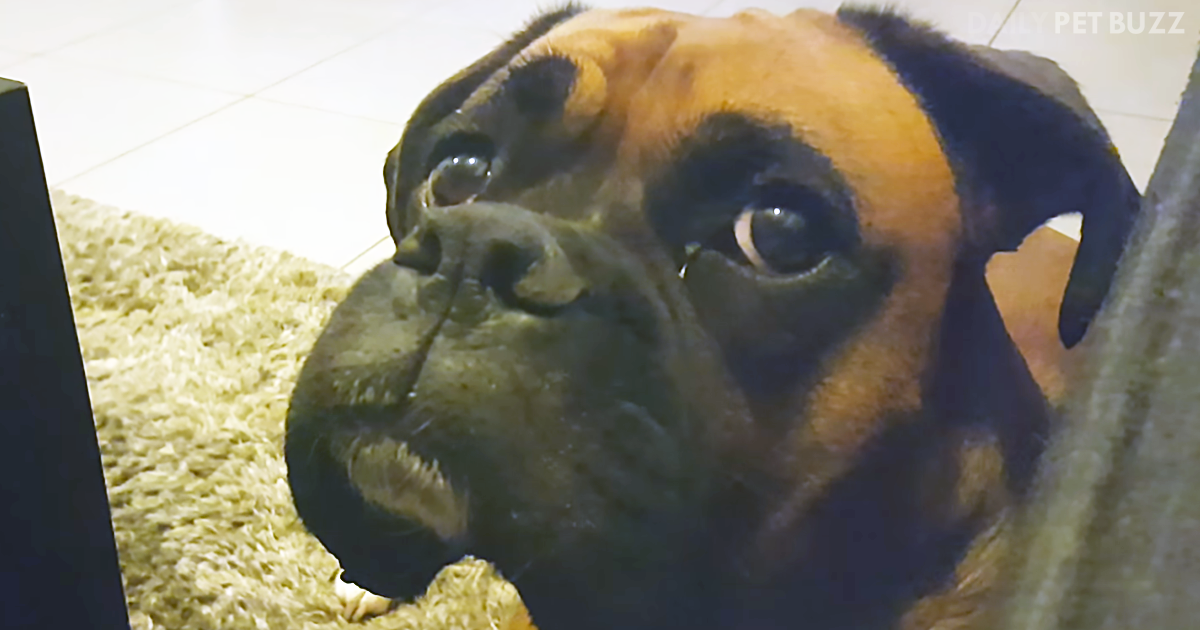 Dogs have begging down to a science. Well, they should, since they’ve had tens of thousands of years to perfect their craft and hand it down to their descendants via DNA. There are many different forms, ranging from sitting there whimpering with their ribs drawn in, just like William Shatner always sucked in his gut on ‘Star Trek.’ Then we have this dog who can convey so much just with her eyes.

We see a close-up of a boxer named Lily. Her mommy is munching on an ice cream bar in the background, and the pooch is fixing her with sad eyes. She looks away every few seconds, but then she looks back like, ‘Are you going to share?’ Her eyes are really expressive, and it’s fun to watch them during the video.

I was just waiting to hear an audible sigh on her part at one point during the video. Lily is looking at her mommy like, ‘Really? Are you doing that in front of me? That is SO not cool.’ She’s very patient, though. If she were really mad, she’d probably stomp off in a huff. Perhaps she thinks that her mommy will cave in and give her some of the ice cream treat.

Some people got quite upset when they saw what looked like chocolate on the stick. Lily is a HUGE dog, and she’d have to have eaten a whole ice cream bar even to approach a level of danger. There’s nothing even close to being a toxic level of chocolate for dogs. Oh, yeah, if you have a dog or cat – keep them away from chocolate. It’s potentially deadly for them – but only in larger quantities.

Isn’t Lily adorable with her pouting? She is such an expressive Boxer, and you may have seen some of her pouting in other videos, too. She sure is a darling, and at least mom let her lick the stick, right? Don’t miss those big puppy eyes in the video we have posted below. 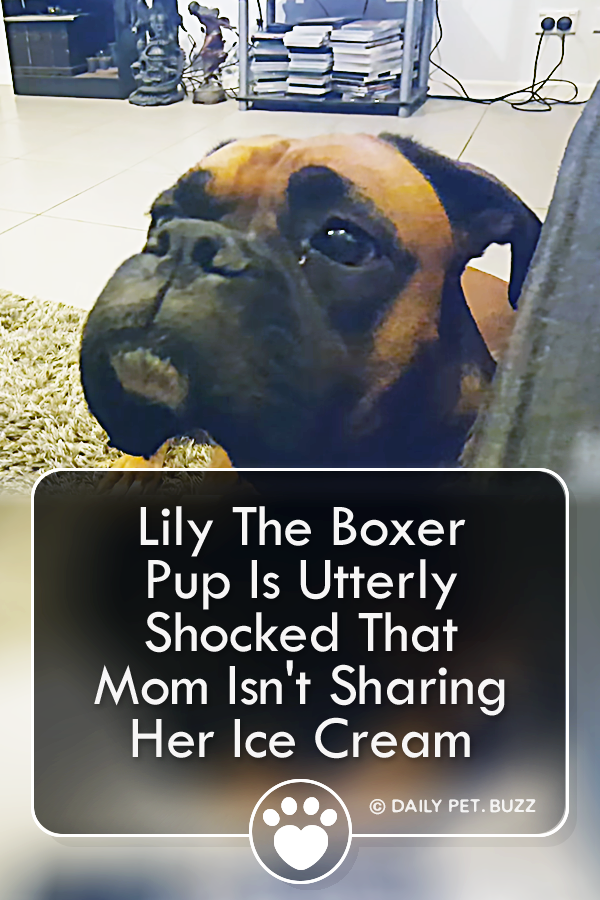