I remember when I was a kid, I got to go on a ride on the back of an elephant. Still have that picture somewhere. I probably got to feed him peanuts too. They are the most fascinating animals to me, their trunks are amazing. They can do so much with it. That’s why I found this video so fascinating. It also made me wish that I could go to Thailand to do something like this. I might need to save some money –

We see a group of people at a nature preserve in Thailand. They may be in a travel group. A baby elephant comes wandering by and one of the group sits down to see if the elephant wants to play with him. Boy, does he ever! This baby pachyderm is THRILLED that someone wants to play with him. It totally made his day – so he decides to give this fellow a memory that he will likely never forget.

This elephant is determined to wring as much cuddling and hugging as he possibly can. Time and time again, he gets up and leans against this guy. A guy in my parent’s building had a black lab that would lean against me until I pet him. This is like that, except the elephant is MUCH larger than that black lab was. It’s a good thing that he’s friendly. I would hate to see him get mad at anyone.

There are times that my cat will rub and bump up against me when I sit on the ground. He can get aggressive! I’ve been knocked over a little bit too – and I’m over 200 pounds. I’d feel like I was in football practice with this pachyderm – This is another case of an animal truly not understanding their size and strength. It’s a good thing that the man he was rubbing up against looked like he could play football himself. He may have wanted ice afterwards for some soreness, though.

Wasn’t this such a cute scene? Have you had the chance to do something like that? Tell us all about it in the comments section! Also, please ‘Like’ us on Pinterest. 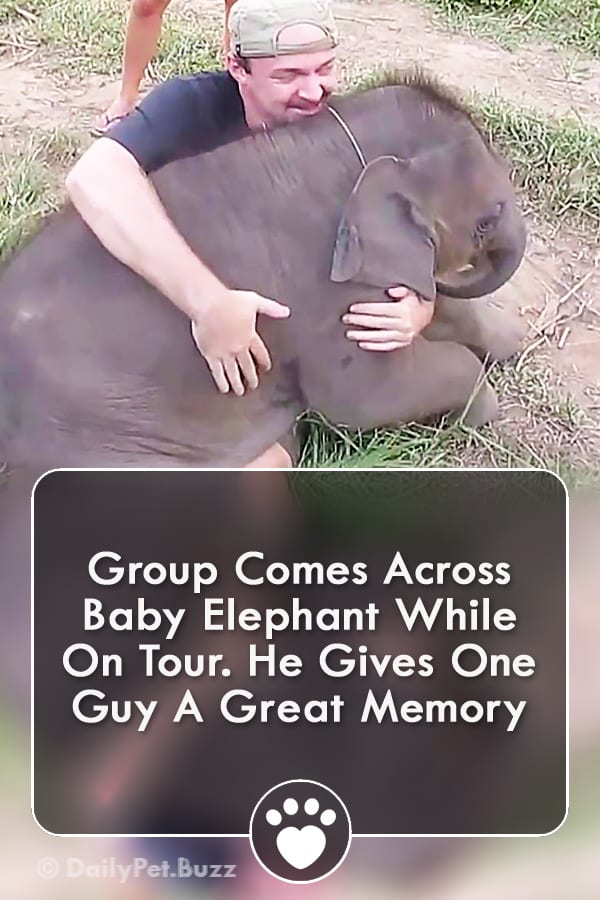