We’ve seen them several times before. Animal organizations that help out poor abandoned creatures in order to give them another chance at life. Few organizations work as hard as Hope For Paws, who rescue dogs who were born in the street or who ended up astray due to neglect. They rehabilitate them so that they learn to love humans again, and they also help them find new homes. In the video featured here, we see one of their tougher cases, as they had to find and rescue a dog who was literally living in the trash.

They found her in very poor conditions. Her name is Miley, and she apparently had all the problems that stray dogs usually have, such as infections and parasites, and mange in her skin and fur. They took her to the Veterinary Care Center, where she recovered and received medical attention. She also made a new friend! Frankie, another dog, was rescued from the draining system, and you can see them together helping each other recovering and regaining hope.

It’s heartwarming to see beautiful moments like these! What do you think about rescued animals? Let us know in the comment section below the video! And don’t forget to share it with your loved ones. 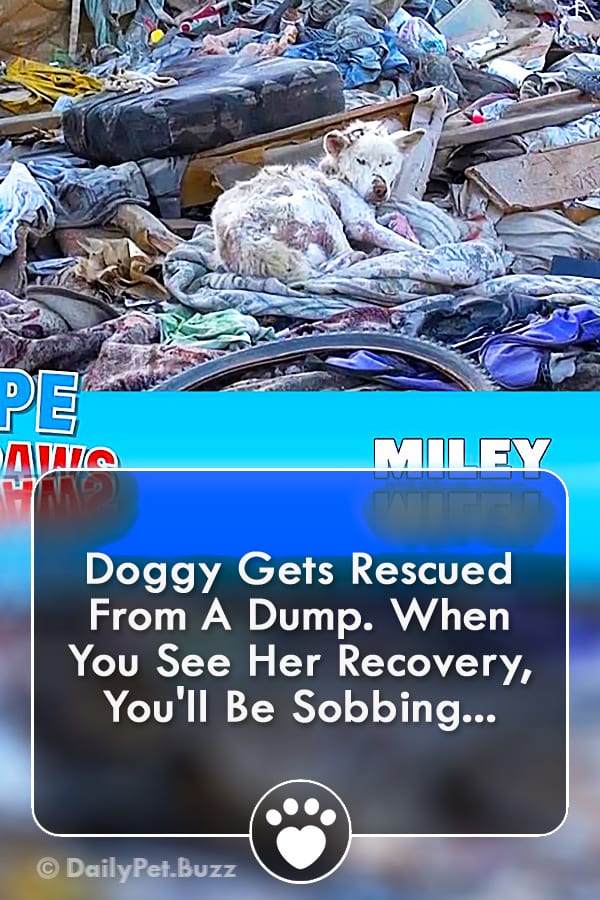