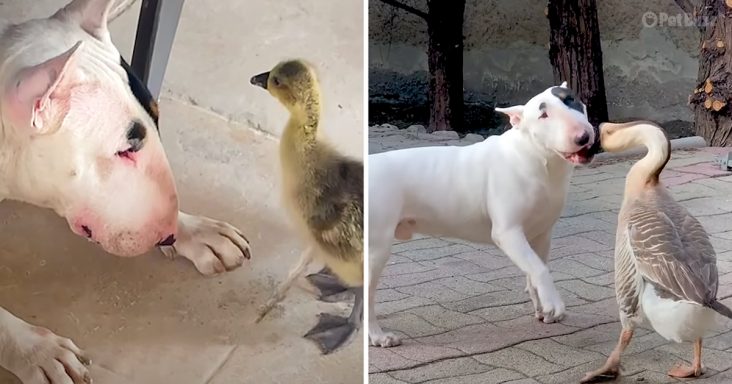 Rillette was a two-week-old goose when she was rescued from a goose farm. In a box, Rillette cried for hours when she was first brought into her new home.

Aurore, the woman who took her in, was worried that Rillette and her Bull Terrier Nino would not get along. It only took a few minutes for the baby goose to start following Nino around everywhere.

Nino naturally took the role of a big brother to Rillette. He watched her every step and sat outside her small house while she slept. The two of them became inseparable.

According to Aurore, Nino was always a loving dog. Still, she had never seen him so delicate and gentle until he met his goose sister. After months had passed, their bond only grew stronger.

Every morning Nino wakes up the entire household so he can be let out to see Rillette. Aurore opens up Rillette’s tiny house, and Nino runs around excitedly.

Rillette and Nino take turns chasing each other until they are exhausted. While Nino is napping, Rillette enjoys teasing him by walking over him gently. She loves playing the role of the irritating little sister. 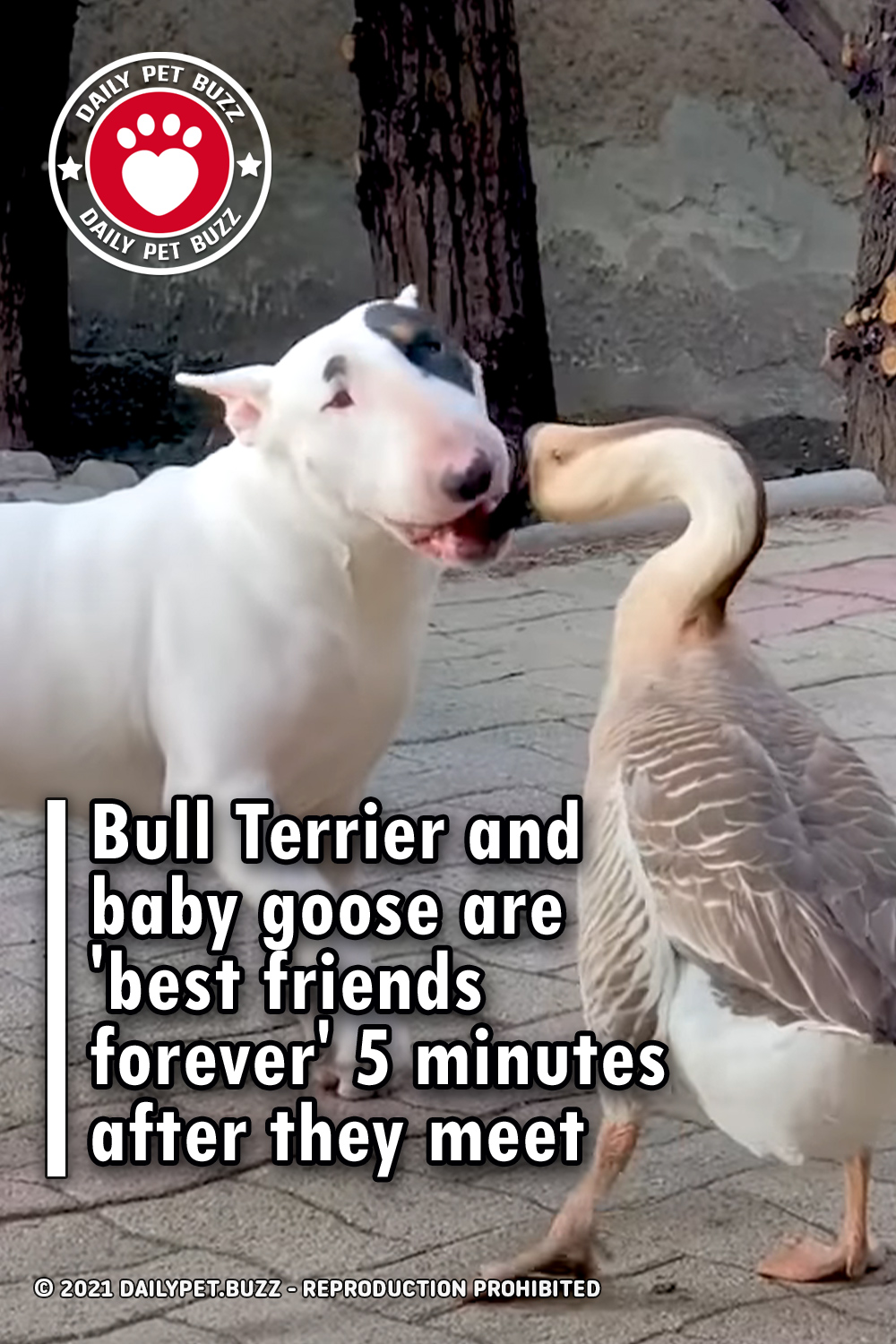