Some people might think horses don’t do much more than stand around eating hay. They couldn’t be more wrong…

A native of Long Island, Richard Wiese has a career that most of us would envy: he’s a professional explorer! His travels have taken him to such far-flung places as the Yucatan Peninsula (where he tagged jaguars), Tanzania, and even Antarctica. He hosted a television series called “Born to Explore with Richard Wiese” that aired on Saturday mornings on ABC and was later distributed internationally by National Geographic. The show has won Emmy Awards as well as the Parents’ Choice Gold Award.

Filming an episode of “Born to Explore” at a ranch in Chile led to some unplanned equine hijinks. The show’s producer was there and happened to be filming the filming on his cellphone. Wiese was interviewing Gonzalo Vial, a horse breeder and trainer. Referring to the horse standing between him and Vial, Wiese remarks, “Typically when I meet a horse, it is not so calm, like this. This is a very gentle horse.” As you’ll see in the video we’ve posted below, a different horse was standing behind cameraman Greg Harriot and had ready rested its chin on his shoulder. This is cute enough, but you’ve got to see what happens next. Chunchun may not be as calm as the other horse, but he’s certainly friendly and definitely loves attention.

Continuing to film the interview, Harriot does his best to stay calm while the horse tries to make friends with him. But even the most seasoned professional is going to have trouble keeping his composure when a lovable rogue like Chunchun gives him a going-over.

Did you get a kick out of this friendly, attention-seeking horse? Let us know in the comments at Facebook. Be sure to like and share so your friends can get a big laugh. 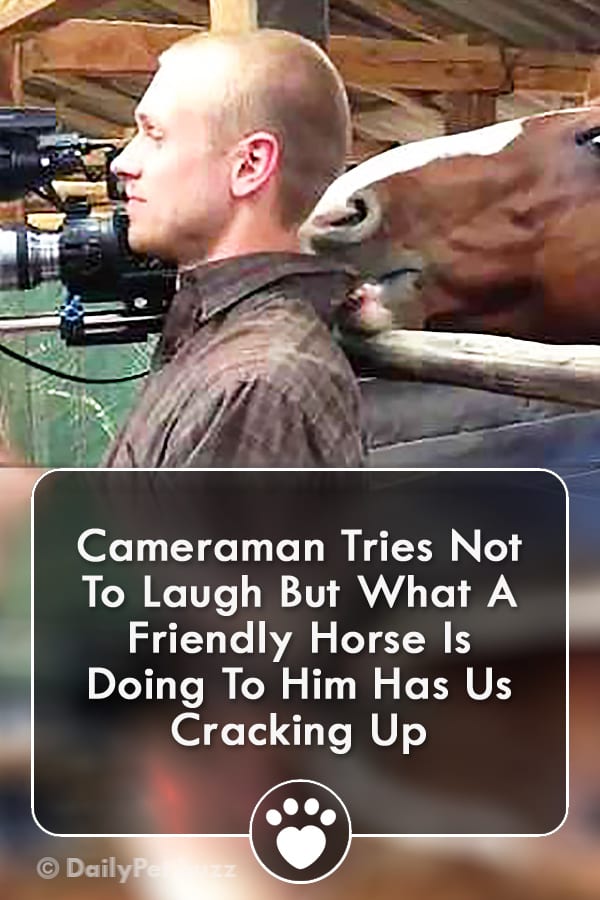