Puppies and human babies have quite a lot of things in common, such as being adorable and cuddly. However, they do have some differences as well. When dealing with a fussy baby, you at least have a little chance of figuring out what you’ve been doing wrong, and as a result, you can hopefully figure out what you need to do to solve the problem. But with fussy puppies, there’s almost no chance to get out of it easily, although this one makes it very clear what he wants.

The clip above shows Bentley, a bulldog puppy who has gotten angry at dad because of some unknown reason, and the way he shows everyone his anger is absolutely adorable. Bentley actually appears to throw a temper tantrum like a toddler when his dad tells him that he can’t get on the couch. I had no idea puppies throwing temper tantrums could be so cute! I can only hope to one day have a puppy as adorable as this one for myself. You just have to see it for yourself!

Even if you are not particularly a dog lover yourself, you should enjoy the video above quite a lot. Bentley makes for quite an entertaining site when throwing his tantrum, and that’s exactly why his owner recorded it. It’s like he anticipated what his puppy’s reaction would be. Do you think this has happened before?

Watch the world’s most adorable temper tantrum in the video above, and if you love videos like this one, share it with your friends on Pinterest so that everyone can see it! 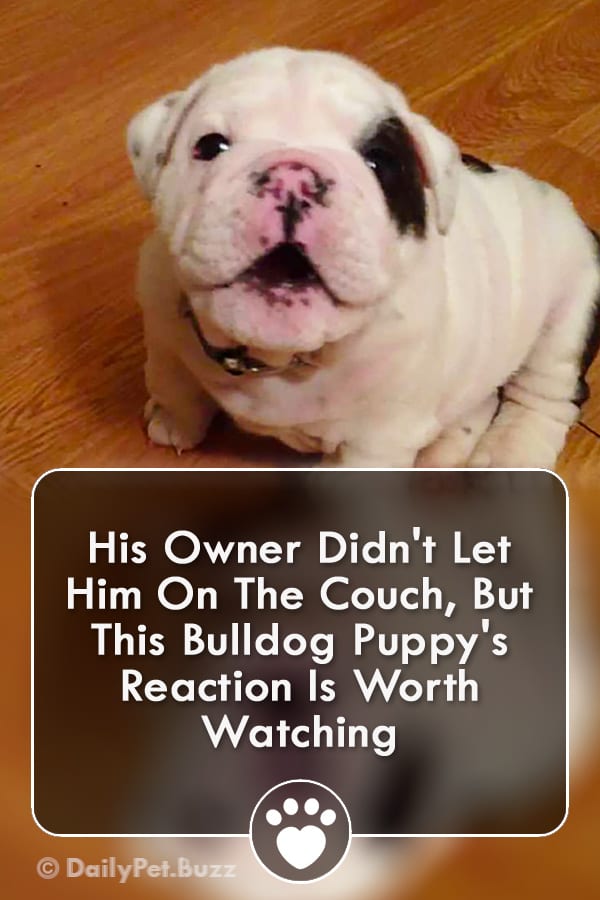