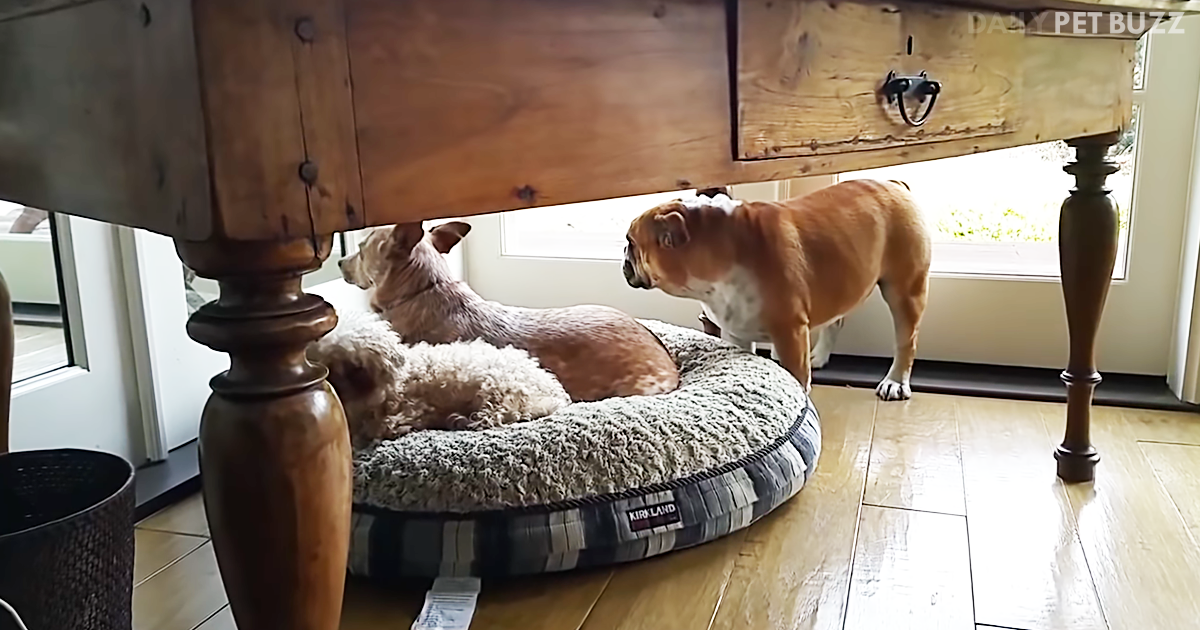 Sharing is caring, but that’s not always the case. It’s really easier said than done. If we have a favorite toy or possession, sometimes we don’t like others touching it or using it. When this bulldog saw another dog sitting in his bed, his reaction was just too cute.

Bulldogs are notorious for their tempers and violent natures, but this video is proof that they are a highly misunderstood breed. Instead of flying off the handle, this bulldog just growls and then whines to his owner as if to say, ‘You DO something!’

I love the way his little sausage tail wags a bit while he growls at the intruder in his bed. What’s even more hilarious is the absolute disinterest the other dog shows in the bulldog’s growling, even though the latter is probably glaring holes into the first dog’s back. He’s just ignoring the bulldog’s fits of anger and coolly lounging on the doggy bed. You know he’s one cool cookie.

I also really like how the dog handles the situation. The dog on the bed gets up as if to say, ‘Here you go. I’m done with it; you can have your bed back.’ Hahaha. This video is hilarious – check out this funny bulldog in the video below. 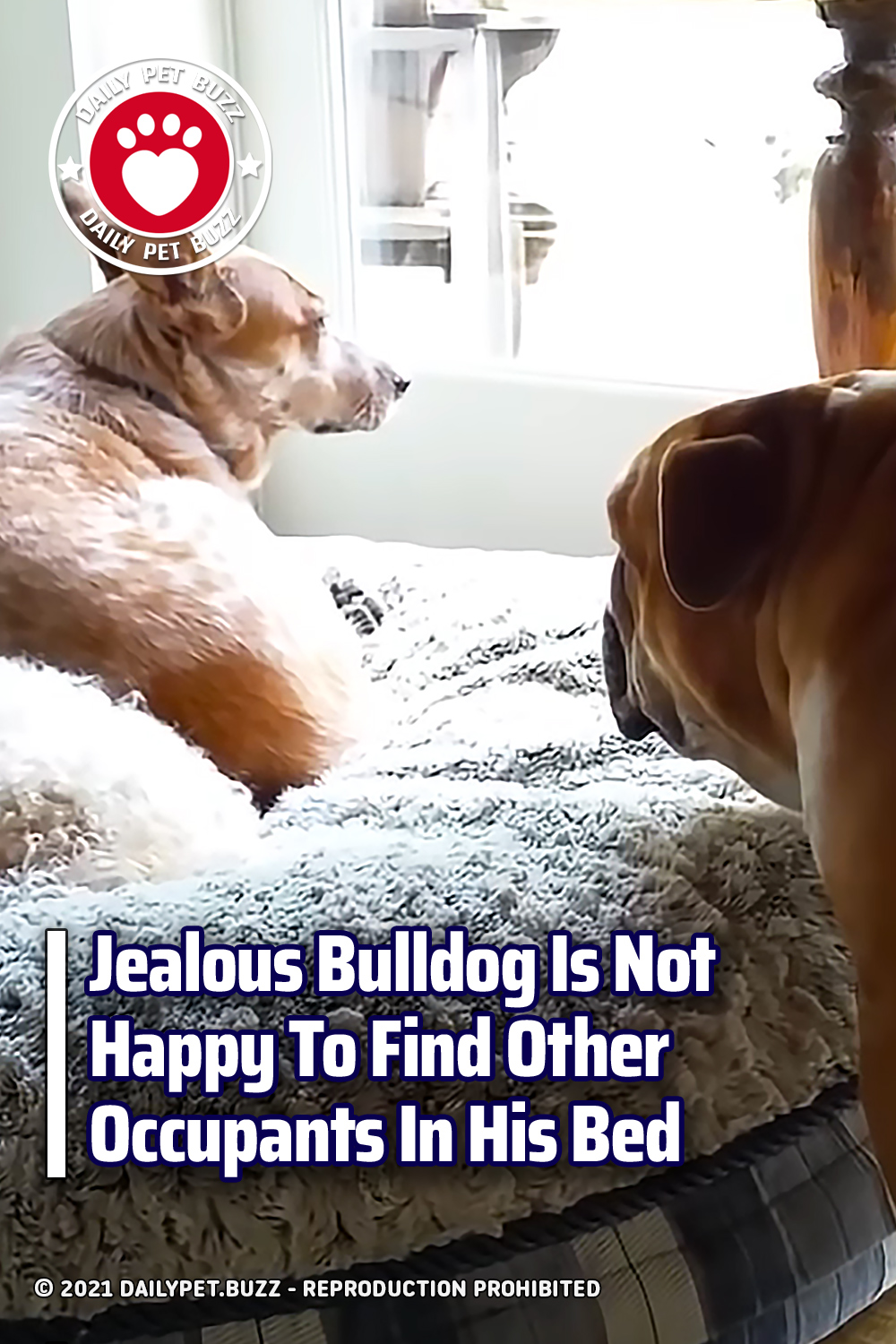