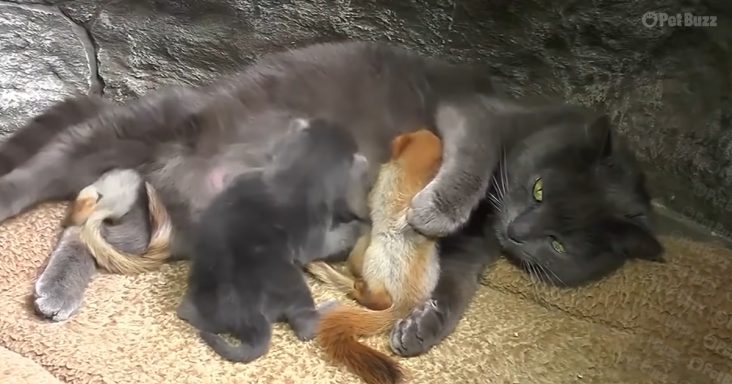 When the staff at the Bakhchisarai Miniature Park decided to take a litter of baby squirrels that had been brought to them to Pusha, they weren’t exactly sure what to expect from the cat.

Pusha was a cat who stayed at the park and was quite a favorite among the visitors and even the locals. She had recently given birth to a litter of five beautiful kittens who brought joy to everyone who saw them.

A box had recently been brought to the park and in it were five little squirrels. They were still quite young and at a stage where they needed to be breastfed. Having no other option but Pusha, they were handed to her.

The little squirrels were at first quite scared of Pusha and her kittens since they naturally recognized them as predators but after a while, they realized that she meant no harm to them.

Very soon, the squirrels were breastfeeding together with the little kittens. Although it took them a while to adjust to each other, the family of five became a family of nine.

Visitors now had a new spectacle to watch. The cat who had baby squirrels. The kittens and squirrels played together and at times, they even fought for their mother’s milk.

Watching the young ones breastfeeding together and running around all over the place is sure to put a smile on your face. This was a true display of a mother’s affection from Pusha the cat. 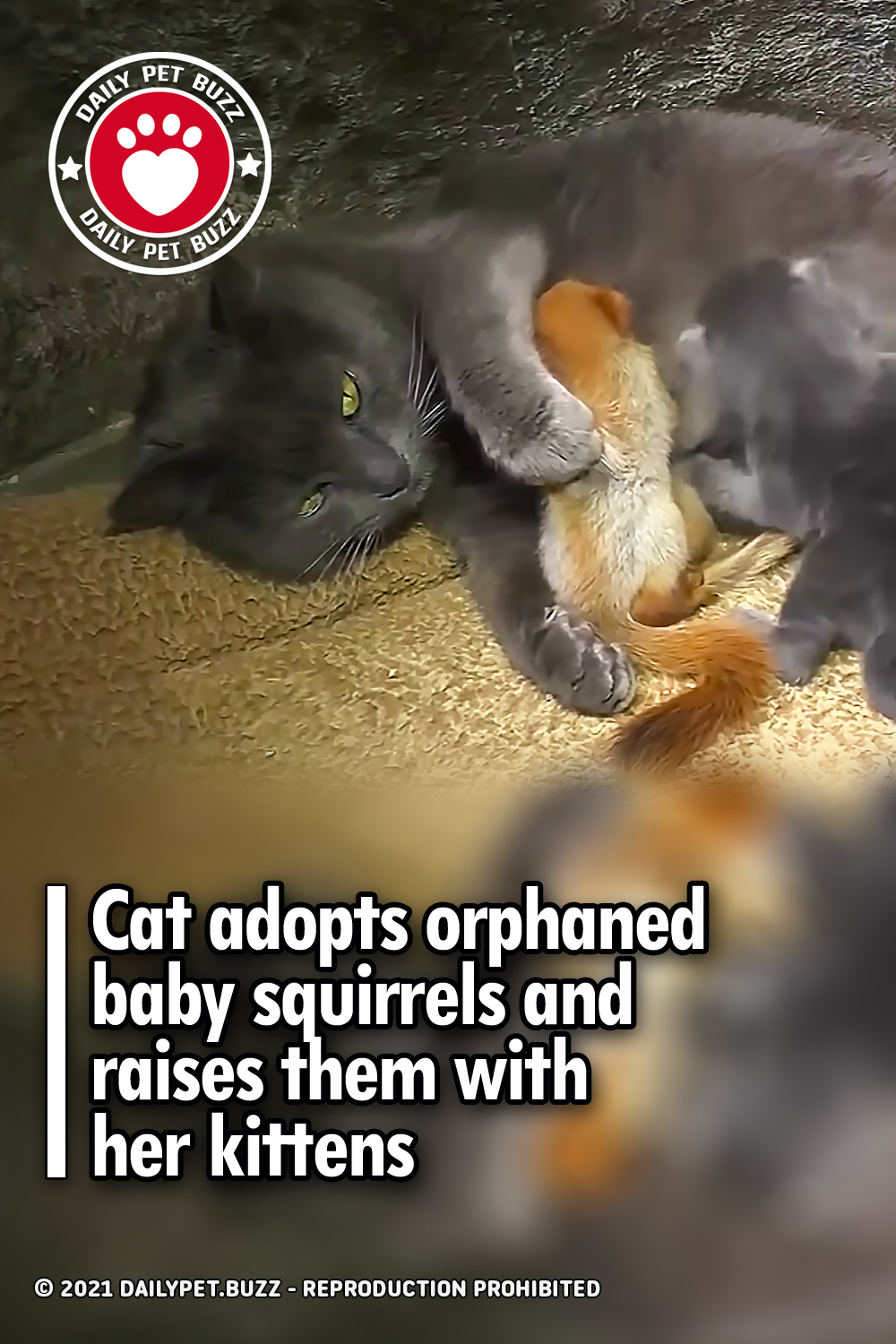