A stray feline named Pudditat doesn’t care much for the other cats in his neighborhood. But when it comes to Tervel, a 14-year-old chocolate Labrador, Pudditat has a very obvious soft spot.

It’s believed that when Tervel was a puppy he was abused, causing his blindness and partial deafness. When his new owner took him in, Tervel would simply sit in his basket, afraid to move. Now his life has completely changed with the help of Pudditat, who has become the dog’s guide.

‘I think Pudditat must’ve realized that Tervel was a bit vulnerable. He just seemed to know there was a need there somehow,’ the owner says. ‘Tervel is much more confident when Pudditat is around. He relies on him to get around and avoid bumping into things.’

‘It’s often when they are out, they are nose to tail, with Pudditat in the lead and Tervel following him,’ the owner says. ‘It is lovely to see, especially when you’re used to dogs chasing cats.’ 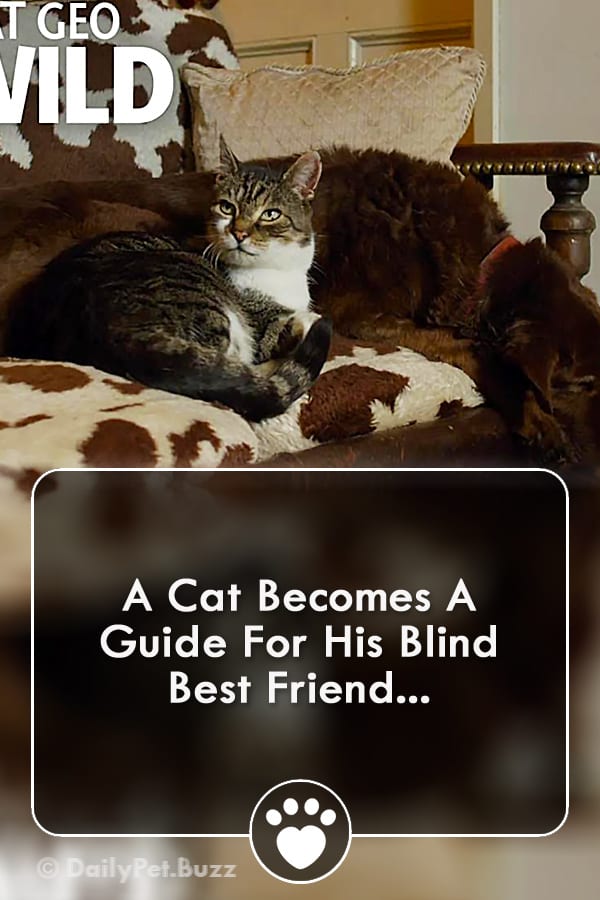