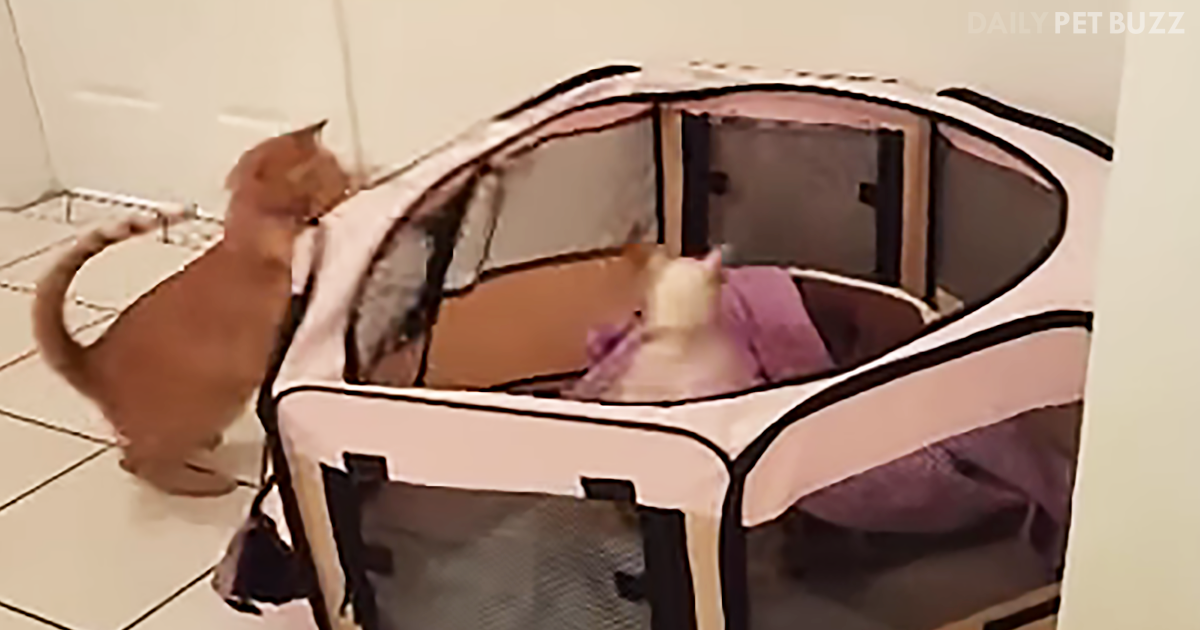 Recently, I wrote about a compilation video that showed animals helping each other – those featured cats that were massaging each other, opening jars for dogs, and performing other helpful tasks. This video, though, is more like a jailbreak. The only thing that’s missing is the barbed fences, the spotlights, and the guards with the snarling dogs who seek out the escapees. This one is far cuter.

We see the video from the viewpoint of Erica Metz, who filmed this. She shuts and then quickly reopens the door to the room where she has her Chihuahua puppy that’s in a mesh holding pen that looks kind of like a UFC fighting octagon – if it were pink.

A few seconds later, a cat bounds into the frame and stands on his hind legs, trying to scoop the pup out. That doesn’t work, so he moves over and throws his body on the pen, making it flatter, and the Chihuahua jumps out, and they scamper off.

My first thought when watching this was that it was the worst possible holding pen for a dog if it could be bent like that. If you want to keep them inside, have something sturdier. I mean, it took a cat a very short amount of time to figure out that his body weight would be enough to flatten it for the dog to vault over. I’m afraid of that cat deciding to devote his energies to taking over the world.

One thing – if you decide to watch the video on its YouTube channel, it should go without saying to not look at the comments. That goes double for this one. I lost some brain cells that I’m not going to get back. Still, it’s got a fair amount of views since it was uploaded in March of 2016. I wonder if the people who created ‘Prison Break’ would want to do an animal version of the show – Although this is such a short video, it’s still infinitely amusing to replay it. The way the cat just bursts onto the scene – Check out this comical break-out in the video below. 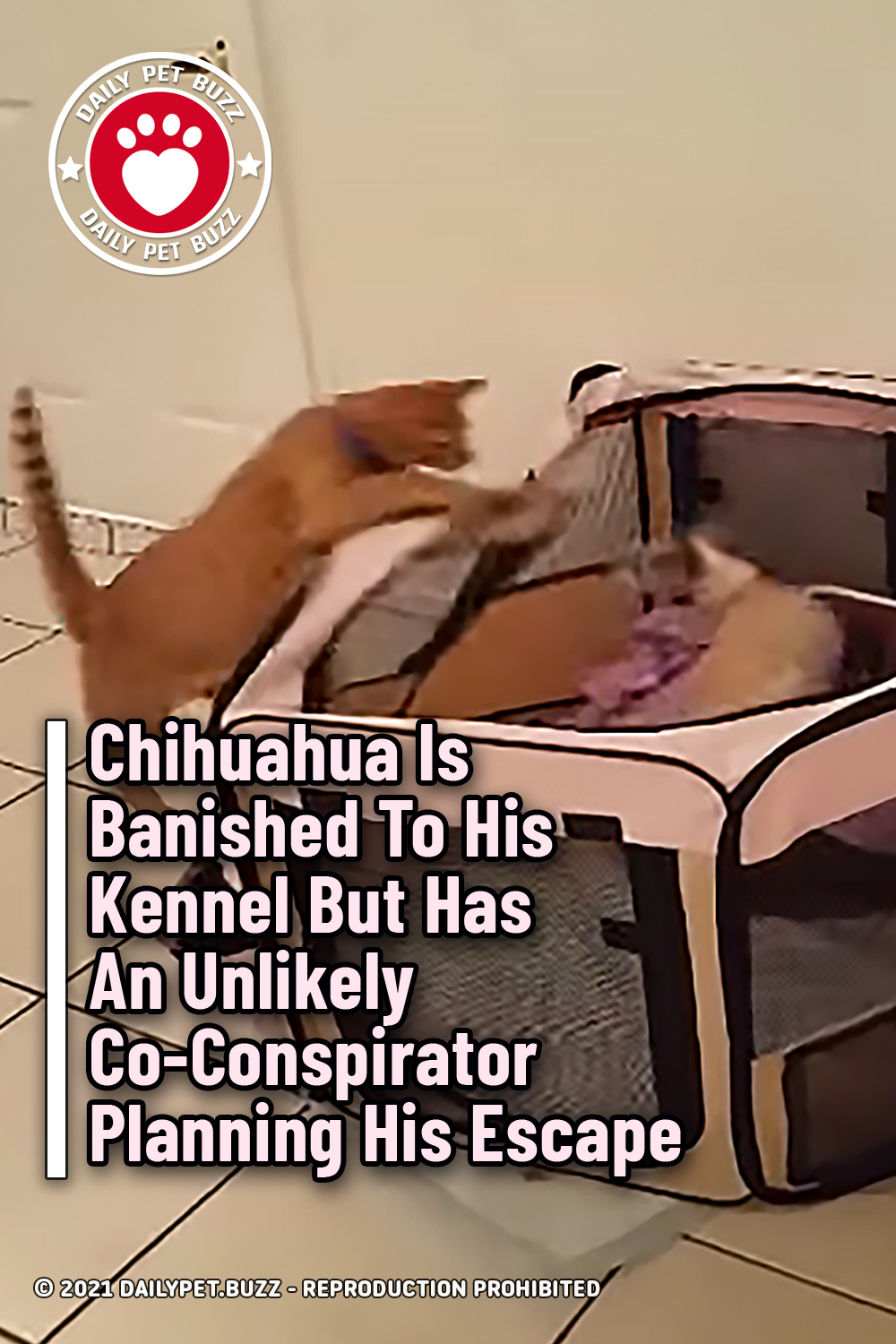