When I was growing up, I had a favorite toy that went everywhere with me. I think everyone did. Sometimes animals have the same attachment to a toy that we as humans have when we are children. Well, this Golden Retriever is no exception and you’ll see just how much this dog loves her favorite toy. She shows us in the cutest way possible in the video that follows down below. Her special teddy bear that she prizes so highly gets taken away for a wash, but this dog was not having it and she does what she was born to do. She retrieves it from the washing machine and couldn’t be cuter while doing it.

Lucky for us, her parents knew she would have some anxiety when her toy was taken away, so they set up a camera in the laundry room so they could see her reaction when she figured out her toy was in the washing machine. They knew what to expect, so obviously this has happened before and they were prepared. This Golden Retriever is now an Internet sensation, but I don’t think she will give up her teddy bear long enough to sign autographs.

It doesn’t take long for the Golden to come into the laundry room and rescue her teddy bear from the washing machine. She certainly found a way to get exactly what she wanted, just like most dogs do when they want something badly enough.

Watch this adorable dog rescue his best friend from the washing machine in the video above. It will make your day. Don’t forget to share the video if you love it, too. 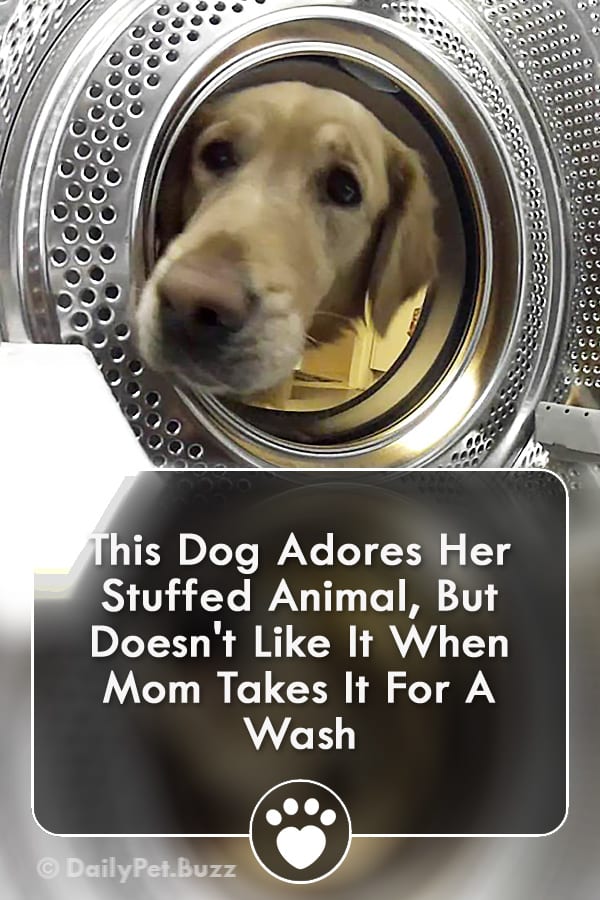