This adorable video shows exactly what happens when a precious baby chocolate Labrador who thinks she’s the biggest dog in the world encounters two rather large German Shepherds!

While some people were nervous when watching the two big dogs playing with the pup, it should be noted that these two beautiful animals are very well trained and easily restrain themselves without their owner instructing them. If anything, the little baby puppy is the one that’s roughhousing a bit too hard! She really thinks she’s the leader of this group of furry friends!

This beautiful little lab is chasing both of the bigger dogs, and when you see the looks on their faces, you’ll see that they’re the ones who are running away from the tiny puppy!

When you watch these three friends having a great time playing with each other, you’ll easily agree that everyone is having a wonderful day. The big dogs are enjoying themselves, and the little puppy is clearly in a safe environment. Dogs often communicate through little playful nips, and if you watch closely, it really seems that the tiny lab is the one calling all the shots!

Have you ever seen such an adorable video of friends having such a good time together? Make sure to let us know in the comments below! Our favorite moment is at the very end, when they all stroll away together as a newly formed pack! 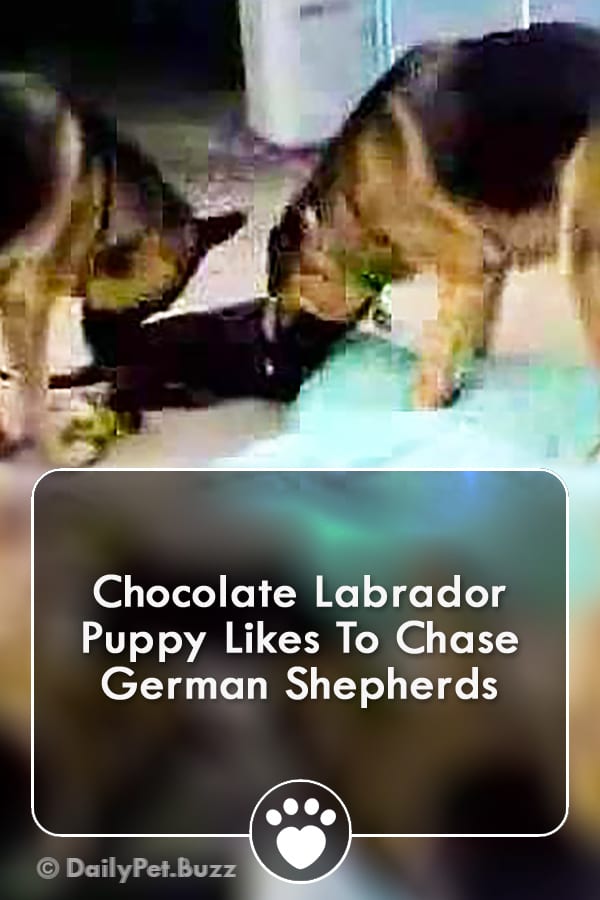