This is one of life’s greatest mysteries. No, it’s not ‘Are we alone in the universe?’ That’s a good one, though. No, it’s why food that tastes good is generally unhealthy and the food that is purportedly healthy tastes like eating cardboard. Yes, I know that there are dressings and oils and other things that can make them taste better – but those tend to raise your caloric intake or add way too much salt. There should be a scientific way to make everything taste like pizza. I think the bird in this video would agree with me.

Eric the Cockatoo has appeared in a number of videos. He’s quite the character. The last time that I saw him, he was flinging coins all over the place. This seems to be a thing with him, since he does the same thing this time, except that the objects are broccoli. Yup. The cruciferous vegetable. His vet apparently said that he needed it in his diet and his mommy obliged. The thing is, at least for this video, he is not obliging by eating it.

No, instead he acts like he is in training for a new Olympic sport: Broccoli Tossing. Judging by the distance that he gets on his throws, he would be a shoo-in for a gold medal. He’d get silver and bronze too, since he’d be the only participant. His form is quite simple ” he grabs the bowl and flings it over the side of the counter. There is one time where he mixes it up by taking the broccoli out of the bowl and tears it up before flinging it over the counter.

His mom insists that this is an aberration and that he usually likes it. Maybe it’s a camera thing, since he does like to let his impish side out when he’s being filmed. She even gave him three takes to try to eat the broccoli. He may have been grumpy that day ” perhaps he had been having a good dream when he woke up. That would always put me in a bad mood to start off. Hopefully, he’s enjoying broccoli now off-camera.

Even though he was in a bad mood, I thought he was still cute. How about you? What did you think? Let us know in the comments section! Also, please ‘Like’ us on Pinterest. 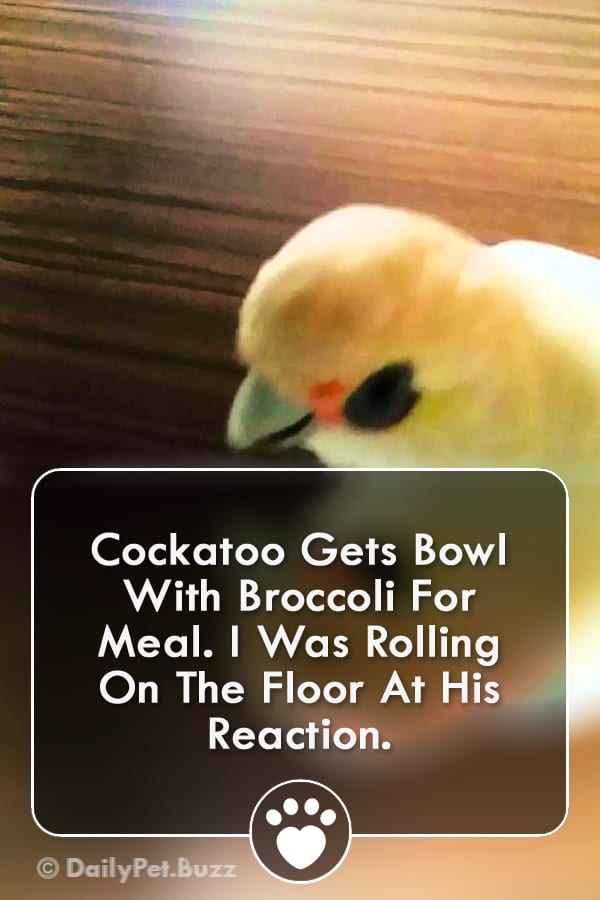