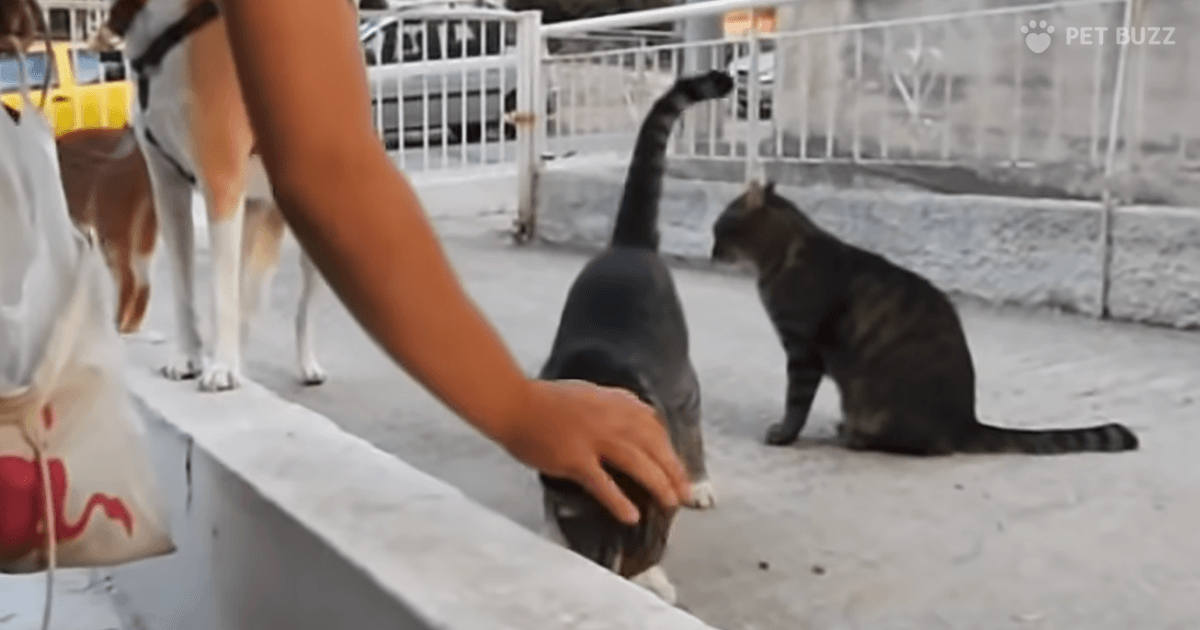 There are some areas around the world where there are huge feral cat colonies. Fay and Dionisis, a young Greek couple, live in one of those. Being animal lovers, they decided to try to help all the cats that they could. The duo feeds up to 30 stray cats a day, though there’s a funny stipulation involved – more on that later. What they do each day for these animals is nothing short of incredible.

The two of them go outside in their neighborhood in Greece, with their rescue dog, Meli. That last part is important since the cats will not go near them if the pooch is not there. Go figure. They carry a bag full of dry cat food, which ensures that their area will stay clean. They also neuter all the ones that they can, which prevents an overpopulation explosion. Once the neighbors realized what they were doing, any tension subsided.

That’s not to say that this is easy for Dionisis and Fay – taking care of these cats can become a financial burden, and they don’t ask for money from the Greek government since there’s no aid there for what they do. Instead, they created a charity and get money from supporters who want to help these cats live a good life in their colonies. It’s a noble endeavor, and hopefully, they can do it for a long time.

Another issue that arises, and it’s not a malicious one, is that their neighbors also sometimes leave food out for the cats, but it’s not the proper kind. Sometimes they leave wet food or even leftovers. The cats should not be eating cooked food – and sometimes that food even has bones. Some animals, like vultures or hyenas, can digest bones. Not cats. So they try to spread awareness about that.

These cats are so lucky that Fay and Dionisis are around to help them – and Meli, of course. Check out this neat story in the video just below. 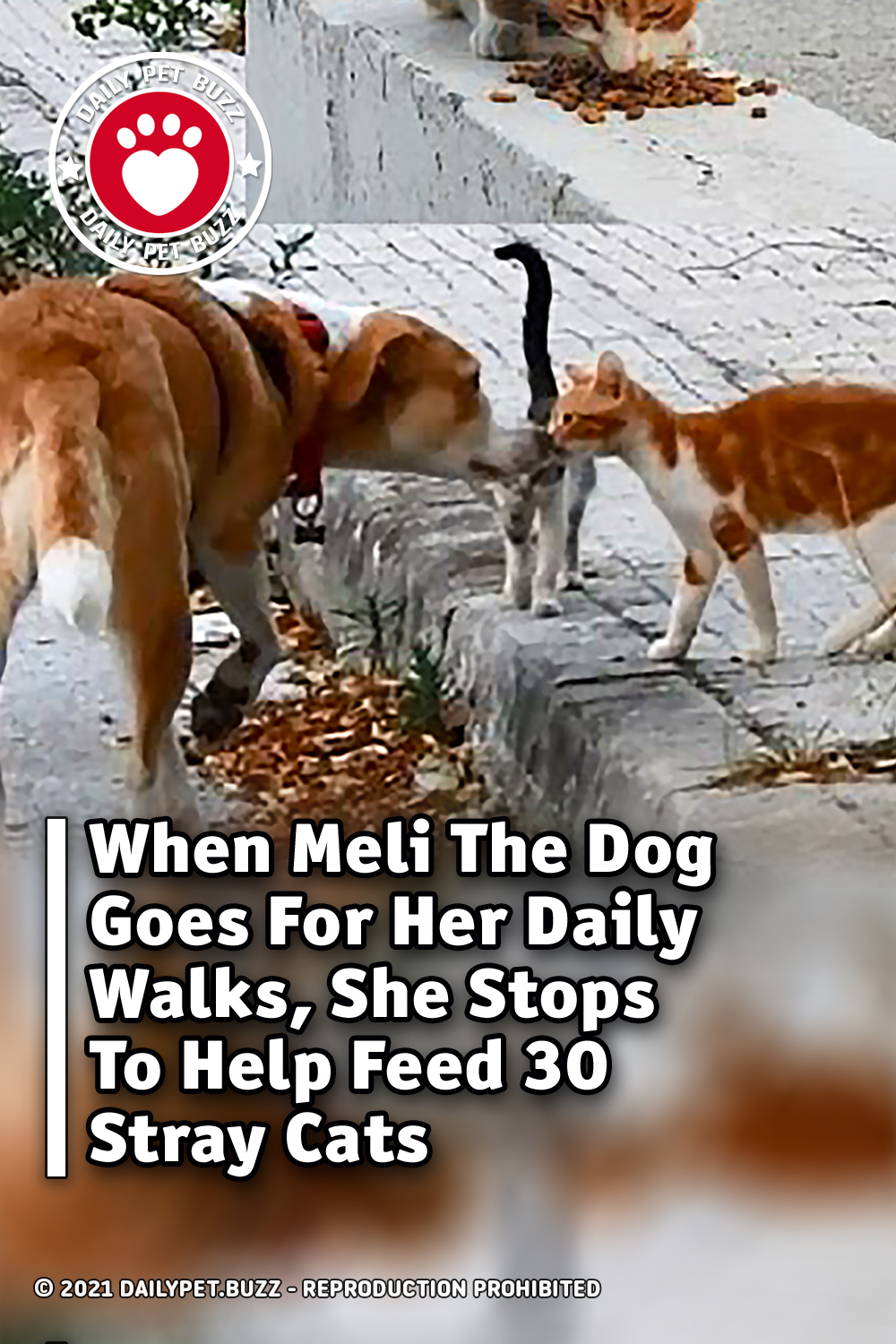