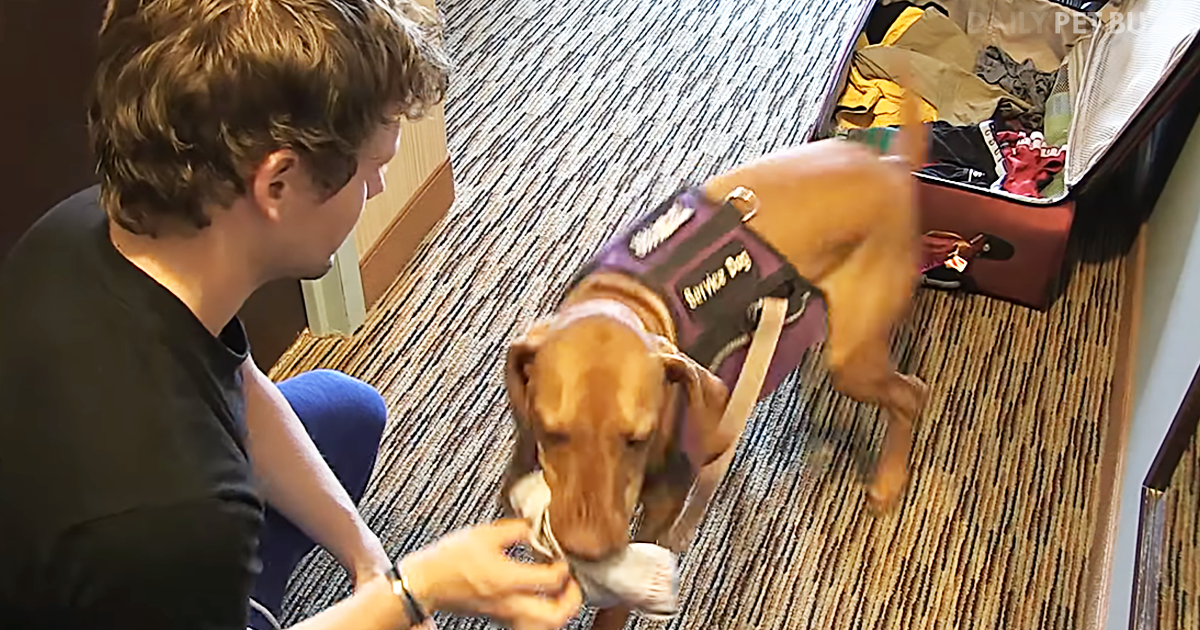 A lot of people have misconceptions that service animals are like robots: their sole purpose is to get things for the person they are charged to. No, these are animals like every other kind out there, and they have their own distinct personalities.

Take Stella, a Vizsla who goes everywhere comedian Drew Lynch goes. While she does do everyday tasks, this video also showcases her personality – watch a couple of his V-logs too to see what she’s like.

Stella is a really cool service dog; she does everything from getting Drew a towel at the gym to holding the door open for him when he leaves the hotel room. She’s an awesome-looking Vizsla too, and it’s easy to tell that she adores him too, not because she’s on duty.

She relies on hand commands because of the fact that Drew stutters, and it would probably be hard for her to understand him. It’s not just a stutter – Drew has a severe stutter. He wasn’t born with it; he had an accident while playing softball during his first year in Los Angeles when he was trying to be an actor.

That really hurt Drew’s chances to act, unless the script actually called for it. So he became a stand-up comic, even being a runner-up on ‘America’s Got Talent,’ and he even incorporates Stella into a lot of his YouTube videos, where he addresses things like people making rude comments about her.

The very nature of their work leads to bonding between the two. This video shows a funny insight into their interaction. Drew is a very creative person, and the captions that he comes up with for Stella’s activities are hilarious. When she gets him the gym towel, he writes ‘personal trainer.’ It’s funnier when you watch it – I hope they spend many more years together. Maybe they could even write a book – Don’t miss their delightful story in the video below. 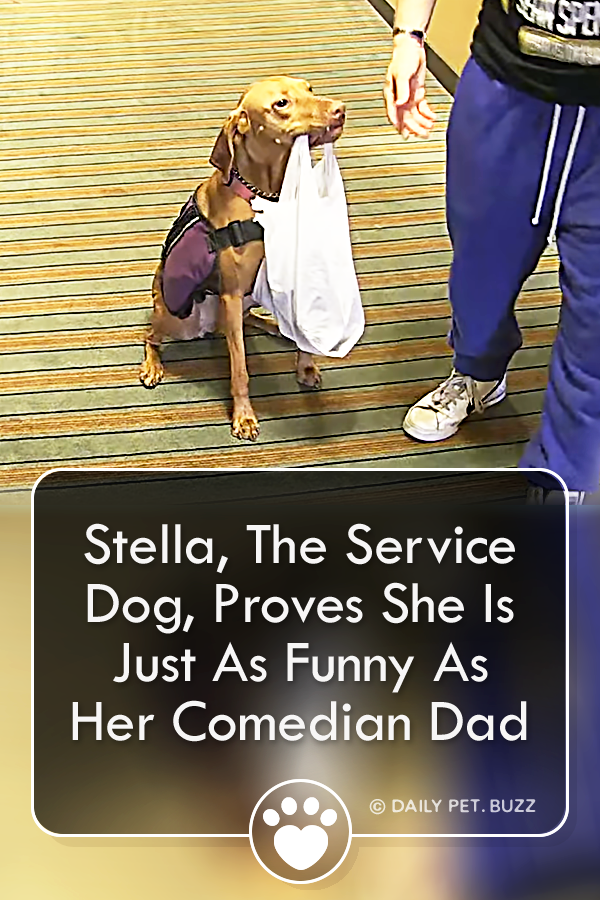