Dogs can seem to be a bit oblivious, but they are smart creatures. They know exactly when they are busted and really can’t hide their guilt. Dogs have some of the most expressive faces in the animal world, not to mention their body language. The tail between the legs is sure-fire sign of guilt and apology. And the dog in this video is no exception. He did something he was not supposed to and how he shows his guilt is simply priceless. This little guy is going to crack you up and make you day for sure! He sure made mine!

The pooch is called Matzo and he just knocked over a trashcan in the kitchen. There must have been something in there he wanted badly, because he just couldn’t control himself. He knows that he is going to get scolded. Obviously, when mom sees the trash all over the place, she tries to confront him. But how Matzo responds is one of the most hilarious reactions ever! Matzo’s philosophy is ‘out of sight, out of mind’ and he’s thinking he’ll just make a quick exit and mom will forget what he did. He doesn’t deny or fight back. He just tries to slip away thinking she won’t notice! And it is so cute!

Watch guilty Matzo in the video! Did this bring a smile to your face too? If it did, please be sure to share this video on social media so all of your friends and family can smile today too. 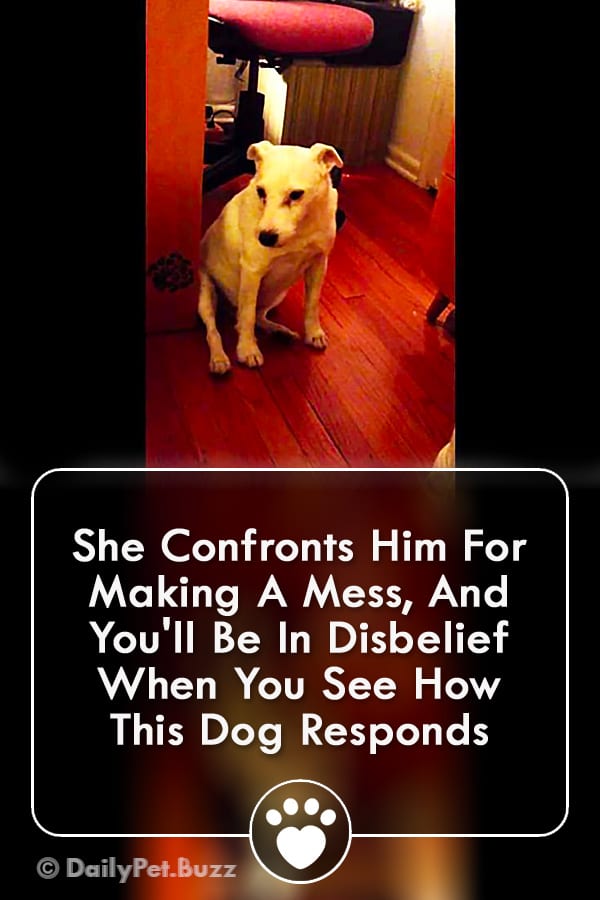