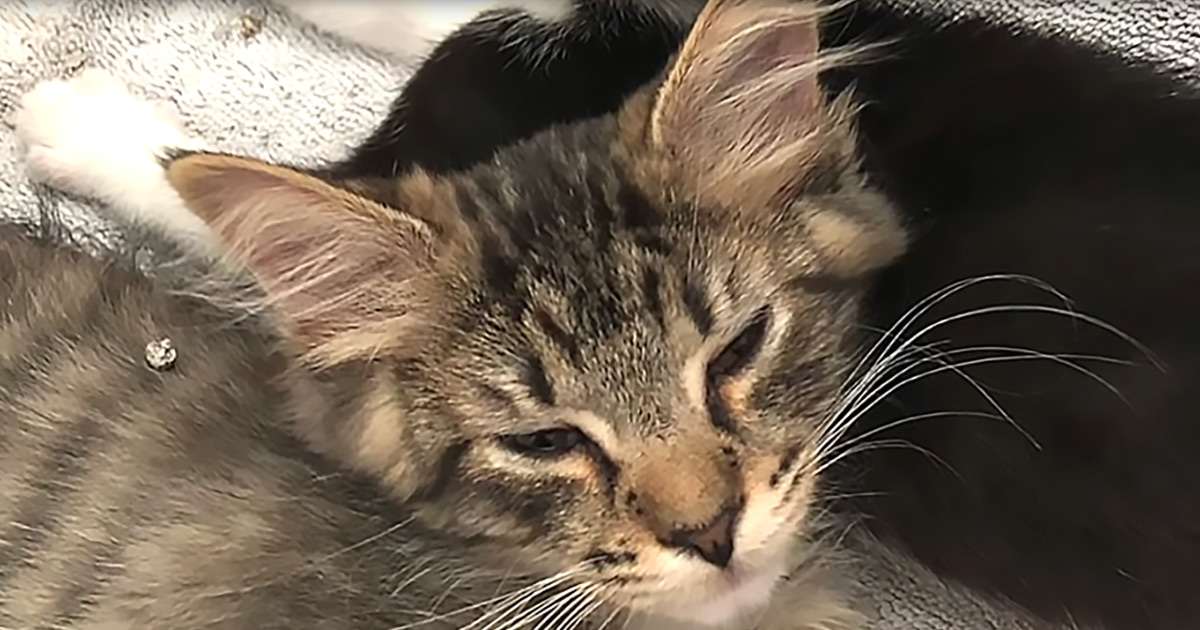 Binky the delicate crying tuxedo kitten was rescued from outside and it was clear from the start that the snuggly, affectionate waif needed a friend to help her feel secure. The rescue volunteers introduced her to several potential feline companions, but one, a tabby named Mochi, stood out from the rest. The two kittens established an instant connection.

Mochi had been found alone in an alley, having come from circumstances similar to Binky. Craving a cuddle-buddy, she and Binky were inseparable from the beginning. Learning feline behavior from her slightly older new best friend, Binky began to thrive, as she imitated Mochi’s every move, including eating copious amounts of food.

Her once-infected eye healed and she flourished under the spell of the newly-established relationship. Binky refused to let Mochi out of her sight and Mochi was happy to have a little buddy tagging along behind her.

Rescue workers cheered when Binky finally weighed in at a full pound, knowing that having reached that landmark indicated she was finally thriving. The little tuxedo-coated baby protested loudly, inconsolable, when her friend Mochi was taken from her side to be spayed. It was clear that these two were a bonded pair and would have to be adopted together. That dream has since come true, and now not only are Mochi and Binky best friends forever, but they are officially adopted sisters. 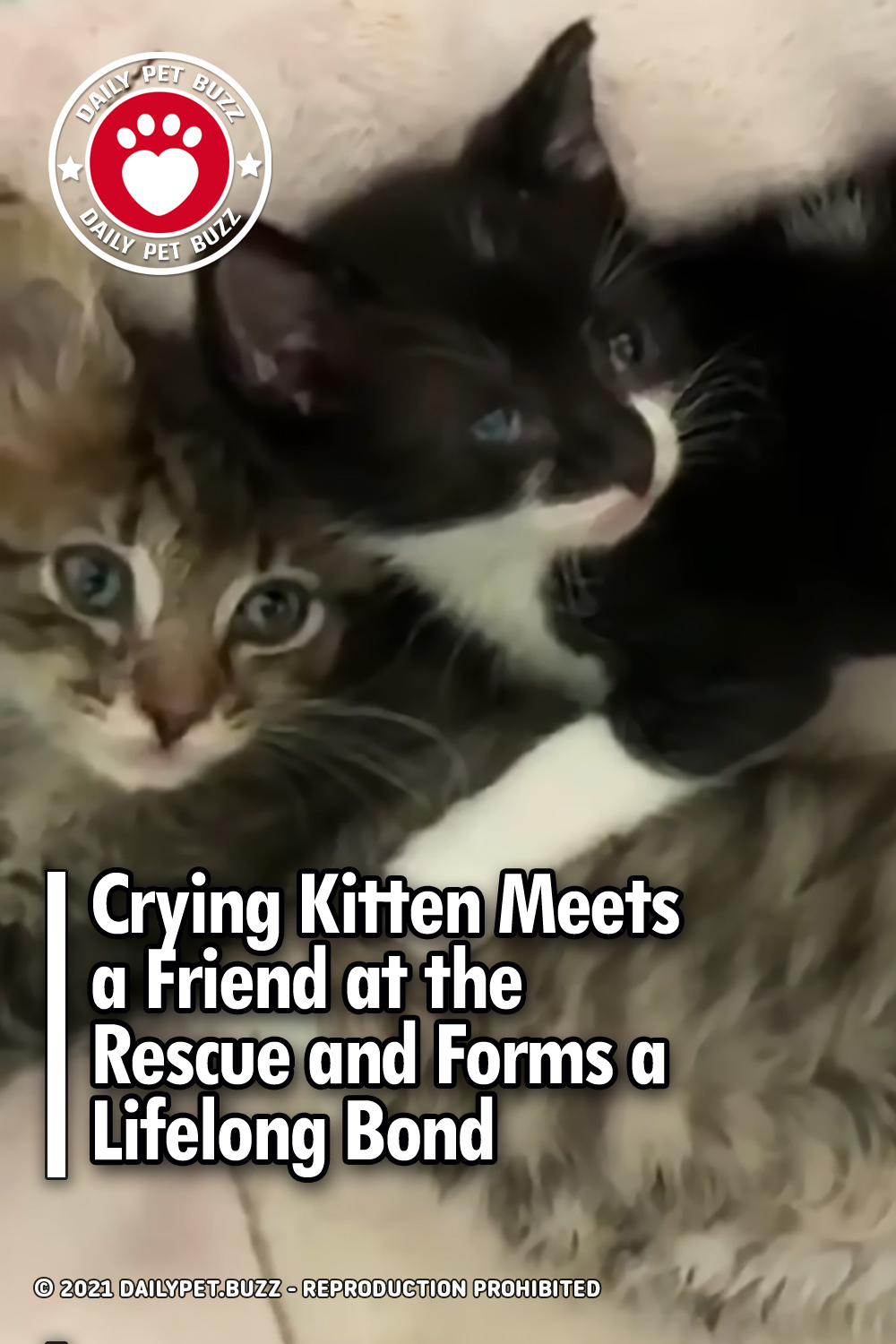