It’s amazing how dogs can learn all kinds of hilarious tricks and skills that they can show off for us humans, as their friends. In the video we brought for you today, we meet Sam, a German Shepard who as other dogs of his breed shows that he is extremely intelligent and trainable. These dogs were originated in Germany as sheep dogs, but they raised in popularity quickly because of their athletic aptitude, their intelligence and trainability. Unlike other more military dogs, they can be very playful and are actually very fond of children.

If you scroll down a bit, you will see this beautiful doggy’s great trick that he has to show for his human. He has been practicing for weeks, and after all that time, he finally has nailed it to perfection. When his human friend points and ‘shoots’ him with his finger, saying ‘You’re Dead!’ , the dog plays as if he had really been shot, but it’s not your average ‘play dead’ trick, he really takes it to a new level with his acting! I can see a future in Hollywood for this cute pup, and when you see the video above, you’ll know exactly what I’m talking about!

Just watch for yourself right under here! 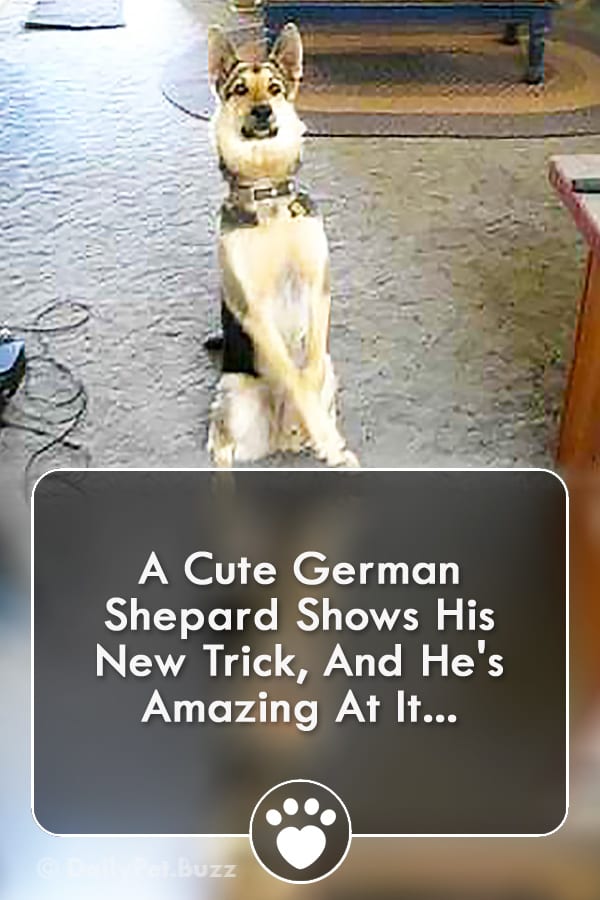